Why Save the Sky? 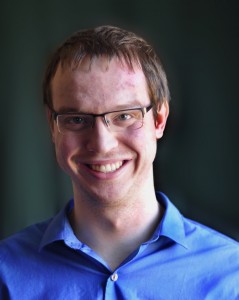 This guest post is by Morgan Rehnberg, a graduate student in the Department of Astrophysical and Planetary Sciences at the University of Colorado – Boulder, where he studies the rings of Saturn. We met Morgan at the June 2014 ComSciCon national workshop, where this piece was first drafted. In his free time, he runs the popular-astronomy website Cosmic Chatter and advocates for increased public awareness of science. You can follow him on Twitter at @MorganRehnberg.

It’s been forty-five years since the world last gathered to look at the sky. That night, hundreds of millions of people would go outside to gaze at our moon and marvel at two men almost unfathomably far away. It was perhaps the final act in a romance which has spanned millennia: mankind and the night sky. Today, our knowledge of the cosmos dwarfs that of our ancestors, but our relationship with it is but a shadow of theirs. We’ve lost our connection to the Universe and, with it, a bit of ourselves. But, it’s not too late to reverse course. This breakup doesn’t have to be final, but we’ve got to act to save humanity’s first love.

Perhaps no event so highlights our disconnect from the sky as the 1994 Los Angeles earthquake. With power knocked out across the city, calls began flooding into emergency centers and television stations. Panicked citizens wanted to know if the earthquake had been caused by that “strange, giant, silvery cloud” hanging in the night sky. It wasn’t smoke or dust or clouds they were seeing. Thousands, perhaps millions, were seeing the Milky Way for the first time in their lives.

Before we enveloped ourselves in a cocoon of light, the stars used to dominate our nights. From a really dark place, you can see perhaps five thousand individual stars. Billions more lend their glow to the Milky Way. Today, there are but a few places in the developed world where one can take in such a view. Prior to the invention of electric lighting, there was practically nowhere you couldn’t.

Our ancestors depended upon the night sky. They navigated by the stars to circle the globe and to escape from slavery. They planted their crops in accordance with the appearance of certain objects and marked time by observing the solstices. The stars weren’t just pretty; they were invaluable tools.

To think of the sky as merely the first calendar, however, is to vastly underestimate its psychological impact. Virtually every culture on Earth told stories set against the backdrop of the cosmos and formed the bright stars into their characters. The tales are as varied as the civilizations which envisioned them. Our modern constellations may be derived from those of Greece and Rome, but every empire had different ideas. Perhaps most remarkable are the constellations of some cultures in the Southern Hemisphere. There the sky was so dark and the Milky Way so brilliant that peoples like the Inca formed pictures not by connecting stars, but by looking for the gaps. Mach’acuay, Lord of All Serpents, for example, occupied one of the great dust lanes of our galaxy. This dust extinguishes the light of stars and leaves behind a striking expanse of darkness. It was this void that formed the great snake.

The canvas could not endure forever. In 1831, Michael Faraday became the first person to generate electricity. His discovery would change the world, but it would start an inexorable path towards our isolation from the rest of nature. It’d be foolish, though, to criticize our forefathers for choosing the path they did; electricity enabled an unprecedented leap in the powers of mankind. With it we learned to communicate across vast distances, extend our homes towards the heavens, and fight the diseases that haunted us. Electricity changed us for the better.

But, as town after town began to light its streets, electricity also allowed us to beat back the night sky. Light became a badge of progress. From New York to London to Tokyo, night turned into a second day. The intricate tapestry of the Milky Way faded into a pale gray blur. Stars gave way to skyscrapers. As the march of progress hastened, so did the fading of our cultural memories. The night sky became like the American Dream: an idea we all acknowledged was out there, lurking just beyond our grasp.

You may ask, does all of this really matter? With billions living in poverty and our climate irrevocably changing, should we bother fretting about a few lost stars? The answer must be yes. Today, our priorities have never been more provincial. We’re more concerned about the next financial quarter or upcoming film release than the long-term health of our people, societies, and planet. Maybe it shouldn’t surprise us that we increasingly focus on ourselves when we’ve blocked out the rest of the Universe. Would people still refuse to vaccinate their children or fund science or feed the needy if they could see the Milky Way? Of course. But would a nightly, visceral reminder of our place in the cosmos force some to think more broadly? I think so. The Earth is a tiny vessel adrift in an enormous sea; perhaps the universal experience of a brilliant sky would remind us that we have more to bind us together than to cleave us apart.

Distressingly, the effects of losing our night sky may be even more insidious than simply changing minds. A brighter night may be changing our bodies, as well, and not for the better. Evidence is beginning to mount that exposure to artificial light at night changes the very chemistry of our organs. Cancer, chronic fatigue, and more, have been attributed to these subtle shifts. As people around the world flock to cities, this hidden epidemic will grow. Thankfully, the cure may be within our reach: restoring a dark night so that our bodies may rest as they have for millions of years.

It’s not too late for us to take action. It’s easier than you might think. Start small: if you use outdoor lighting for your home, consider removing it. If you deem such fixtures a necessity, ensure that they all direct light downwards. Not only will this prevent stray light from escaping to the sky, it will also better illuminate your property. Contact your local government and encourage them to do the same. Downwards-directed lighting can substantially reduce the electric bill for any institution. Need some inspiration? Visit Flagstaff, AZ, the world’s first International Dark Sky Community. I’ve been there and, let me tell you, walking out of a restaurant to the sight of the Milky Way is an astonishing experience.

What about safety? Don’t we need those lights to protect our families, friends, and neighbors? It’s true, we do – to an extent. Beyond a base level, however, more light simply does not correlate with less reported crime. Bright light cuts two ways, helping the criminal just as much as the homeowner. Modern communities need light at night, but only the right light. Any more than that and we’re just shoveling money down the drain.

We can do this. One at a time, street by street, town by town, we can save the sky. For thousands of years, our view of the Universe inspired us to do the magnificent. Let’s take that back for future generations, because, as our grasp widens, so must our appreciation for the cosmos into which we reach.