Title: Planets in other universes: habitability constraints on density fluctuations and galactic structure 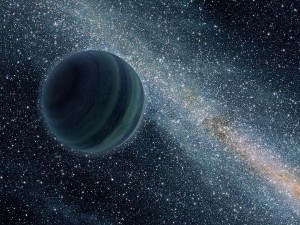 The artist’s conception to the right shows a lonely planet, wandering through space. Planets like these could be habitable in other Universes, say Adams, Coppess & Bloch.

Any teeny-tiny variations in the density of matter and radiation that existed, fractions of a second after the big bang, eventually snowballed into galaxy clusters and voids. The amplitude of the primordial density fluctuations, Q, has played a fundamental role in designing the Universe of today. 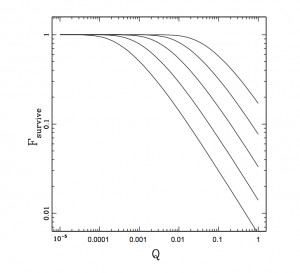 Figure 1. The variation in the fraction of planetary systems that survive as a function of Q. The value of Q in our Universe is 10-5. As Q gets larger the frequency of collisions between stars increases and planetary systems are disrupted.

If Q is too large, galaxies are very dense; the average distance between stars decreases and stellar collisions become much more common. Figure 1 shows how the fraction of planetary systems that survive changes as you increase Q. The value of Q in our Universe is 10-5. The different lines show the result for galaxies of different masses, where M = 1010 − 1014 Msun, from lower left to upper right. 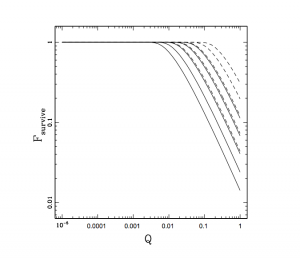 Figure 2. The variation in the fraction of planetary systems may be habitable as a function of Q. The value of Q in our Universe is 10-5. As Q gets larger, galaxies tend to become more dense and the average distance between stars decreases. Starlight may get so intense that it outshines the planet’s host stars and fries them. The different lines show the result for different galaxy masses, as in figure 1. The dashed lines show the effect of changing the average stellar luminosity within a galaxy.

An increased number of collisions isn’t the only factor to affect habitability. If the average distance between stars were to decrease, starlight would contribute a significant fraction of the radiation received by a planet until, eventually, the stars would outshine the planet’s own Sun! At some value of Q, the starlight would get so intense that planets orbiting stars would be blasted with radiation and life wouldn’t have a chance.

So, if Q is too high, stellar collisions and lethal starlight ruin the chances of developing life. However, there is another opportunity for galaxies with a higher Q than ours. If stars are just the right distance apart that all the free-floating planets in the galaxy are bathed in gentle, warming radiation, a planet won’t even need a host star to be in the ‘habitable zone‘! There could potentially be millions of free-floating, habitable planets, heated purely by starlight. These planets would need to be far enough from the galactic centre that they avoid collisions and extreme radiation, but not so far that they aren’t heated enough bt starlight. They need to lie in, what the authors call, the ‘Galactic Habitable Zone’.

Figure 3 shows the fraction of planetary systems that are within the galactic habitable zone as a function of X, where X is a sort-of proxy for Q. It’s a composite parameter which is described by the stellar density, the characteristic scale of the galaxy and the average luminosity of all the stars in the galaxy. The dashed line shows the fraction of habitable planets expected in our own galaxy. So Universes producing galaxies with f > 0.1 will be more habitable than ours! In other words, many parallel Universes could be even more habitable than our own! 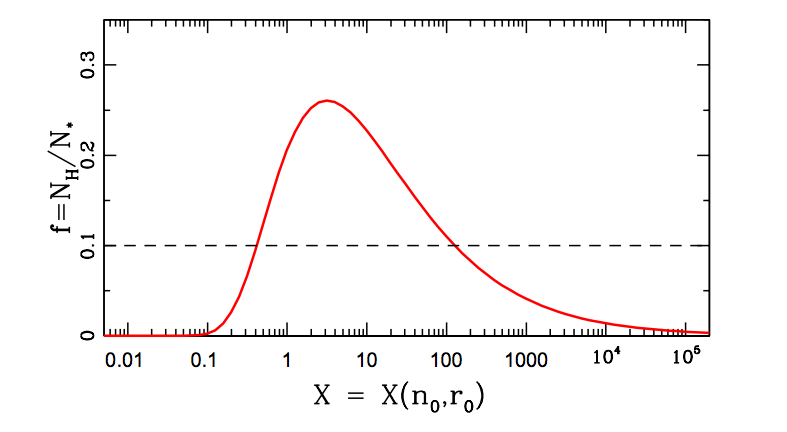 Figure 3. The ‘Money Plot’. This figure shows the fraction of Solar systems that are within the ‘Galactic Habitable Zone’ as a function of X (a proxy for Q).