Can we predict if planets are lonely?

Congratulations! You’ve just found your first exoplanet transiting a star. You may wonder if there are any additional planets in that stellar system. This information is important in deciding which targets are worth spending more time observing at the telescope. Can we use the known stellar and planet properties to predict whether more transiting planets may be found?

To select their sample of stars, the authors took all the planet candidates from the California Kepler Survey, removed known false positives (signals since proven not to be due to a planet) and non-planetary sized candidates (> 22.4 Earth radii). They also filtered out weak signals (SNR < 10 ) and stars fainter than Kepler magnitude 14.2 to ensure observed differences are astrophysical rather than a selection bias. If only one planet in a multi-planet system survived these cuts then the entire system was removed. The authors also wanted to make sure any additional planets would likely have been detected, so they filtered out systems where a hypothetical planet with 1.5 Earth radii and a 30 day period would not be detected with a SNR of 10.

Any difference in the stars? 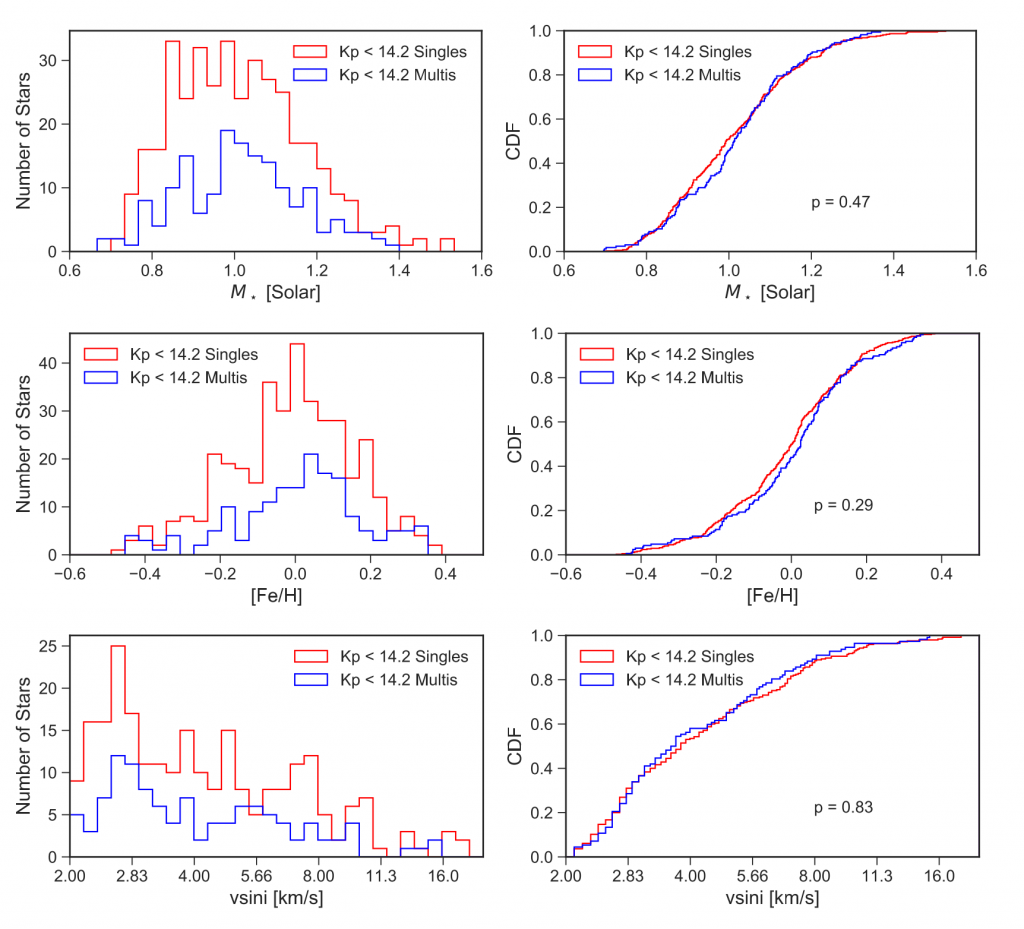 Figure 1: Comparison between single (red) and multi-planet (blue) systems for distributions of stellar mass (top row), metallicity (middle row) and rotational velocity (bottom row). Histogram plots are on the lefthand side and cumulative distribution functions on the right. P values indicate no significant difference between single and multi-planet systems. Figure 5 from today’s paper.

Can planets tell us if they are lonesome?

After finding no significant difference in stellar properties between single and multi-planet systems, the authors investigated planetary properties, specifically planet radius and orbital period. The top panel of Figure 2 shows that both single and multi-planet systems display the radius valley, where there is a lack of planets with ~ 1.8 Earth radii. While there are differences in the distribution of planets around the radius gap, there aren’t enough sub-Neptune planets near the valley for the difference to be statistically significant. The radius valley is also seen in multi-planet systems separated into different numbers of transiting planets (middle row of Figure 2). 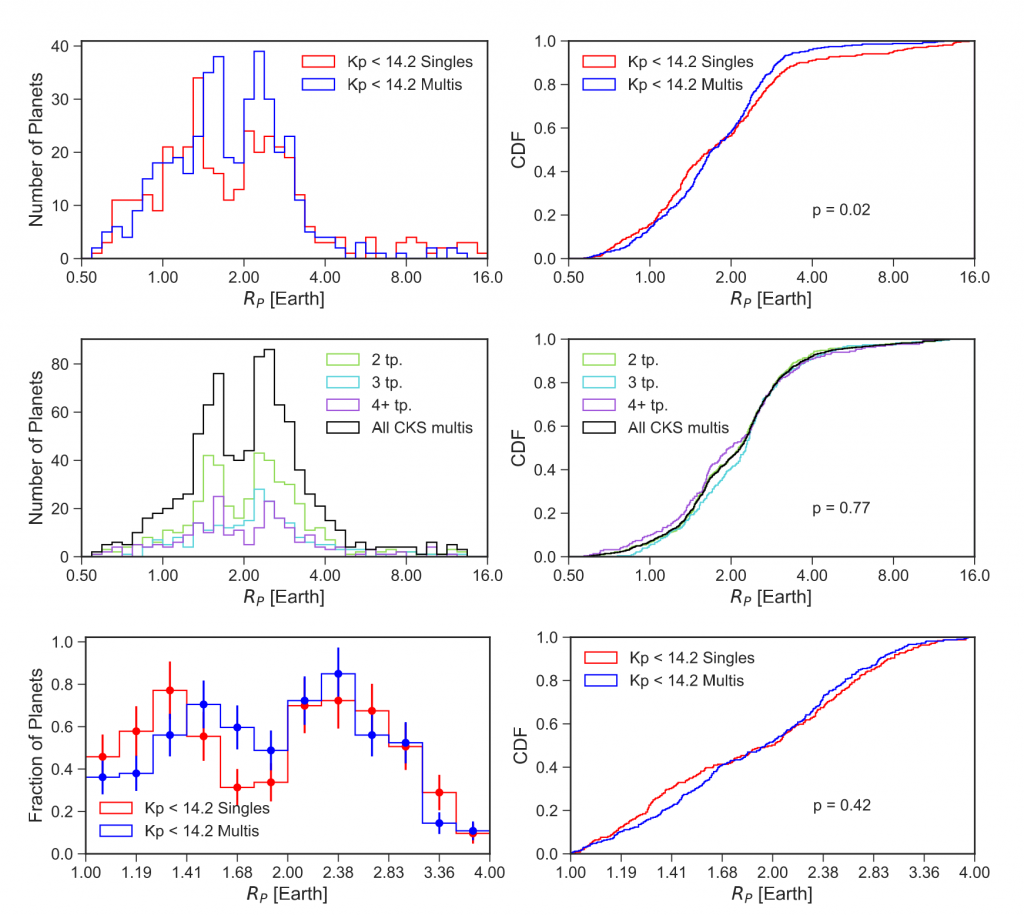 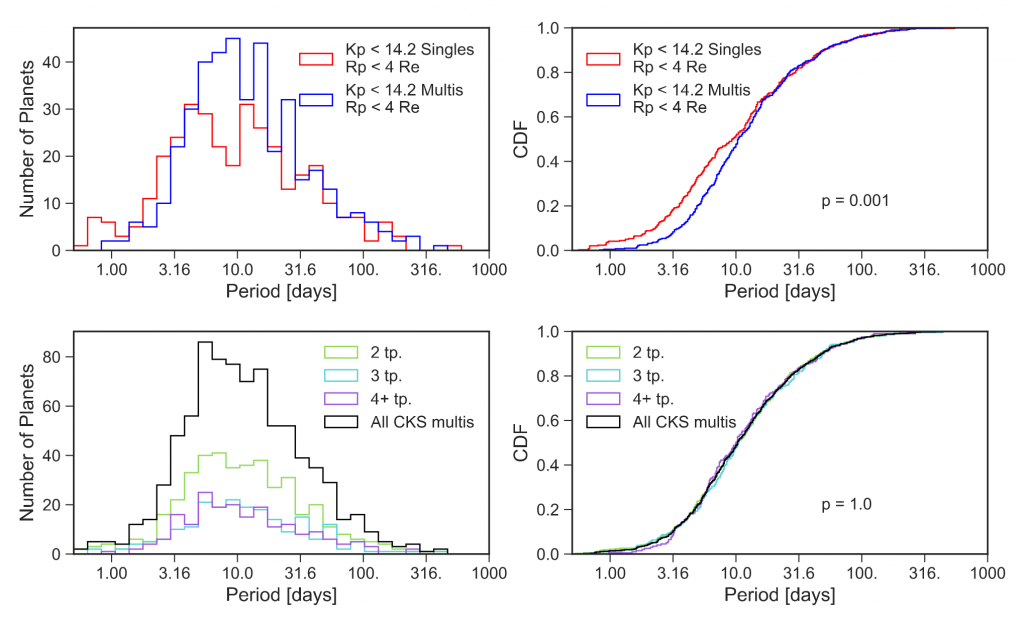