This post is part of our series #BlackInAstro. For our cornerstone post, see here. This week, we will be posting a #BlackInAstro story every day for #BlackInAstroWeek. In this installment, we are summarizing a sociological study on Black students’ views of science in England, and the authors’ subsequent recommendations on moving from a sceince “pipeline” to a science “springboard.”

Title: Is Science for Us? Black Students’ and Parents’ Views of Science and Science Careers

Too often, the problem of Black underrepresentation in science is presented as stemming from a lack of Black students’ interest in the field. In fact, the opposite is true: in England, Black students value highly and display interest in it, but choose not to take non-compulsory science courses after the age of 16. Furthermore, qualified minority ethnic students are still less likely to study the physical sciences at university compared to their white peers. Because of this discrepancy, the authors of today’s paper were specifically interested in the identities and aspirations of Black students in England, while bringing an intersectional lens to their analysis in examining the ways ethnicity interacts with gender and social class to impact these aspirations.

The authors incorporated a number of ideas from feminist theory to construct their study. Importantly, the authors do not view identities with an additive model—that is, the experience of a Black woman is not the same as an experience of a white woman added to the experience of a Black man—but consider how unique identities exist at the intersection of oppressions and inequalities. They also use the idea of science capital: an amalgam of science-related forms of social, economic, and cultural capital. The authors’ analysis draws on the relationship of these identities with the dominant discourse on the “ideal British student,” which tends to position such a student as white, male, and middle-class (see Table 1). Furthermore, the authors center Black students’ aspirations, not because they are necessarily predictive of future career paths, but because they are indicative of how intersections of social inequalities impact students’ lives.

The authors represent the stereotypical patterns of three types of students in the dominant UK educational discourse. By continually categorizing students in the three groupings by socioeconomic status, the discourse in fact keeps producing the three categories of students with their expectations. An example of this is called stereotype threat: being reminded of negative stereotypes can lower students’ test scores in studies (see this example). Table 1 in the paper.

The Methodology of the Study

The 5-year study consisted of large surveys and repeated interviews with a subsample of students and their parents in three phases (see Table 2 for a comparison of the English and American school systems):

The study places particular emphasis on students who self-identified as “Black” and “Black/White”—about 6% in each phase. The survey collected a range of demographic data and covered topics such as aspirations and attitudes towards science, perception of gender-identity, images of scientists, parental involvement and attitudes, and more. The questionnaire was followed up with interviews of a subsample of participants and parents, of which 10 were Black students, and 6 their participating parents. Interviews were conducted by non-Black researchers, and broadly explored the students’ experiences in more depth. The transcriptions of interviews were analyzed for patterned talk and identity performance, particularly in relation to the students’ aspirations and attitudes towards science and science careers. One example would be visualizations of scientists as white men, or as ‘brainy.’ 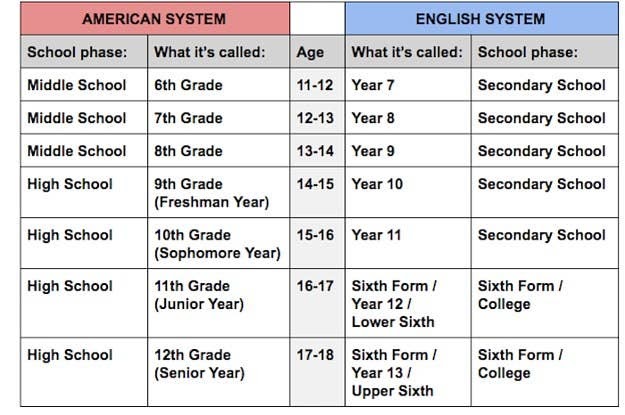 A handy chart for comparing the American and English school systems. Source: BuzzFeed.

Results of the Study: Neither a Lack of Motivation Nor Support

While about half of the Black interviewees had science aspirations, half had “never” held science aspirations, more than other ethnicities. Nevertheless, all families aspired highly for their children, regardless of social class. From Year 6 to Year 9, the Black families in the study reported motivating their children frequently to work hard and aspire to higher education. Parents who were in a position to afford it paid for private tutoring, while those who weren’t still provided encouragement, guidance, and motivation. Therefore, Black underrepresentation coil also not be attributed to low levels of family support.

What (and Who) Even is a Scientist?

So, if lack of interest and support is not the issue, what causes differing patterns in science aspirations?

Most students who participated in the questionnaire could only name a narrow range of science careers (scientist, science teacher, or doctor), despite a vague sense that science is used in “lots of jobs.” Most Black students interviewed could only envision science leading to jobs “in science,” and while they liked science and did well in school, they did not want to become “a scientist.” Some Black parents voiced that their own lack of understanding of where science can lead might be a disadvantage to them and their children. The wider questionnaire suggested that students who saw science skills as transferable were more likely to 1) have a close relative in a science field and 2) aspire to post-Year 9 science courses and careers in science.

Regardless of their interest in science, Black students conceptualized it as “hard” and ”difficult,” similarly to the wider sample. Several students voiced concerns that they weren’t clever enough for science, despite scoring highly in school. This was less commonly expressed by non-Black students in the wider sample. The difference suggests Black students were affected by the kind of talk described in Table 1, which stereotypes Black students as “bad,” working classes as “stupid,” etc. The dilemmas faced by the Black students in the study may also be exacerbated by the stereotypical images of scientists discussed, which “don’t look like me.” They evoked traditional stereotypical images of scientists: overwhelmingly as white, middle-class men, or as a “boffin” man in a white coat.

The authors present in some detail the case study of two Black girls, who do see a science career as potentially for them. Both came from supportive, highly educated families who could pay for private tutoring, with one of their fathers working as a science technician (thus holding science capital). Both girls wanted to become forensic scientists, having identified with characters portraying this occupation on television. All of these factors supported them in their perception of science as “for them,” despite their existence at the intersection of social inequalities at odds with the construction of the “ideal” British student, or even “scientist.” Indeed, the underrepresentation of particular social groups within science careers arguably reinforces the cycle, making it “twice as hard” for those who do attempt to follow science trajectories.

The authors underline that the uneven patterns of aspiration can be a social injustice in and of itself, rather than being just an issue of the science pipeline. Careers in science need to be made more open and “thinkable” for everyone, not limited by students’ backgrounds. In the authors’ words, “The absence of Black students from prestigious science routes is a social injustice in itself that needs to be addressed in its own right.”

Based on their findings, the authors suggest three courses of action:

Overall, the findings of this study stress the importance of representation and harm of the “lone genius” trope in science. These stereotypes prevent Black students in particular from seeing themselves as scientists. As scientists, it is long overdue that we move away from such harmful myths and re-position STEM as a springboard to success.

We would like to acknowledge that we are summarizing research outside of our field. While we are trained astronomers and physicists, and practiced writers of paper summaries, we are not experts in social science research. We have done our best to capture the findings of this literature accurately and respectfully, but do defer to the original papers and to the authors of the studies.

Special ComSciCon Workshop for Communicating about COVID with Black Communities