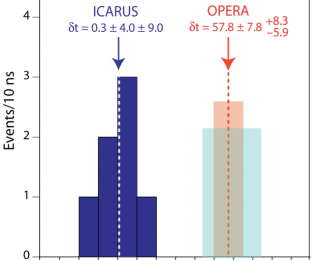 In our last update on the situation regarding OPERA’s superluminal neutrino measurement, I said that the true test of the result would be whether it stood up to independent verification.  Since the controversial result was announced last November, neutrino detector experiments have scrambled to help settle the neutrino time-of-flight with their own findings.  Now the first of those independent results has come in, and the outlook looks good for fans of special relativity: the ICARUS experiment, a time projection chamber located in the Gran Sasso tunnel, has made its own measurements of the same CERN beam used by OPERA, and has found no evidence of superluminal velocities.ICARUS is another experiment located in the Gran Sasso tunnel, an Italian facility buried beneath a mountain in the Apennines.  Because it’s in the same place as OPERA, it can also make measurements of the beam fired from CERN.  Unlike OPERA, which measures neutrinos by watching for flashes in photoscintillation material, ICARUS is a time-projection chamber.  Time-projection chambers are a modern upgrade of bubble chambers, using a large cryogenic target volume (in this case, liquid argon) gridded with electronic detectors that pick up the signatures of collisions.  Using this method, ICARUS looked for neutrino interactions from the widely-spaced beam that CERN switched to in late 2011.  The long spacing between brief pulses – 3 ns bursts separated by 524 ns – makes it much easier for the experiments on the other end to be sure of the timing, because it’s clear which origin pulse each neutrino belongs to.According to relativistic theory, neutrinos should be moving extremely quickly because they have such small masses....

The OPERA experiment in the Gran Sasso tunnel in Italy recently shocked the physics world by announcing that they had clocked neutrinos violating that ultimate of speed limits – the speed of light. Most scientists, upon hearing the news, rightly reacted with skepticism, and the results were closely examined to unearth any unaccounted-for sources of error that could have resulted in an incorrect measurement. On November 17th, the OPERA collaboration responded by pushing a new paper to the arXiv that eliminated one of their systematics, the length of the neutrino pulses received from CERN, and found that their data still show a significant superluminal signal.

Yesterday, after rumors surfaced on the Science Insider blog that OPERA’s startling superluminal result had been traced to a faulty cable, the collaboration sent out a press release stating that they had uncovered two previously unaccounted-for errors. Astronomers in particular have been skeptical of OPERA’s results based on an event that, coincidentally, occurred exactly 25 years ago today: the arrival of the neutrino pulse from Supernova 1987A. SN1987A is the closest supernova ever observed in modern times and still the only one for which we have detected the associated neutrino pulse, and it bloomed this night 25 years ago in the Large Magellanic Cloud. 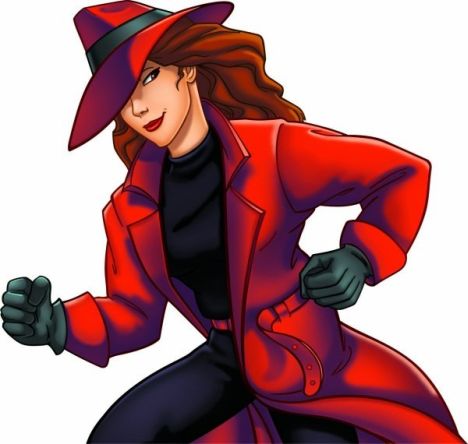 Several weeks ago, the OPERA experiment announced that they had measured neutrinos travelling faster than the speed of light. The neutrinos, which traveled from CERN to the Gran Sasso Laboratory, arrived at the detector 60 nanoseconds earlier than light (with statistical errors of 6.9 ns and systematic errors of 7.4 ns). 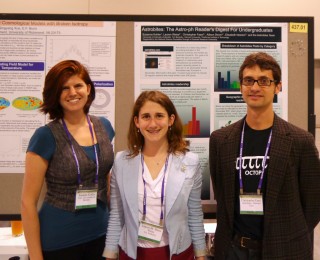 A collection of thoughts about AAS events throughout Thursday.