Do you ever, passing some secondhand bookstore or impromptu flea market, find yourself leafing through the wilting pages, in search of some lost work of unimaginable value and significance?

And do you ever, whilst comparing one crumbling manuscript with another, realize you have absolutely no idea what exactly it is you’re looking for?

Well readers, if you, like me, are a perennial browser, perusing and perambulating through old library stacks and dusty boxes magicked from the dark recesses of the human attic, then I have a task for you.

There must be, somewhere, a few copies left of an old Italian journal. Go searching in the dusty libraries of Bologna, the deep archives of Paris, the eclectic street-side book stalls of New York, for a beaten up box of copies of the journal Rivista del Nuovo Cimento. Paw through the disordered stack until you find the copy marked Numero Speziale I. And turn, whilst praying that it hasn’t slipped out or been chewed by the dog, to page 252. 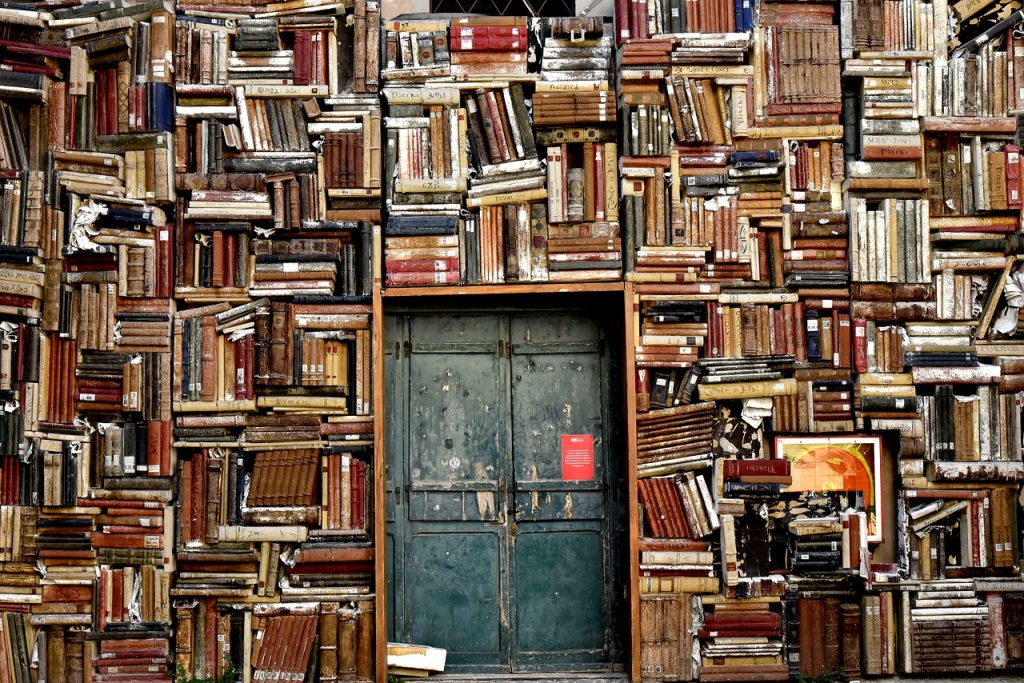 For on this page, of this edition, you’ll find something rather rare. You’ll find an article of great significance to the way we view black holes, and you’ll find a piece of work which, in its original form, does not seem to exist even in the darkest corners of that supposed eternal library we call the internet.

(Though a reprint edition can be found here (not open access))

There’s so much that could be said about this paper: The strange journey that led it to be published in an obscure (though still functioning) Italian-language journal. The huge field the paper looks to address. The slew of beautiful and bizarre hand drawn figures. The style. The tone. Almost everything about it is delightfully off kilter.

I’m only going to talk about one picture though, and the story it tells that leaks into so much of modern physics.

It’s a picture of some nice men and women dropping a fishing line into a black hole. 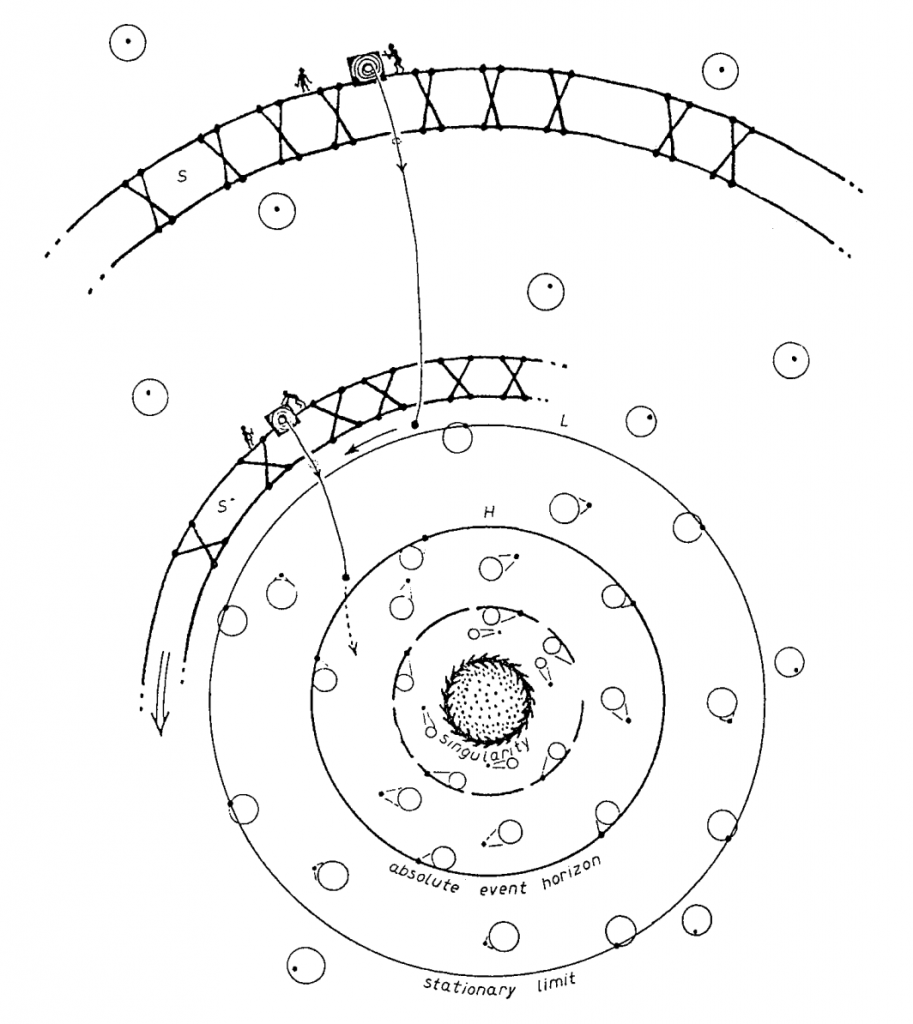 Just one of many lovely hand drawn figures from the paper.

But why are these nice people wasting their line? There are (probably) no fish in a black hole, and even if there are they’re (probably) never coming out.

But these tiny little people are clever, they’ve had an idea. An idea that will be crucial to results and observations from the expansion of the universe to the sound of black holes colliding. It links Hawking radiation with jets of hot plasma that burst clean out of their galaxy.

When you drop a lump of mass into a black hole, it will speed up and up, changing its initial gravitational potential to kinetic energy. At the very edge of the event horizon you could stop it, converting that kinetic energy back to something usable. But if you then tried to ship it back outwards and repeat the process you’d be playing a zero-sum game (slightly less actually, bound to be some inefficiencies).

And if it actually falls past the event horizon that energy is lost forever, as this close to the singularity even light cannot move fast enough to escape.

But what if there were a way to actually gain some energy, stealing a bit from the black hole?

That’s the Penrose process, a gateway drug into the now myriad methods we think about for extracting energy from black holes.

One of the simplest ways to think about it is two cosmonauts, held together by a fraught grip, as they plunge on a glancing orbit towards a spinning black hole. Whatever they do, one of them will be consumed, but, if their orbit is right, and they release at the perfect moment, one of them can just avoid the event horizon. That one can fly off, with more energy than they ever had before, in fact more than the two of them had.

This one astronaut has actually gained energy, sapping it from the rotation of the spinning black hole (and imperceptibly slowing it down).

Replace the astronauts with two soulless un-anthropomorphized lumps of ballast, and you have a sustainable and ethical way to extract energy from the black hole ad-infinitum. You even get enough energy out that you can turn some into another piece of ballast (not that turning energy into mass is easy) and still have some left over.

At least, until the black hole stops spinning entirely, but that will probably never happen…