Meet the great-great-grandparents of galaxy clusters

Galaxies aren’t scattered randomly across our Universe, but are instead arranged in cosmic filaments, huge structures that can reach hundreds of millions of light-years in length. These make up the cosmic web (shown in Figure 1), an enormous network spanning across the Universe, along which galaxies can travel. Many galaxies end up travelling into galaxy clusters, groups of hundreds or thousands of galaxies found at the point where several filaments meet, which are among the largest structures in the Universe. 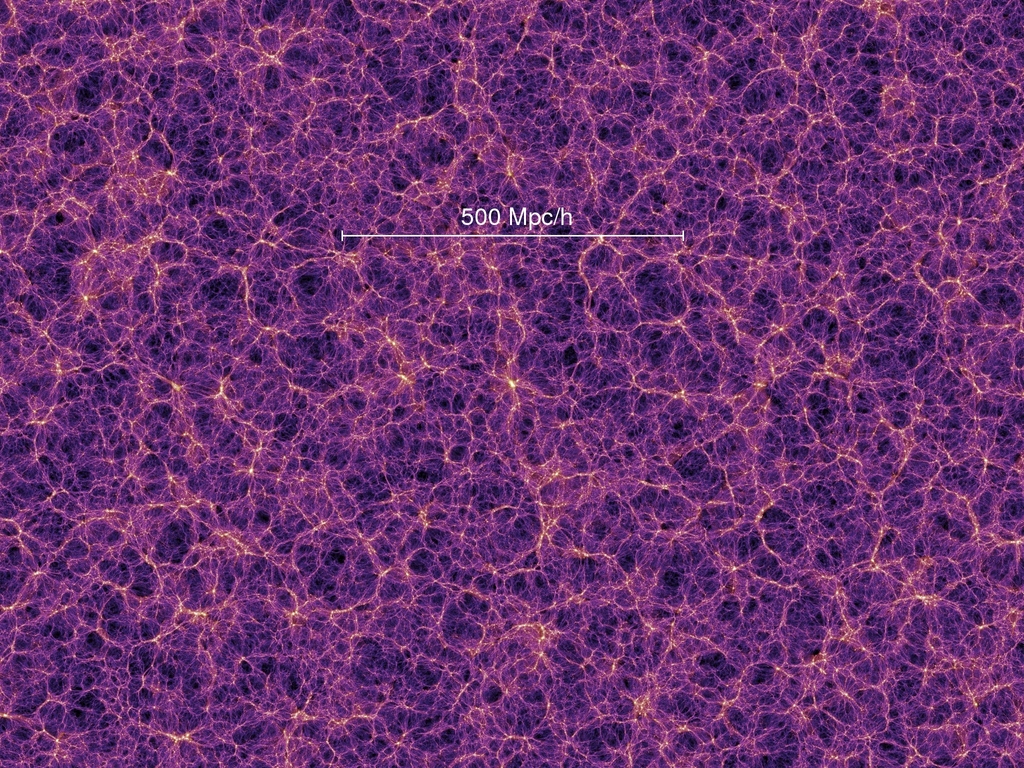 However, structures this big can’t form overnight, and astronomers now understand that it takes billions of years for these clusters of galaxies to come together. Because of that, attention has turned to studying very distant, high-redshift clusters, which show us what groups of galaxies looked like in the early Universe. These “protoclusters” are more diffuse and contain fewer galaxies, but are believed to be the precursors of galaxy clusters that we see in the Universe today.

Today’s paper announces the discovery of a new protocluster. In fact, this protocluster is the most distant ever discovered – it has been found at a redshift of z=7.89, meaning that we are seeing it just 650 million years after the Big Bang, when the Universe was only 5% of its current age!

A long time ago, in a protocluster far, far away…

This protocluster was found in the background of a much closer galaxy cluster, Abell 2744, using observations from the recently-launched James Webb Space Telescope (JWST). Specifically, the authors used data from the GLASS-JWST programme, which has photographed Abell 2744 and the surrounding galaxies using several different instruments on JWST.

The data used to find this protocluster came from the NIRSpec instrument on JWST, which collected “spectroscopic” measurements for several galaxies in the background of Abell 2744. These measurements are normally very challenging to make, requiring long exposures with large telescopes, particularly for distant galaxies. However, Abell 2744 helps us out! It acts as a gravitational lens, meaning that it magnifies the background galaxies, making these measurements possible.

The resulting galaxy spectra can be used to calculate redshifts (and therefore distances) very precisely. The authors examine six galaxies all found inside a circle of radius 60 kpc, highlighted in Figure 2, below. They find that they have nearly identical redshifts, indicating they are all the same distance away from us. 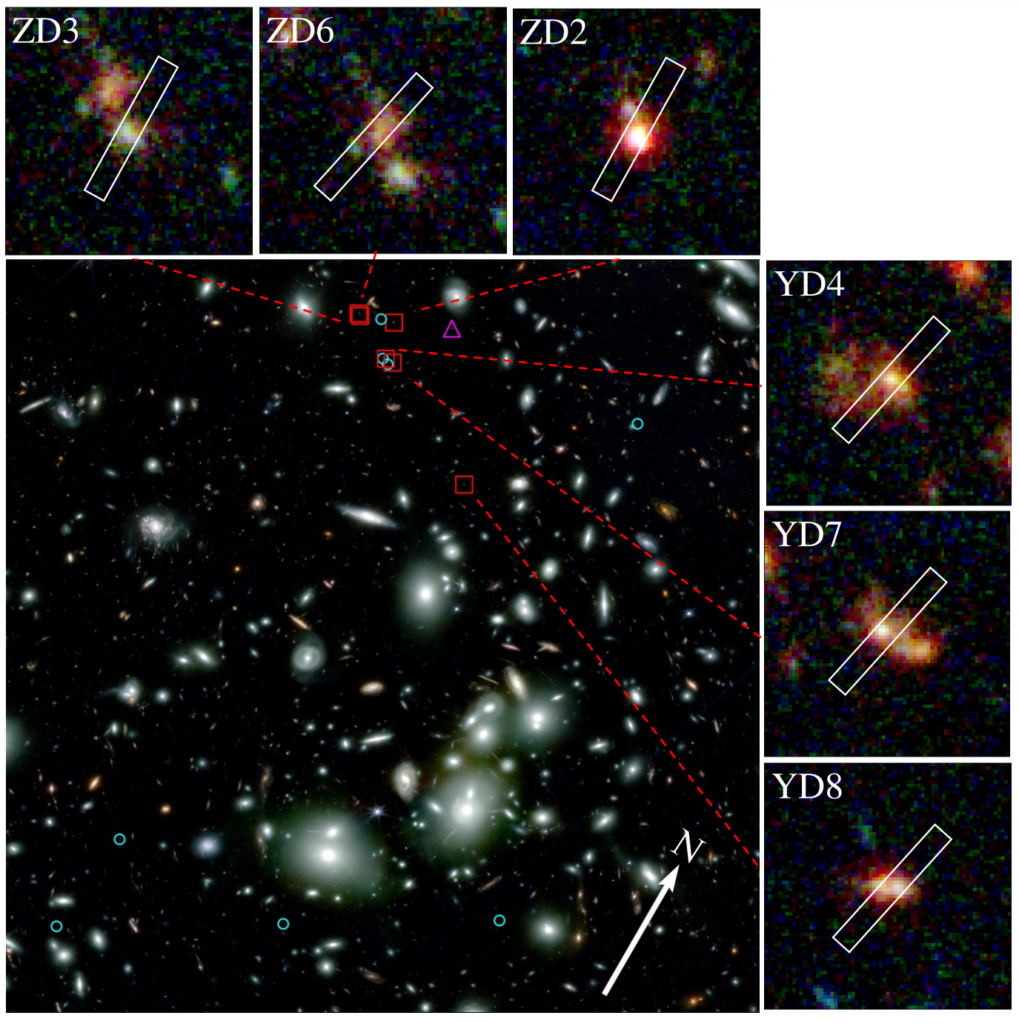 Figure 2: Image of the Abell 2744 cluster, with enlarged images of background galaxies above and to the right. The positions of the six confirmed protocluster members are shown by red squares. The cyan circles and magenta triangles show other potential members, which will be confirmed in future work. White rectangle on each zoomed image shows where the spectroscopic measurements were made. Credit: Fig. 1 in today’s paper.

The ghost of clusters yet to come

If the galaxies in the early Universe were indeed scattered randomly across the cosmos, we would not expect six galaxies at the same redshift to be located within just 60 kpc of each other. Instead, these galaxies must be a part of some structure – a protocluster! Future work will examine more galaxies in this patch of the sky, to find if there are any additional members not yet identified.

With a mass of 400 billion times the mass of the Sun (although this is just a lower limit), this protocluster is substantially smaller than the clusters we find in the nearby Universe. However, it shows us that, even in the earliest stages of the Universe, the seeds already exist that can later grow into huge clusters of galaxies.

It’s now clear that, in order to learn how the structure of our Universe formed, we need to look right back to its beginnings. The first protoclusters had already been established just 650 million years after the Big Bang. Equipment like JWST, specifically designed for these high-redshift observations, will allow us to learn more about these structures than ever before, and ultimately to better understand the origins of the present-day Universe.

Colossal strands of galaxies are spinning through the Universe

JWST takes a peek at the first ever galaxies