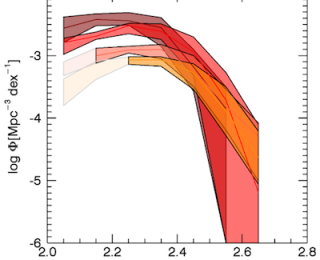 Astronomers at Yale investigate how the number of galaxies at fixed inferred velocity dispersion (a probe of the total gravitational potential) changes as a function of time. Their results support a picture where star-forming galaxies are somehow “quenched” and transition to the non-star-forming galaxy population, consistent with leading ideas of galaxy evolution. 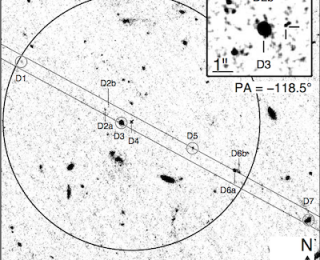 Using a combination of spectra from gamma-ray burst afterglows and photometry and spectroscopy of nearby objects, astronomers have found the galaxy counterpart to at least one high-redshift absorption system, bumping the total number of such galaxies from nine to ten. 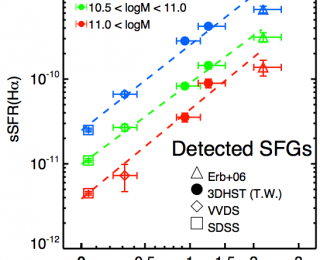 Astronomers in Leiden have measured star formation rates across a large range in redshift with H-alpha spectroscopy for the first time, which is a huge leap forward in our ability to compare the local Universe with high-redshift. 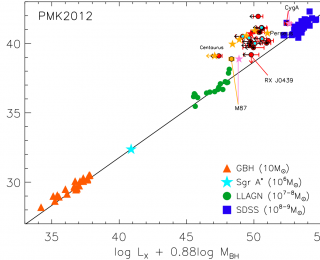 A team of astronomers at the University of Cambridge have uncovered evidence for ultramassive black holes in the giant elliptical galaxies that sit at the center of galaxy clusters. These whoppers could be up to ten times more massive than ordinary supermassive black holes, like the ones we usually find in centers of galaxies. 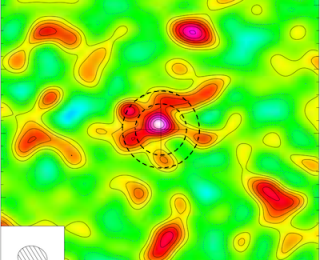 The idea of “negative feedback” on star formation in galaxies is ubiquitous, but the debate about what causes the massive outflows we see in galaxies is far from over. Now, Maiolino et al. have found evidence of a massive quasar-driven outflow at z > 6, making it the earliest instance yet of a central black hole affecting its host galaxy on a global scale.