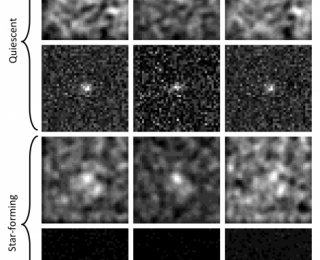 The authors investigate the fraction of massive galaxies at z ~ 2 that contains an Active Galactic Nucleus (AGN), in hopes of understanding the importance of AGN in quenching star formation. 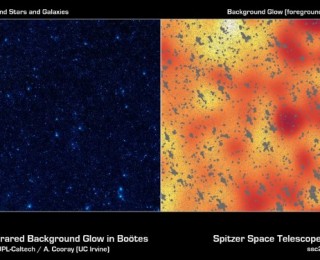 New observations at infrared background find a mysterious background glow on the sky, which is inconsistent with the previously proposed models for its origin. The authors suggest that the infrared glow could be coming from rogue stars that have been expelled from host galaxies out into the dark matter halos that surround galaxies. 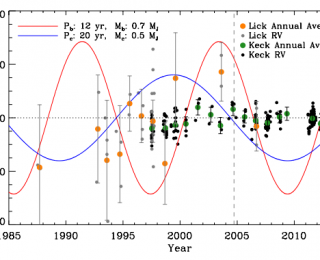 Looking for planets around Barnard’s Star

For the first time ever, radial velocity measurements of Barnard’s Star are used to search for planets. The existence of previously claimed system, involving two Jupiter-sized planets, is ruled out. The upper limits on the non-detection also rule out planets with masses above a few Earth masses. 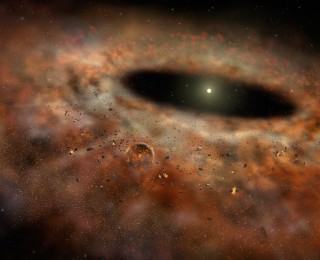 The authors report on a young, Sun-like star with a debris disk of dust and larger rocks that has had the dust particles mysteriously vanish from the disk in a span of less than two years. 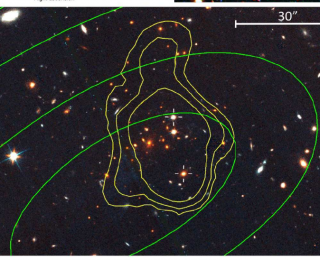 The authors discover a strong lensing arc behind an unusually massive galaxy cluster at high redshift. The existence of such a lensing system at high redshift is found to be inconsistent with the standard cosmological model.