Introduction
Cosmic rays consist of energetic, charged subatomic particles that impinge on the Earth’s atmosphere. These particles exhibit a wide variety of energies, ranging from less than

(the kinetic energy of a baseball moving at 60 mph!). 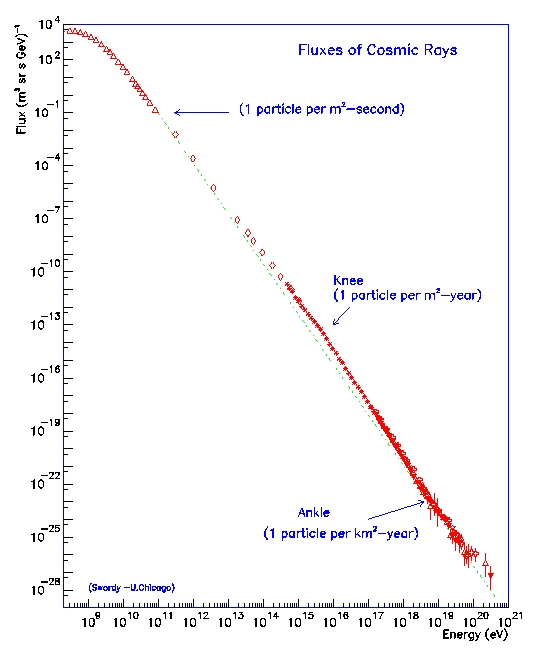 Ultra-high energy cosmic rays (UHECRs) are — unsurprisingly — those with extreme kinetic energy (for the purposes of this paper,

). A popular theory for the origin of UHECRs is shock acceleration via the Fermi mechanism, wherein charged particles become accelerated to high energies via successive collisions with the advancing shock wave. If this mechanism were to occur in the relativistic shocks of gamma-ray bursts or flares of active galactic nuclei, it could accelerate particles to the energies observed in UHECRs.

This paper aims to test the viability of this theory by calculating a theoretical upper limit for the energies of UHECRs attainable via Fermi acceleration.

Methods
The authors consider the upper bound on the bolometric luminosity of any astrophysical engine, equivalent to radiating the entire rest mass of a body in a single light travel time across its Schwarzschild radius. They combine this bound with the physics of the Fermi mechanism and synchrotron cooling to calculate an upper limit on the energy of the UHECR population.

Results
The resulting bounds are described in Figure 2. Assuming maximally efficient acceleration in relativistic shocks, driven by maximally luminous astrophysical engines, the authors find a maximum particle energy which is given by Line III for spherical flows and Line V for highly-beamed ( 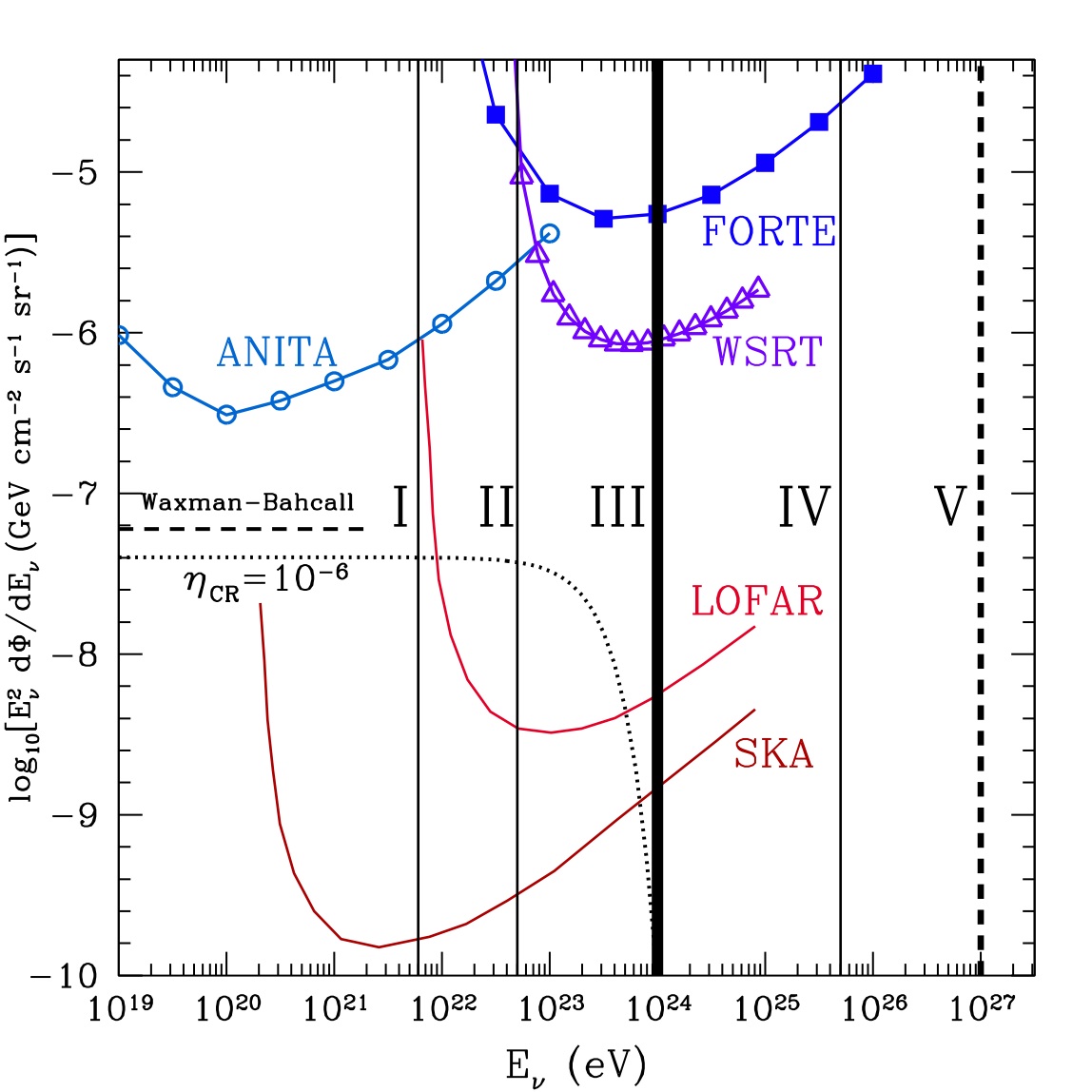 Figure 2: Neutrino intensity vs. energy. Current and projected experimental upper bounds, as well as the theoretical bounds derived in this paper, are shown.

Lines II and IV show the average neutrino energy produced by cosmic rays with the maximum energies given by lines III and V respectively. The upper limits of current (ANITA, WRST, FORTE) and projected (LOFAR, SKA) experiments are also plotted, showing that the bounds calculated are within range of experiments. This means that these energy bounds are testable: for instance, the observation of a single neutrino above line III would rule out the possibility of spherical shock acceleration as the origin of the primary particle’s high energy.

Thus, the authors argue, the particle energy limits calculated in this paper should allow for determination of whether or not Fermi acceleration via relativistic shocks is a plausible means of producing UHECRs.