The Cambridge Science Festival is a wonderful ~week-long annual event where scientific organizations throughout the city of Cambridge throw open their doors to share their interests and their work with the general public of all ages. There are too many terrific activities going on to name them all, but I will mention a few that I’m especially excited about. 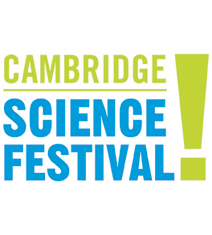 May 1st, Astronomy bonanza: Tomorrow (Sunday, May 1st) from noon-4pm, there will be a variety of public events at the Center for Astrophysics, where many of us Astrobiters work.

May 4th, Black holes: Myself, Nick Stone, and Tarek Anous will be giving a public lecture on Black Holes this Wednesday, May 4th from 7-9pm on Harvard’s campus at the Pfizer Lecture Hall. We’ll be discussing the theory of black holes from both a mathematical and astrophysical perspective, as well as observations of black holes.

Our black holes talk is part of a larger series organized by the Harvard graduate student group Science in the News. They are a terrific organization that connects scientists to the public in every way possible, including public lectures, pub nights, and interaction with local schools. You might remember Science in the News from my post a few months ago, when my SitN Flash article about supernovae was posted.

…and much, much more!

If you live nearby do you plan to attend any of the Science Festival events? Let us know in the comments below!

Apply now for the KICP Summer School on Education and Outreach!

Apply to be an Astronomy Ambassador