Today I have the pleasure to introduce one of our faculty members here at UC Santa Cruz to the Astrobites community.  Jonathan Fortney is an expert on the atmospheres and interiors of giant planets and has a unique perspective on the process of science in a newly emerging field.  Instead of a specific scientific topic, Jonathan wanted to impart some wisdom on the criteria he uses to choose a research topic to work on. 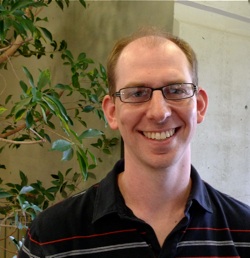 “For my scientific temperament I needed a field that was more controversial, more open-ended and new, where quick was useful and sloppy did not matter too much because it would all change soon anyway.”  –Ed Salpeter (ARAA, 2002, 40:1–25)

When scientists write about their own work and their careers, you can learn a lot from their experience.  Given all the writing that scientists do, it is unfortunately rare for someone to actually write about the science they do, rather than just reporting results and ramifications.  There is precious little written about why a certain problem was chosen or why the astronomer found it interesting in the first place.

From time to time I like to read through what I call the “looking back on my career” article in the Annual Review of Astronomy and Astrophysics.   There is one of these every year.  They get a famous astronomer to write about the highs (and lows?) of their careers.  I’ve read a several of these, from giants in the field like Ed Salpeter and Al Cameron.  You get a good feel for what the exciting questions were at various points of their careers, and how that changed the focus of their own research.  I highly recommend them.

I read that Salpeter quote probably eight years ago and I still think about it a lot.  What he meant about being quick and sloppy was that he was not, at least at the time, a detail-orient person.  He liked making plausibility arguments and reasonable approximations to get at the heart of a problem, and to explain first order effects and suggest new observations.  He got out of nuclear physics and into nuclear astrophysics and other topics.

I often wonder how much someone’s success in astronomy has to do with what kind of projects they work on.  Certainly if you’re tenured and established in the field, you’ve been “successful,” and you’re probably working on the types of projects that you find most interesting.  But when you’re young and you’re finding your way, I often think that whether you catch on and find a permanent position can have a lot to do with timing, luck, and the kind of stuff you work on.  I mean more than just working in a “hot” field.  I mean choosing an area that suits your scientific temperament.  We presumably all chose astronomy and astrophysics because we didn’t want to sit in a lab for 12 hours a day and pipette drops into Petri dishes (which I did for a summer).  So we made some kind of decision as to what kind of science to undertake.  This was based on topics of interest, but probably also on methods.  I think that methods probably matter more than people think.  Certainly that separates the observers, instrumentalists, and modelers/theorists.  But there is tremendous variation within these broad categories.

Not to ever compare myself to Salpeter, but a reason that I like exoplanet theory is that we are in the era of the initial characterization of exoplanets, so it pays to be nimble and quick.  I can build up plausible explanations of observations than can be confirmed or refuted on short order.  There are very few “long standing problems.”  But that doesn’t suit everyone.  Some people really like delving into the details.  Many people really like big codes that run on hundreds of cores with all the physics and the kitchen sink.  There are some areas of astrophysics that are so data-rich, with so many observational constraints, that we can only understand the processes in their full physical complexity.  In the end, all areas will be found to be extremely complex, but the complexity necessary to explain current data depends on the state of the field in a given decade.

So, to a grad student or postdoc in astronomy, I would not just think about who you want to work with, and what you want to work on.  I would also examine what the current state of that field is.  From the theorists view:  Are analytic results useful?  Do 1D models explain anything?  Are month-long runs on supercomputers needed to get anything useful done?  Depending on your interests (pencil and paper, simple models, detailed models) you may have another thing to consider when deciding on your PhD project, your side project, or what your next big project should be.

Q&A with John Johnson: What should you do in graduate school?