The Rise of the ArXiv: 20 years later

Today I’m going slightly meta: instead of looking at a paper of recent scientific results published on the arXiv, we’re going to talk about the arXiv itself. Sunday was the twentieth anniversary of the first submission to the predecessor of arXiv.org, the preprint server that all use so often today. Paul Ginsparg, the developer of the arXiv, wrote a fascinating article recognizing how the way that scientists share information and publications has changed incredibly over his lifetime. 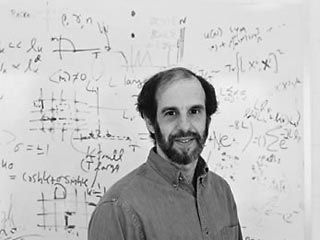 20 years ago this week, Paul Ginsparg developed the automated email server that would become arXiv.org.

Email wasn’t in common use among physicists until the early 1980s. Before this time, scientists actually used to snail-mail copies of new manuscripts to a small number of colleagues, which often meant that only people at top research institutions were immediately informed about results. People at smaller institutions were often entirely left out of the loop. At that time, secretaries were also employed to type articles and actually cut-and-paste them together with scissors and glue!

From Email to the World Wide Web

By the 1980s, email was commonly used among physicists, and in 1984 Donald Knuth had shown the world the joys of TeXing your own papers, which is still the preferred method of writing papers today. Preprints of papers were collected and distributed via email to long lists of graduate students, postdocs, and professors, but not in a centralized manner yet.

In 1991 this all changed, when Ginsparg, then at Los Alamos, created xxx.lanl.gov, which was an automated email server to collect and distribute preprints of papers. Originally intended just for high-energy particle physicists, it expanded rapidly to include other subfields of physics. It received 400 submissions in just the first six months. This development promoted a much more democratic exchange of information. Suddenly researchers at small institutions and other scientists lower on the academic totem pole had equal access to the same papers.

At the same time, the World Wide Web was being developed at CERN, and in 1993 this e-print archive also became a server on the Web. In the mid 1990s, public use of the Web accelerated enormously. Netscape and Yahoo became household names; families connected on their phone lines to the internet from their own personal computers (I remember the day my Dad connected to the internet for the first time — I was seven!).

In 1998, the name of the e-print server at Los Alamos was changed to arXiv.org. It has now received 700,000 total submissions as of mid-August 2011 and receives 75,000 new submissions every year. 400,000 distinct users download roughly a million articles a week! It now includes not only physics, but also astronomy, mathematics, computer science, nonlinear science, quantitative biology and, most recently, statistics. It’s certainly expanded in volume, but otherwise remains a simple web server that allows scientists across the world to share their publications.

What will the next twenty years of technological progress hold for scientists? Will we find better ways of reading and discussing research on the internet? Ginsparg suggests that scholarly infrastructure could be updated to create more “spontaneous participation,” with tags, links, comments, and corrections connecting different articles and databases together. He suggests that one day “our browsing of the literature will be far more comprehensive, guided by algorithms” and that our reading of individual articles will be “guided by linkages to explanatory and complementary resources.”

Blogs like Astrobites are a good first step to this new future of interconnected articles and spontaneous participation. Blogs are also a good way of further democratizing the process of transmitting information and ideas to new groups of people— one of the original goals of the original automated email system — by cutting through some of the inherent jargon in scientific publications.

Maybe the next twenty years will create the academic equivalents of social networks — or maybe we’ll see something entirely new. Either way, our generation will be leading the way.