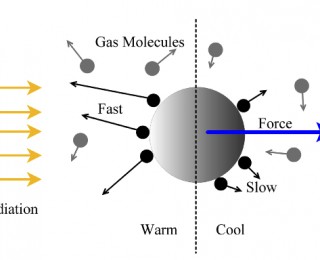 Mercury’s high density has been a longstanding puzzle in planetary science. Its density means that it must have a significantly higher iron abundance than Venus, Earth, Mars, or the asteroids, probably in the form of a large iron core. NASA’s MESSENGER mission has challenged many of the hypothesized ways to create an iron-rich Mercury; a new hypothesis is required. 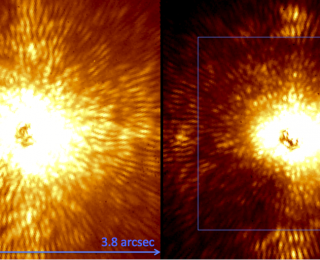 Two years ago this month, I wrote my very first astrobite about the puzzlingly cloudy atmosphere of the outermost planet, HR 8799b; today I’m revisiting the system and looking at a recent paper which measured spectra of not just one planet, but the entire planetary system. This is the first comparative spectroscopic study of any multi-planet system (other than our own Solar System of course). 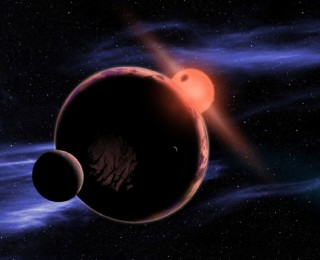 The census of planets for smaller stars—M dwarfs—is now basically complete. In this paper, Courtney Dressing and Dave Charbonneau use this M dwarf advantage to determine the occurrence rate of small planets around M dwarfs. 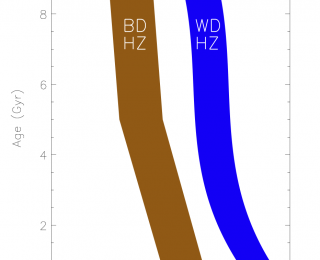 The holy grail for exoplanet science would be to find an inhabited planet. Not just habitable, but actually inhabited. But where are we most likely to find those planets? Only around Sun-like stars, or could life thrive around other types of stars? Could evolved stars like white dwarfs or neutron stars harbor life? Could brown dwarfs, the so-called failed stars, have inhabited planets? 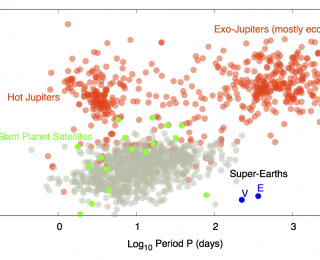 Do planets form in place, or migrate?
How planets form is still a remarkably open question. We haven’t even figured out definitively whether planets formed in the places they are now, or formed in different places and then migrated to their present locations.