Dawn is beautiful and clear in Cambridge, Mass and I’m sitting in my office starting at the night sky, hoping the clouds will clear.  I’m finishing up my last night of remote observing on NASA’s Infrared Telescope Facility (IRTF), which lives atop Mauna Kea in Hawaii. 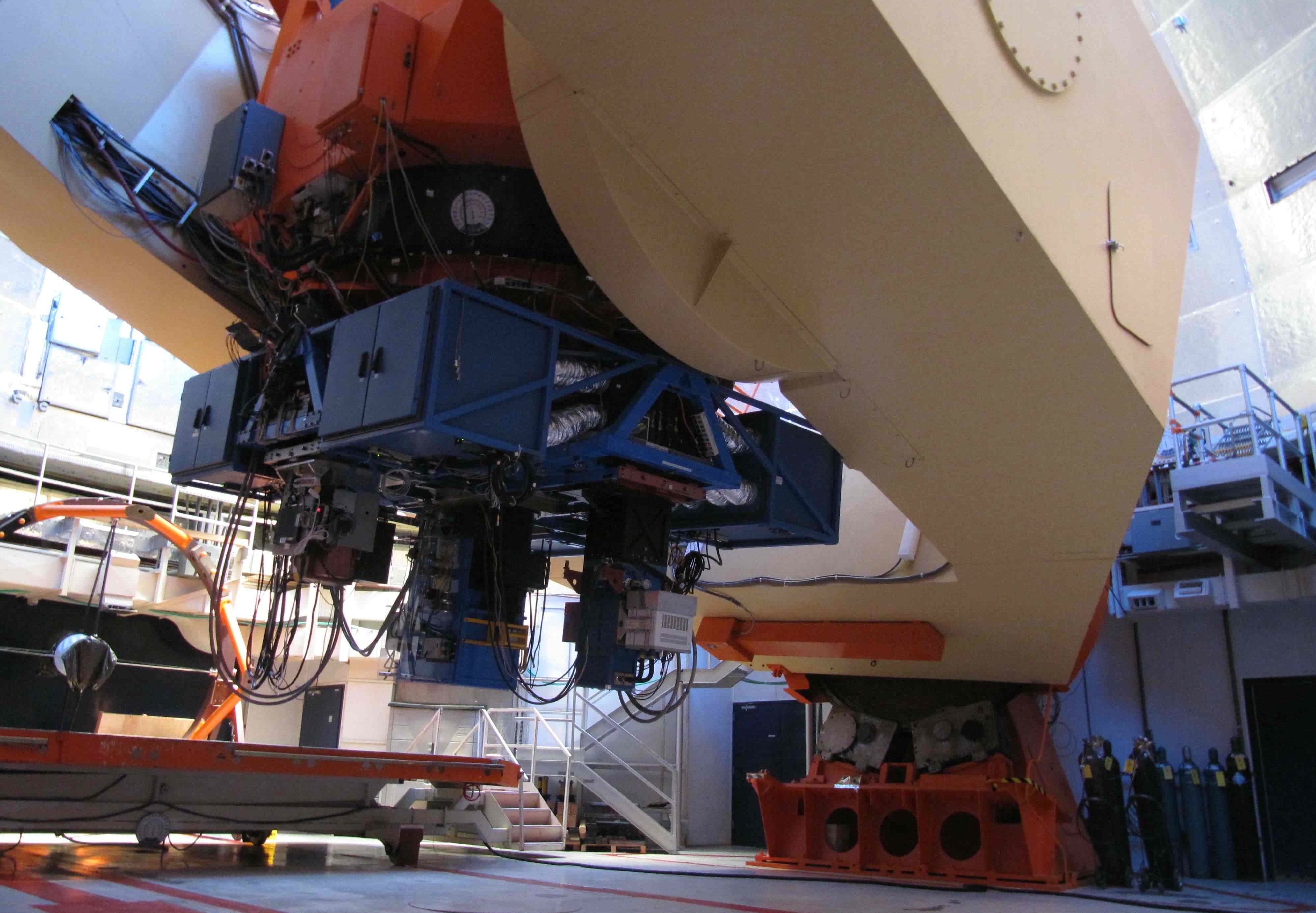 This is my second observing run on the IRTF: in May, my advisor and I flew to the Big Island to do our observations on-site.  This time, we are observing remotely from my office.  The majority of astronomers observe on IRTF remotely, traveling to Hawaii only if bringing their own instrument, but we decided to make the trek out there the first time around.  First of all, who wouldn’t want to take a short vacation in Hawaii, drink Kona coffee and get the traditional photo in front of the Keck telescopes at sunset?  Secondly, observing is pretty fun and it’s great to actually see the telescope you are using!  The IRTF is a 3-meter telescope that has been around for a long time: first light was in 1979.  It’s bright orange and mounted on a yellow yoke that could withstand World War 3; all the instruments, including SpeX, the infrared spectrograph that I use, hang below. 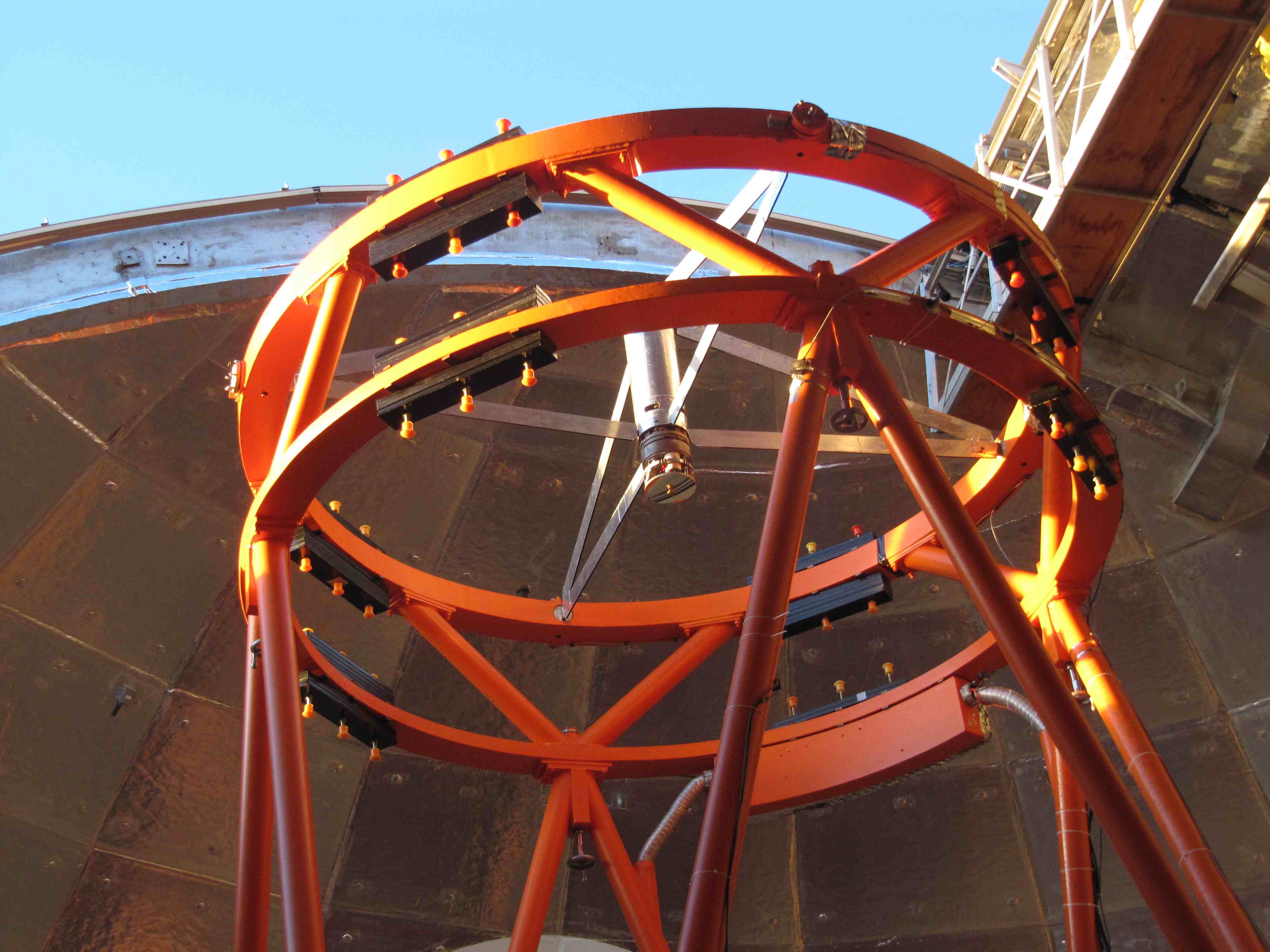 IRTF looks extremely different from the only other telescope I’ve used, the Baade, one of the 6.5-meter Magellan telescopes in Chile (Ian and I have both written about observing on Magellan).  Despite having a mirror half the size, the IRTF building is at least as large as Baade’s.  The main reason is IRTF’s yoke mount, which is more rigid than other types of mounts but also a lot bigger.  IRTF also has much larger control room and some other work space.  Compared to the Magellan telescopes, IRTF also seems to be missing some bits, especially around the secondary mirror: IRTF was designed for infrared observations and thus thermal emission from the telescope itself has been kept at a minimum.  The secondary mirror is small and unadorned – it doesn’t have the metal baffling that you’d notice on other telescopes, such as Baade.

The actual mechanics of using SpeX, the instrument I observed with, is the same whether you are on top of Mauna Kea or in your office.  You log into the exact same computer and use the same programs and the same commands.  There are really only two differences: the connection is a bit slower from 6000 miles away and instead of being in the same room as your (very awesome) telescope operator, you Skype him.  Despite how wonderful observing from the top of a mountain in Hawaii is, it’s also nice to stay at home.  I love being at 14000 feet, but the altitude and dry air can really get to you.  Hawaii is also not an easy place to get to for most of us – sometimes impossible given other responsibilities – and remote observing cuts down significantly on your travel time as well as your carbon footprint.  An unexpected perk of remote observing for me was the fresh-baked goods and coffee that one of our collaborators brought us in the morning!

A note to the weather gods: I understand that everyone should have the experience of having bad weather while observing (or at least so people tell me) and that since I had six beautiful nights I was probably due for the some periods of 100% humidity and cloud cover so thick you can’t observe a 6th magnitude star.  However, now that that’s done, can we go back to clear skies, please?

The Keck telescopes at sunset during our May observing run. Beautiful sunsets aren't great for observing because they mean cloud cover, but in May the clouds weren't as heavy as during this past week.

A day (and night) in the life of an observational astronomer

Beyond the Lecture Hall: Making the most of a university astronomy club