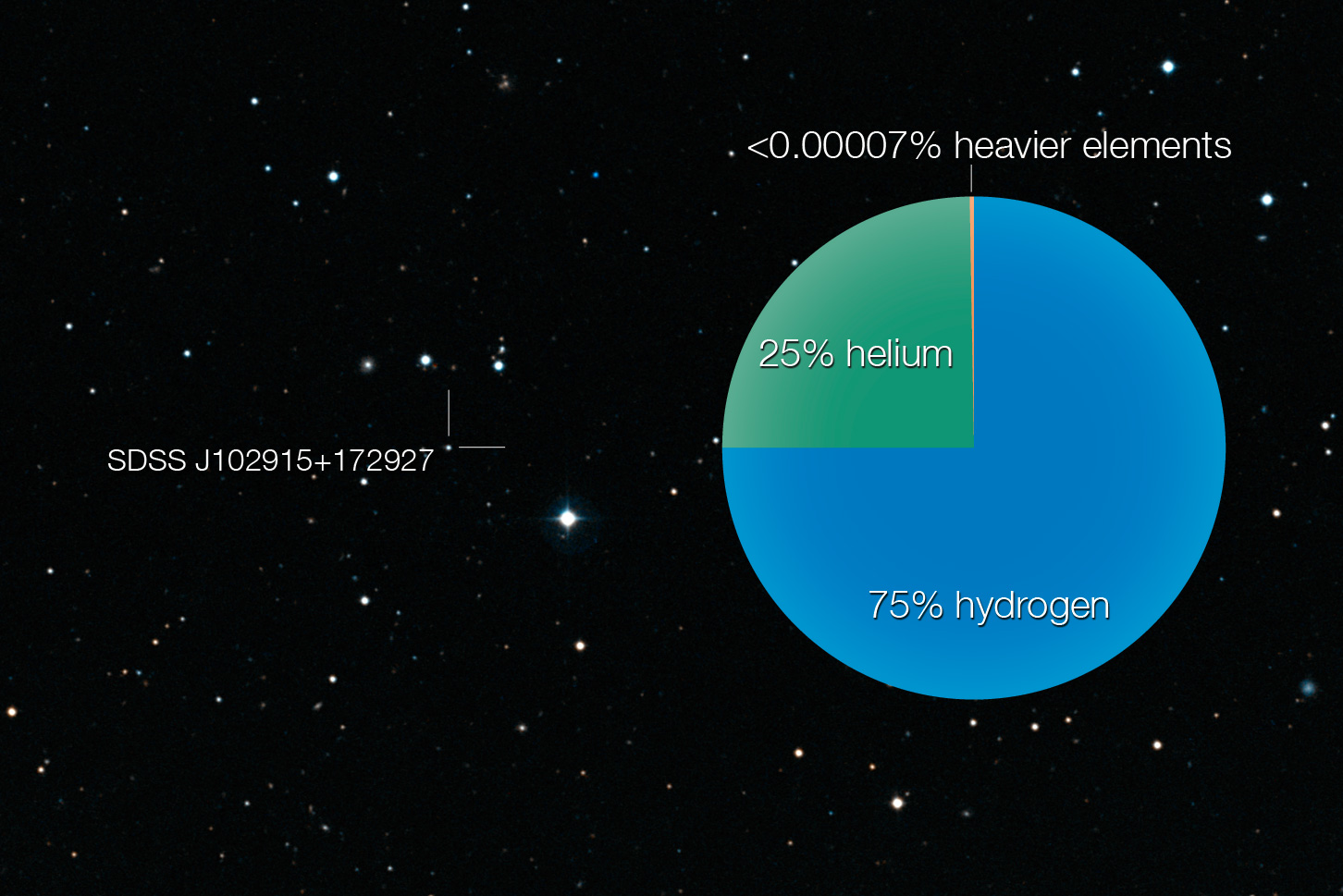 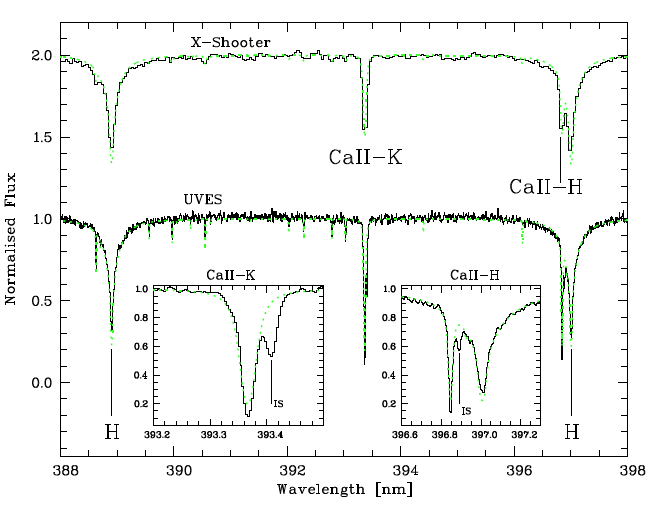 Observed normalized spectrum of the Ca II H and K lines of SDSS J102915+172927 (solid black lines) taken with the X-Shooter and UVES spectrographs at the Very Large Telescope (VLT). The green line, used for comparison, is the synthetic spectra computed with a global metallicity of Z= 1.1×10-6 and solar proportions of all elements with an enhancement for the alpha-elements which are increased by 0.4 dex over iron.

The first generation of stars, referred to as Population III stars, are predicted to have been much more massive than our Sun and end their lives in catastrophic explosions enriching the interstellar medium (ISM) with elements heavier than helium. Once the ISM is enriched with these ‘metals’, such as carbon and oxygen, clouds can fragment into smaller clumps producing low mass stars since ionized carbon and neutral oxygen act as efficient coolants.

The characteristic fragmentation mass, the Jean’s mass, is determined by the competition between gravity and gas pressure in protostellar clouds and increases with temperature. In the early universe, the primary coolant for protostellar clouds was molecular hydrogen (H2). This sets the temperature floor of the molecular clouds which formed the first stars to ~100-200 K (i.e., the energy separation of the lowest lying rotational levels of H2). The Jean’s mass for  clouds of this temperature is on the order of a few hundred solar masses.  This suggests that the first stars, which formed from gas that contained essentially no metals, were quite massive. The explosive deaths of these stars led to the birth of the second generation of stars, known as Population II stars. Since Population II stars formed from gas that was enriched with metals produced in Population III stars, the characteristic masses of Population II stars are much lower than Population III stars. 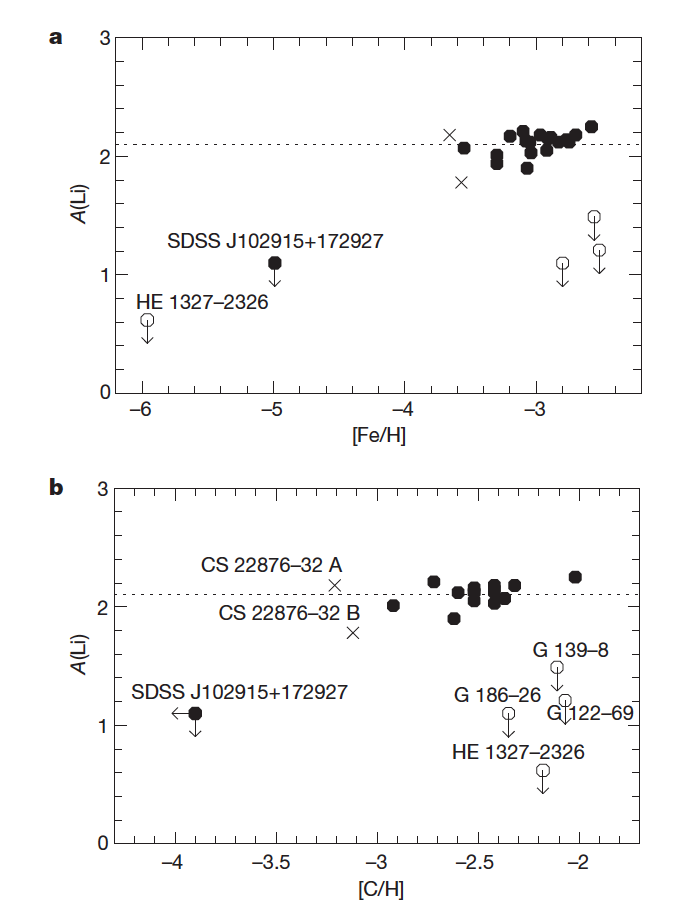 Another unique property of SDSS J102915+172927 is its low Lithium (Li) content which is illustrated at right. The primordial abundance of elements produced in the big bang consisted of ~75% Hydrogen, ~25% 4He and trace amounts of Deuterium, 3He, and 7Li. Most ‘warm’ metal-poor dwarf stars lie on the Spite Plateau, a baseline in the abundance of Li found in old halo stars. In fact, big bang nucleosynthesis suggests that the primordial abundance should be a factor of 2-3 larger than indicated by the Spite plateau. This decrease in the abundance  of Li may be due to atomic diffusion depletion since Li burns at low temperatures (2 Million K). At extremely low metallicities, the Spite plateau experiences a ‘meltdown’  (i.e., increased scatter and lower mean Li abundance) suggesting that a Li depletion mechanism is likely to be highly efficient at such low metallicities and temperatures.

Although SDSS J102915+172927 is a dwarf star with some extreme characteristics, it may not be so rare. Nearly 3000 potentially extreme stars with metallicities less than 1.1×10-5 have been identified in the SDSS Data Release 7. Many of these have been observed with the X-Shooter spectrograph and the authors conclude that they expect to find 5-50 stars of similar or even lower metallicity than SDSS J102915+172927 that are accessible with the VLT.