50 Years of Planetary Science at Caltech

Sometimes, when I don’t know what to write about, I ask myself, “well, what did you do today?” And then I write about that.

Case in point: this year is the 50th since Caltech began offering a doctoral degree in planetary science—and we’re having an anniversary party! A horde of accomplished alumni has descended on campus for two days of revelry, remembrances, and recounting of the scientific and personal history of planetary science for the benefit of us younger folks.

So, instead of recapitulating a treatise on cratering statistics or something, I’d like to present my subjective summary of what I’ve learned today. All the speakers agreed that Caltech is an exemplary institution (Rah rah rah! I don’t know our fight song!). They also seem particularly grateful that they were lucky enough to play central roles in planetary science’s golden age of exploration (particularly the Mars exploration program spearheaded by Caltech’s Jet Propulsion Laboratory). I feel extremely fortunate that I work in a field where I can hear our history firsthand from such remarkable people.

The History of Planetary Science at Caltech

Honestly, I arrived late to this presentation and had to stand in the back of the lecture hall without taking notes. I do remember that the Caltech administration faced a choice between investing limited resources in planetary science, which was just emerging as a unique area of study, or ocean-floor geophysics, which complemented Caltech’s pre-existing competencies in Earth science but would require purchasing a big ship. The Chair of the Division of Geological Science eventually proclaimed that “owning a ship is like marrying a harem,” apparently because of the maintenance costs, and decided to hire the beloved Bruce Murray as a professor of planetary science, instead. This quote leads me to my next point. 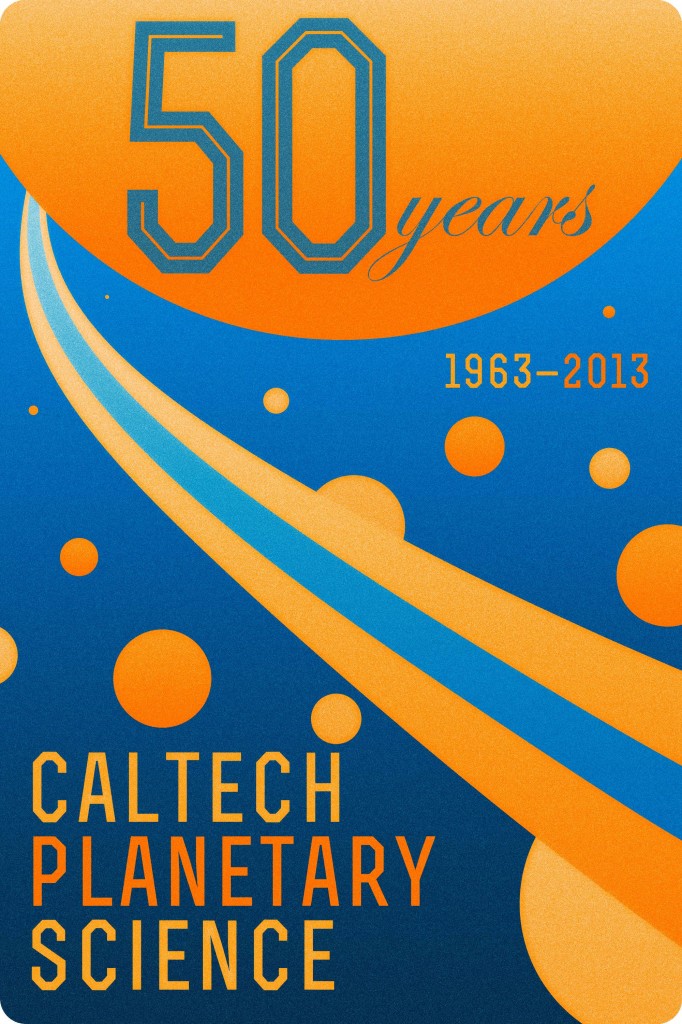 It was a Different Era

Members of the first generation of alumni from our program look like they came straight out of Central Casting for Cold War space explorers. This is because, well, they were the Cold War space explorers; their remarkable success in exploring the cosmos established the stereotype that’s so entrenched in our culture today. But this gleaming image has a dark side—women and minorities were almost entirely absent from the early years of exploration.

I learned that some faculty considered it “immoral” for the rare female graduate student to share an office with a man. It seemed like every male graduate student had his wife type his thesis. Students lampooned the possibility of hiring female professors in comedy sketches. We still have a long way to go before the research community reflects the true diversity of talent present in the world, but the progress we’ve made in the last half-century is worth appreciating.

The Future of Planetary Science

If you haven’t noticed, times are rough for Big Science. Both research funding and academic jobs are scarce. But is planetary science simply a temporary victim of larger political forces, or do we need to change the way we do things?

Two speakers offered distinct visions of the likely future of planetary science. On one hand, the current Chair of our Division claimed that, historically, funding is cyclical. That is, we’re currently in a trough, but our lot might dramatically improve if we just wait a while. On the other hand, another eminent scientist warned against this passive approach. He believes that NASA is slipping on its commitment to a broad, science-driven exploration of the cosmos, focusing instead only on missions to targets for human exploration like the Moon and Mars. In his view, we need to aggressively pitch our science to the public and policymakers, lest our fortunes remain bleak even when the rest of the economy rebounds.

As a current graduate student, I resonated most with the presentations that dealt with the prospects for my immediate future. Despite this selfish filter, I managed to hear the message that the last five decades of planetary science were more exciting and successful than most anyone could have hoped. I don’t know if the triumphant march of progress will continue uninterrupted until our 100th anniversary, but I do hope that, regardless, we’ll have another party.