ISON’s Journey to the Sun: Are There Any Meteor Showers in Store for Us?

On September 21, 2012, astronomers at the International Scientific Optical Network (ISON) in Russia discovered a comet known as C/2012 S1 (although the media has been calling it Comet ISON after the discoverers). Comet ISON appears to be on a hyperbolic orbit all the way from the Oort Cloud. It’s a sungrazing comet, meaning that it will come extremely close to the surface of the Sun. On November 28 ISON will reach perihelion (the point on its orbit when it’s closest to the Sun) and will be only 0.0078 AU from the Sun’s surface. Most sungrazing comets are evaporated during their close approach to the Sun, but astronomers believe that ISON is large enough that it might survive this orbit, although it will take a beating from the high temperatures and strong gravity that close to the Sun. 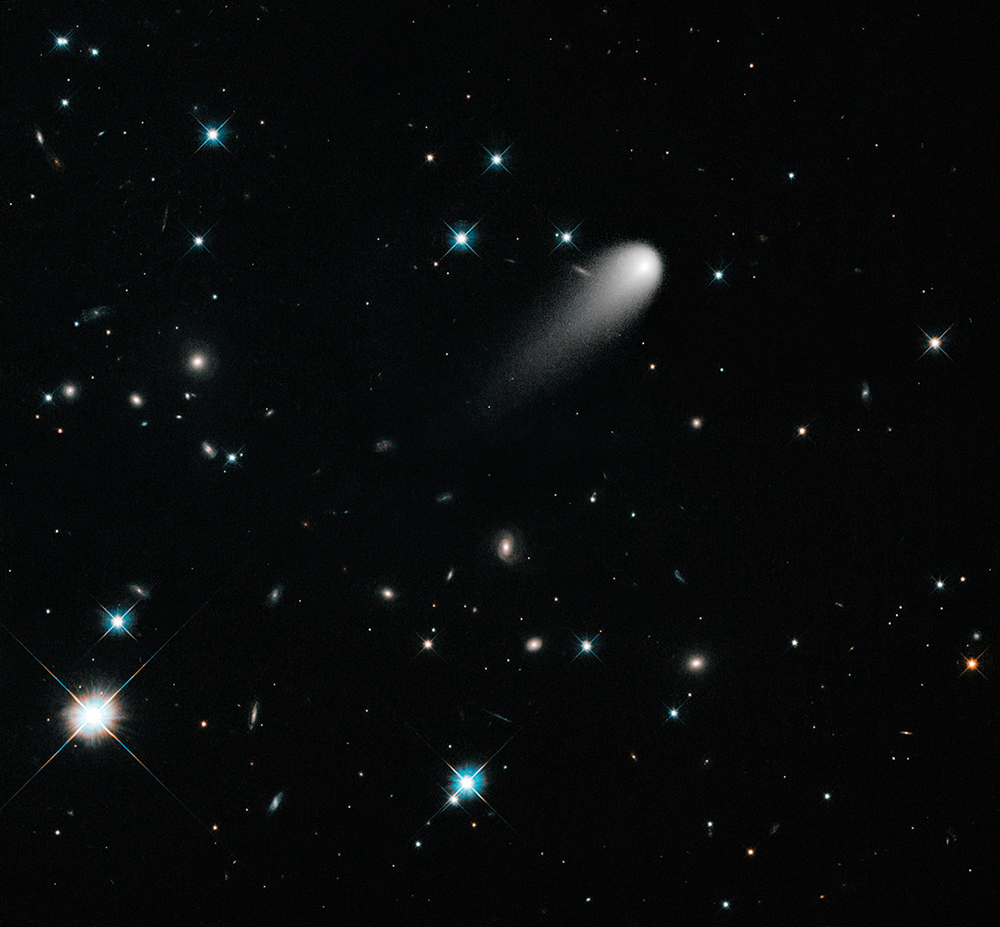 Fig 1: Composite image from the Hubble Space Telescope showing Comet ISON against a background of stars and galaxies.

Even if ISON does survive its brush with our star, tiny pieces of dust called meteoroids will be blasted off its surface. If these meteoroids make their way into Earth’s atmosphere, we would see a spectacular meteor shower. Is this likely to happen? The authors of this paper explore this question using orbital mechanics. 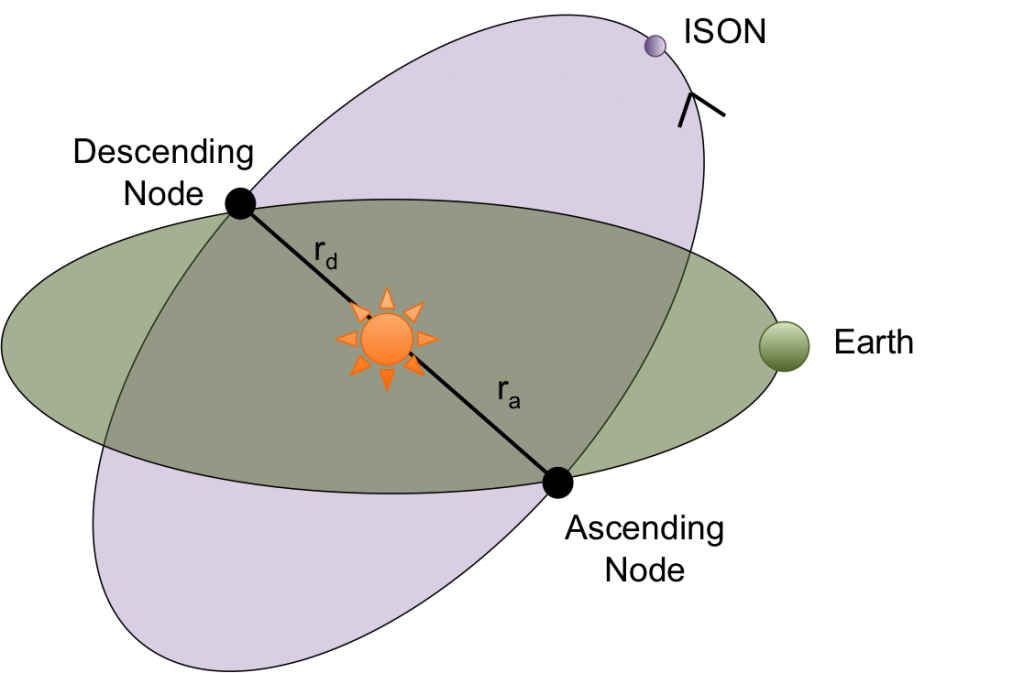 Fig 2: Diagram of the orbits of Earth and and a hypothetical Comet ISON if ISON were on an intersecting orbit. In this diagram, ra = 1 AU and rd = 1 AU. Note: This image is not to scale. In fact, ISON’s orbit is much, much larger and more eccentric than the Earth’s.

ISON’s orbital elements have been measured carefully since its discovery, so we know that the distance from the Sun to ISON’s descending node is  rd = 0.76 AU (the ascending node is even further from 1 AU). This means that ISON itself won’t cross Earth’s orbit, but what about its meteoroids, which are ejected from ISON at different speeds? They could enter different orbits and might have a higher value of  rd. The authors calculated the extra boost in  rd that a meteoroid would get if it were released from ISON at different points along ISON’s orbit (called the true anomaly). The results are shown in Fig 3. They found that a meteoroid would get a maximum change in  rd if it were released with extra velocity in the transverse direction (the direction in which ISON is moving), but that the maximum value for rd would still only be 0.91 AU even if the meteoroid is ejected with a speed of 1 km/s. A higher speed could bring the meteoroids closer to Earth, but those speeds are unlikely. Also, meteoroids ejected at higher speeds would be so small that we wouldn’t be able to observe them in a meteor shower, anyway. 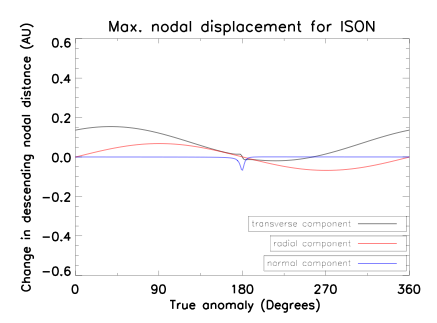 The authors conclude that Comet ISON won’t produce a meteor shower here on Earth. They also investigate another comet discovered by Gottfried Kirch (but often called Newton’s comet) in 1680. Comet ISON and Newton’s Comet have very similar orbits, but have been shown to be different comets. By running the same calculations as described in the previous paragraph, the authors find that the meteoroids from Newton’s comet could have come very close to Earth’s orbit if they had an ejection speed of 800 m/s. But no one at the time of Newton’s comet (including Newton) recorded any observations of spectacular meteor showers, so we can’t conclude anything.

Don’t feel bad that ISON won’t give us any good meteor showers — ISON itself may be visible during its approach to the Sun (and afterwards, if it survives)! Check out the NASA Comet ISON Observing Campaign for information on how you can help observe ISON.