Did you do a summer REU? Working on your senior thesis? Getting an early start on a research project? We want to hear from you! Think you’re up to the challenge of describing your research carefully and clearly to a broad audience, in only one paragraph? Then send us a summary of it!

Anna is a senior at MIT, majoring in physics. During the past two summers, she worked with Scott Ransom through the National Radio Astronomy Observatory REU program, and is currently preparing this work for publication. 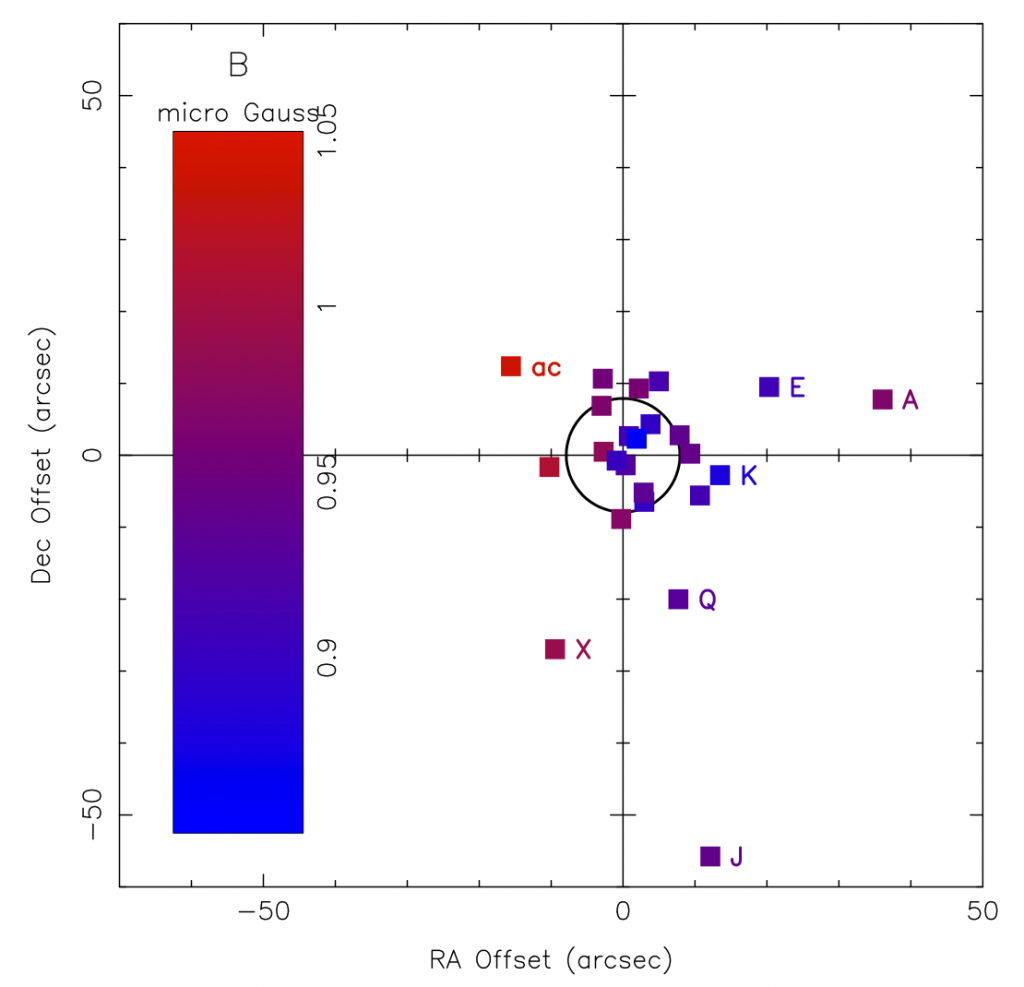 The line-of-sight component of the galactic magnetic field strength, for 24 of the 35 millisecond pulsars in the globular cluster Terzan 5 (the 25th is not pictured, in order to more clearly show the gradient.) The field strength changes by 15-20% across the cluster, representing 0.1 µG variations across parsec scales.

Ashley is a physics major at MIT in Cambridge, MA. She conducted this study with Prof. Alicia Soderberg and her team in the summer of 2013 during the CfA REU program.

Stellar Autopsies
Core-collapse supernovae (SNe) are highly energetic, cosmic explosions caused by the death of massive stars. Long gamma-ray bursts (GRBs) are fast transients comparable to supernovae in electromagnetic energy. Recently, the two have been observationally linked. We currently believe that these simultaneous events are caused by the collapse of Wolfe-Rayet stars in which a fraction of the ejected material is funneled into a relativistic jet in our line-of-sight. This scenario has intrinsic variability which may depend on mass of the progenitor, the angular momentum, and asymmetries within the explosion. To explore the possibility of asymmetry, we study two supernovae associated with GRBs, SN 2006aj and SN 2003dh, which lie on far ends of the GRB-SNe spectrum. These objects were both extensively studied and modeled using data obtained shortly after peak magnitude, when the temperature of the explosion was high and the optical opacity was large. We study these objects when the optical opacity lowers and deeper layers of the explosion become visible. If asymmetry exists, using spherically symmetric models during different time frames should lead to inconsistent solutions. This study finds no discrepancy, so the explosions are likely to be relatively isotropic.

UR #1: Gamma-Ray Bursts and Protostars