Once again, Astrobites is liveblogging AAS! In order to avoid inundating our readers’ RSS feeds, we’ll be updating this post with short paragraphs about the talks we’ve heard and posters we’ve seen. Keep checking back throughout Wednesday afternoon! 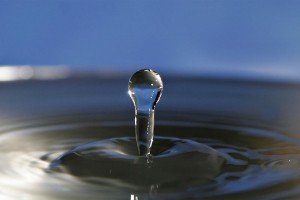 The WFIRST-AFTA telescope, with a 2.4m mirror, will perform near-infrared photometry and spectroscopy to learn about exoplanets and dark energy, among other goals. Two specific instruments will increase the power of this telescope: an integral field spectroscopic unit (IFU) and a coronograph. The IFU will measure 3D cubes of position versus wavelength, effectively taking a spectrum for each pixel in an image. The coronograph will be able to directly image planets and disks to learn about their properties and it will be the first time that this kind of instrument is brought into space.

The speakers covered WFIRST capabilities regarding dark energy, exoplanets and Galactic structure. WFIRST brings in the ability to study four probes of dark energy (supernovae, baryon acoustic oscillations, redshift space distortions and weak lensing). It will see more galaxies per arcmin sq. than any other survey and it will be complementary to the Dark Energy Spectroscopic Instrument, Euclid and Large Synoptic Survey Telescope. WFIRST will be ideal for building lightcurves of supernovae, being able to subtract the image of the host galaxy. It will be able to remove major systematics to find supernovae up to redshift of 1.7. WFIRST will carry out a microlensing survey, probing planets like Jupiter, Saturn, Uranus or Neptune around other stars for the first time. It will open up a whole new region of parameter space that will allow for constraining theories of planet formation. Using its coronograph, WFIRST will directly image and measure the composition of a diverse sample of exoplanets. It will also study the properties of disks and how they interact with the planets. It will survey 200 nearby stars with known extrasolar planets and it will target other stars for new discoveries. All of this information will allow astronomers to prepare for a future mission for detecting and characterizing Earth-size rocky planets in the habitable zone of nearby stars. From the point of view of Galactic structure, WFIRST will push the typical magnitude limit of 18-20th magnitude to at least 25th magnitude, being able to retrieve photometry and astrometry of many more objects in our Galaxy and leading to new science.

The work that was presented at the 223rd AAS meeting brought forward new interesting questions that WFIRST will be able to answer. For example, it will observe high redshift bright galaxies as those discovered by the CANDELS survey at redshift of ~9. Twenty five per cent of the observation time will be dedicated to proposals from the astronomical community, so there is opportunity to think about many new questions to be addressed by WFIRST.

Career Hour 5: The Interview: What you need to do before, during, and after to get the job

It’s worth drawing some attention to this — AAS has been making an enormous effort this year to expand the career navigation opportunities it provides its members. To this end, they’ve brought in Alaina Levine to give a series of workshops on career advice, and today’s was a session on how to be successful in the interview process. Alaina provided a solid hour of useful advice on things like writing an effective cover letter (make sure you explicitly tell the organization how you will solve their individual problems and add value to their group), prepping for an interview (know the typical interview questions and be prepared with GOOD answers to them; for instance, a good answer to “what’s your greatest weakness?” is NOT “I work too hard”), what to bring to the interview (extra copies of your CV/resume!), and how to follow up after the interview (ALWAYS write thank-you notes). Alaina had many, many more suggestions beyond these, and she was an effective and engaging speaker. If this sounds useful, I highly recommend that you visit her final session tomorrow, Career Hour 6, which will be on “Negotiation Strategy and Tactics” (for once you’ve landed the job!). It’ll be 12:30-1:30 in National Harbor 2.