The oldest light in the universe is the Cosmic Microwave Background (CMB). It comes from a time when the universe was only about 380,000 years old, at the start of a period in cosmological development known as recombination. This was when the universe had finally cooled enough to allow electrons and protons to bind into hydrogen atoms. Before that time, the universe had been a maelstrom of free electrons and protons, which would constantly absorb light and re-emit it in random directions. Once recombination occurred, light could travel freely as long as it didn’t bump into anything. Some of that light never did, and it is still traveling today; the faint glow of the big bang. 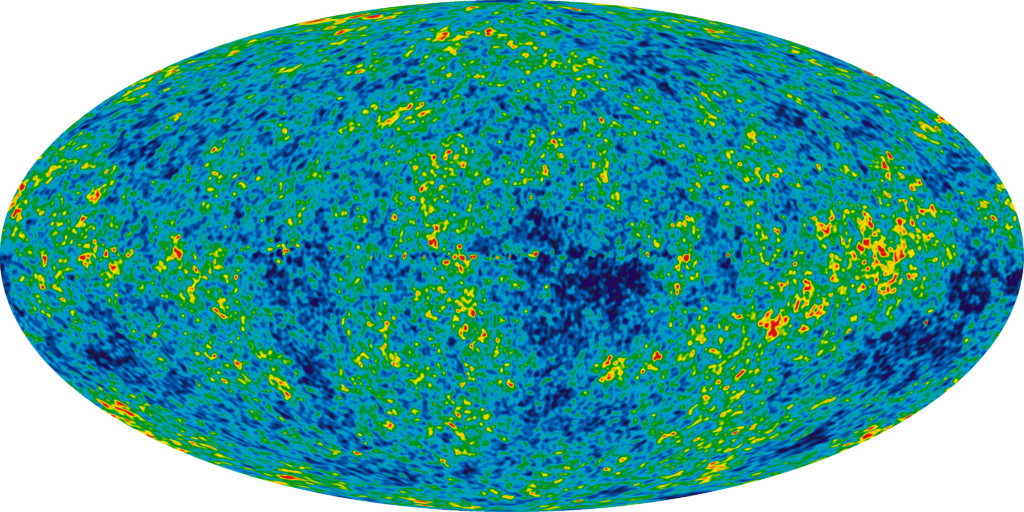 Fig 1. The Cosmic Microwave Background as imaged by WMAP over a period of 9 years. The color scheme in this all-sky map shows the minute variations in temperature of the light. The dark blue is colder. The red, hotter. These variations are extremely small. On average, they vary on the order of 1 one-millionth of a kelvin.

This light gives us a way to probe the environment that existed when our universe was young. For example, that light corresponds to a temperature of approximately 2.73 K. That is to say, it looks like it came from an object that has a temperature of 2.73 K (see blackbody radiation). But, there are slight variations in that temperature, as seen in Figure 1. These fluctuations in temperature are described by something called Gaussian statistics. Basically that means the spread in temperatures is described by a bell curve.

There is, however, one large region of the sky that does not fit very well with this Gaussian description: The region known as the CMB Cold Spot. This region appears to be anomalously cold. It is 70 uK (micro kelvin) colder than the average CMB temperature. Most variations are within 18 uK of the average. There is ongoing debate regarding the origin of this cold spot, and several hypotheses have emerged to explain it. One of those hypotheses is that of the Great Void, which suggests that there is a large region of relatively empty space in that direction of the sky. Voids are common in the universe, but to produce this effect in the CMB, this void would have to be exceptionally large: nearly 1 billion light-years across. That’s 1,000 times larger than the typical void. 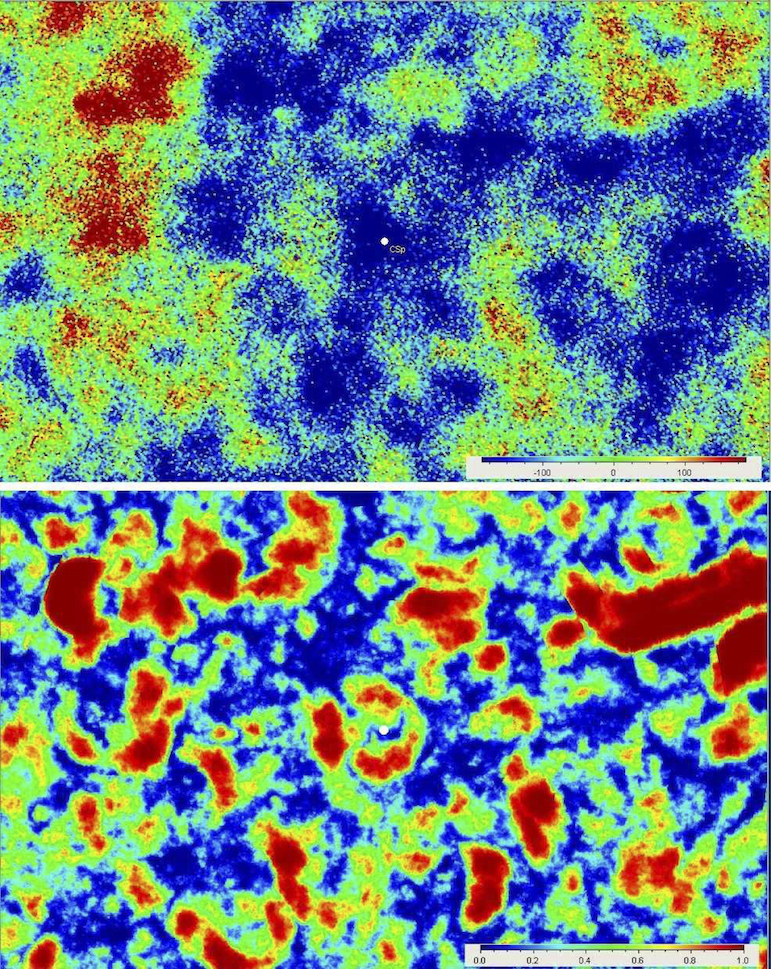 The authors of today’s paper present some evidence that support this hypothesis by studying the randomness of the Cold Spot. A characteristic of cosmological voids is that the randomness of their temperature tends to be quite low near the center of the void and grows more random near the edges of the void. The authors made use of what is known as the Kolmogorov-Smirnov test, which computes the degree of randomness across a region of interest. The end result of this process are called K-maps, which map out the randomness associated with a given region of the CMB.