Many of the currently confirmed and candidate exoplanets have been found with the Kepler spacecraft. But what made Kepler so successful? What have we learned instrument-wise from launching Kepler? Here are two outstanding things:

Meet project MINERVA (MINiature Exoplanet Radial Velocity Array), a ground-based facility at the Fred Lawrence Whipple Observatory in Arizona, that sets out to do exactly this: a project solely dedicated to the detection and characterization of Super-Earths (planets with masses between Earth and Neptune) in the Habitable Zones of nearby bright stars, while keeping the cost down. In this paper the authors describe the philosophy and design of MINERVA, along with discussing some of the exciting first science results.

MINERVA has two main goals, both related to exoplanets:

Once online, MINERVA will thus be the first US observatory dedicated to exoplanetary science capable of both precise radial velocimetry and transit studies! 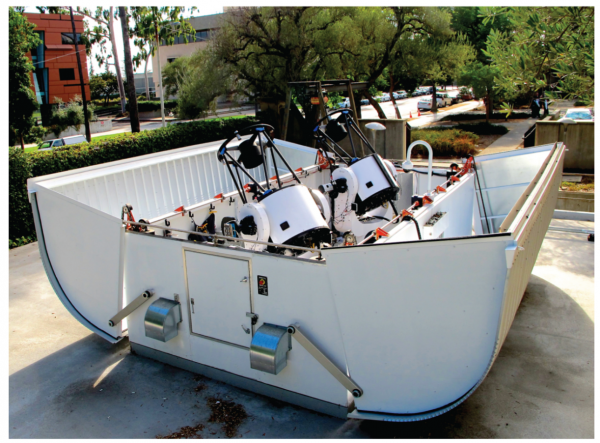 Figure 1: Two of the MINERVA telescopes (model: CDK700 from PlaneWave Instruments) in one of two custom-built Aqawan telescope enclosures at MINERVA’s Caltech commissioning site. After validation and testing, they will be moved to the Fred Lawrence Whipple Observatory for science operations. Figure 4 from the paper.

The design aspects flow down from the science objectives listed above. To meet these requirements, the authors design MINERVA as an array of 4 relatively-small 0.7m commercially-available telescopes (see Figure 1). This has several advantages over using a single custom-built telescope: 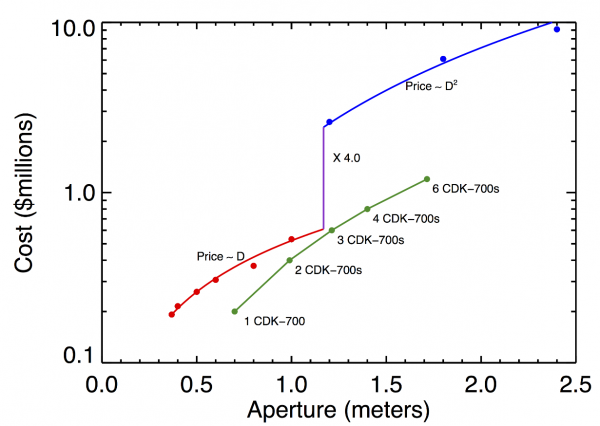 Another key element in MINERVA’s design is its fully robotic brain – The MINERVA Robotic Software (MRS) – that coordinates all operations of the facility. Night after night for 3 years, the 4 telescopes will automatically observe (weather permitting) a set of bright target stars in the solar neighborhood (around 80 in total), recording their radial-velocities. Obtaining these velocities with high precision and high cadence is key to successfully detect and characterize Super-Earths with the RV method. MINERVA’s precision of ~0.8m/s is not unprecedented, but achieving this precision every night – remember, MINERVA is a dedicated facility – is unique.

As stated above, MINERVA will also search for transits of Super-Earths detected by the Radial-Velocity technique. Already, observations from the MINERVA test facilities in Pasadena have demonstrated the required photometric precision (sub mmag) of one of MINERVA’s Radial-Velocity targets. The authors also present new transit observations of WASP-52b (see Figure 3 ), a known hot Jupiter with an inflated radius, demonstrating that they can achieve their secondary goal of observing transits. 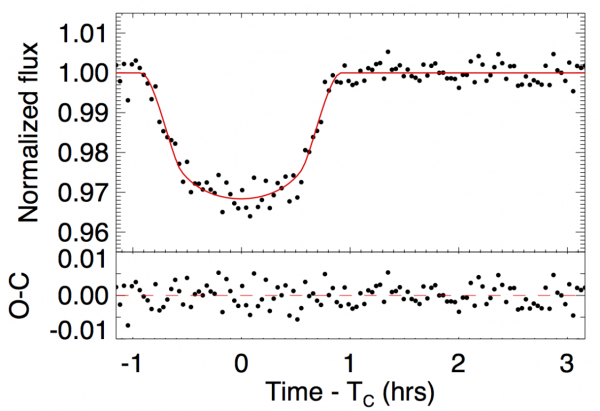 Figure 3: A MINERVA-observed WASP-52 light-curve taken from the MINERVA test facilities in Pasadena, California. This demonstrates that MINERVA can accomplish its secondary goal – even from Pasadena! Figure 18 from the paper.

Already, the on-sky performance of a subset of MINERVA’s equipment has been tested and validated. The authors note that there are still more milestones to reach before the start of full science observations in 2015. These include, further testing of the robotic software, and shipping of Aqawans 1 and 2 to the observatory in Arizona. The on-site integration of the spectrograph is planned in early 2015, and allowing for minor unforeseen delays, the fully robotic array will be up and running by mid-year 2015. Let’s hope everything goes according to plan!