Title: A systematic search for transiting planets in the K2 data

In May 2013, the Kepler mission came to an end with the failure of a critical reaction wheel. This reaction wheel was one of four that was responsible for keeping Kepler focused on a fixed field of view so that it could perform its mission: to continuously monitor the brightness of the same 150,000 stars, in order to detect the periodic dimming caused by extrasolar planets crossing in front of their host star.

A year later, in May 2014, NASA announced the approval of the K2 “Second Light” proposal,  a follow-up to the primary mission (described in Astrobites before: here, here), allowing Kepler to observe —although in a crippled state— a dozen fields, each for around 80 days at a time, extending the lifetime of humanity’s most prolific planet hunter.

The degraded stabilization system induces, however, severe pointing variations; the spacecraft does not stay locked-on target as well as it could previously. This leads to increased systematic drifts and thus larger uncertainties in the measured stellar brightnesses, degrading the transit-detection precision — especially problematic for traditional Kepler analysis techniques. The authors of today’s paper present a new analysis technique for the K2 data-set, a technique specifically designed to be insensitive to Kepler’s current pointing variations. 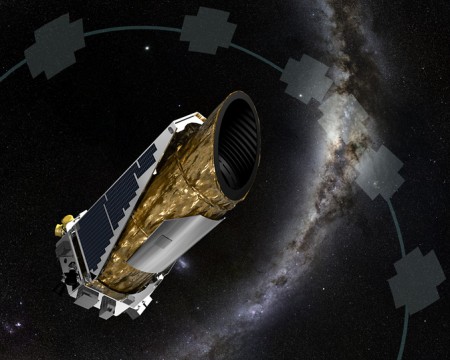 Fig 1: The K2 mission is Kepler’s second chance to get back into the planet-hunting game. Kepler’s pointing precision has however degraded, but novel pointing-insensitive analysis techniques aim to make up for that. Image credit: NASA/JPL.

Most of the previous analysis techniques developed for the original Kepler mission included a “de-trending” or a “correction” step —where long-term systematic trends are removed from a star’s light curve— before the search for a transiting planet even begins. Examples of light-curves are shown in Figure 2. Foreman-Mackey et al. argue that such a step is statistically dangerous: “de-trending” is prone to over-fitting. Over-fitting generally reduces the amplitude of true exoplanet signals, making their transits appear shallower — smaller planets might be lost in the noise. In other words, de-trending might be throwing away precious transits, and real planets might be missed in the “correction” step!

Fig 2: Upper left panel: An illustration of the maximum likelihood fit (green lines) to a K2 light-curve (black dots) obtained from the authors’ new data-driven model. Bottom left panel: The residual scatter i.e. the “de-trended” light-curve, for a given star in the K2 field. The residuals are very small, indicating a good fit. The right panel shows a de-trended light-curve for another star (EPIC 201613023) where the transit events are more evident (marked with green vertical lines). De-trended light-curves like the one on the right were commonly used with past analysis techniques. Foreman-Mackey’s et al. method, however, never uses de-trended light-curves in the search for transits, only for qualitative visualization and hand-vetting purposes (see further description of their method below). Figures 2 (left), and 4 (right) from the paper.

In light of these issues, the authors therefore sat down to revise the traditional analysis process. They propose a new method that simultaneously fits for a) the transit signals and b) systematic trends, at the same time, effectively bypassing the “de-trending” step.

Their transit model is a rigid model that models each transit to have a specific phase, period and duration. On the other hand, their method to model the systematic trends is much more flexible than the rigid parametrization for the transits. The authors assume that the dominant source of light-curve systematics is due to Kepler’s pointing variability. There are other factors that play a role too, like stellar variability, and detector thermal variations, but the authors focus specifically on modelling the spacecraft-induced pointing variability. 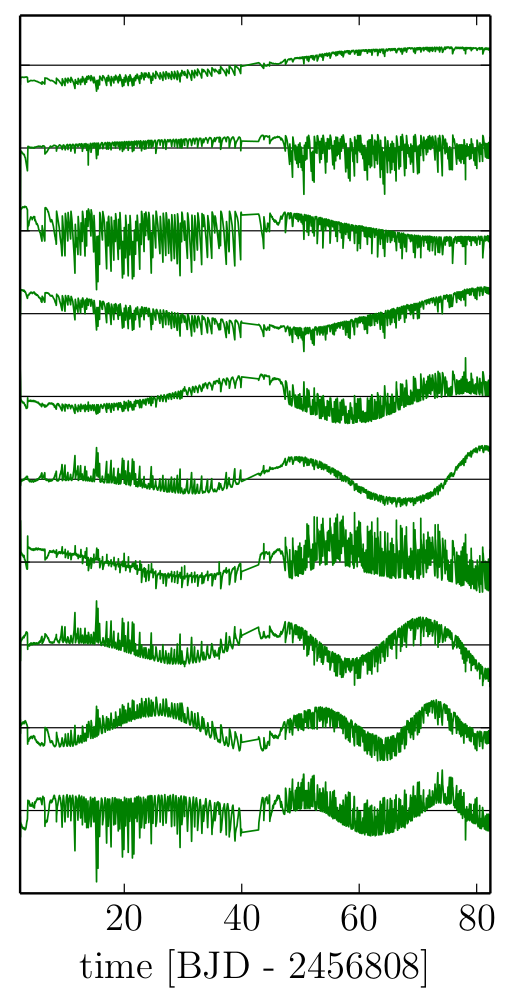 Fig 3: An illustration of the top 10 basis light-curves. A set of 150 make up the authors’ linear data-driven analysis technique. Having a linear model has enormous computational advantages.

Equipped with large amounts of computer power, Foreman-Mackey et al. create a flexible systematics model, consisting of a set of 150 linearly independent basis light-curves (see Figure 3). These are essentially a set of light-curves that one can add together—with different amplitudes and signs— to effectively recreate any observed light-curve in the K2 data-set. The basis light-curves themselves are found by a statistical method called Principal Component Analysis (PCA) —a method to find linearly uncorrelated variables that describe an observed data-set— which will not be described further in this astrobite, but the interested reader can read more here. The choice to model the systematics linearly has enormous computational advantages, as the computations reduce to using familiar linear algebra techniques. The authors note that the choice to use exactly 150 of them was not strictly optimized, but that number allowed for enough model-flexibility to effectively model the non-linear pointing-systematics, while keeping computational-costs reasonable.

With a set of basis light-curves the analysis pipeline then proceeds to systematically evaluate how well the joint transit-and-systematics model describes, and finds transits, in the raw light-curves (see again Figure 2). Finally, the pipeline returns the signals that have passed the systematic cuts: light-curves with the highest probability of having transits.

The authors apply their analysis pipeline to the full K2 Campaign 1 data-set (including 21,703 light-curves, all publicly available here). The systematic vetting step returned 741 signals, which were further manually hand-vetted by the authors; throwing out, for example, obvious eclipsing binaries. The authors end with a list of 36 planet candidates transiting 31 stars —effectively multiplying the current known yield from K2 by a factor of five! Figure 4 (left) summarizes the distribution of the reported candidates in the radius-period plane. 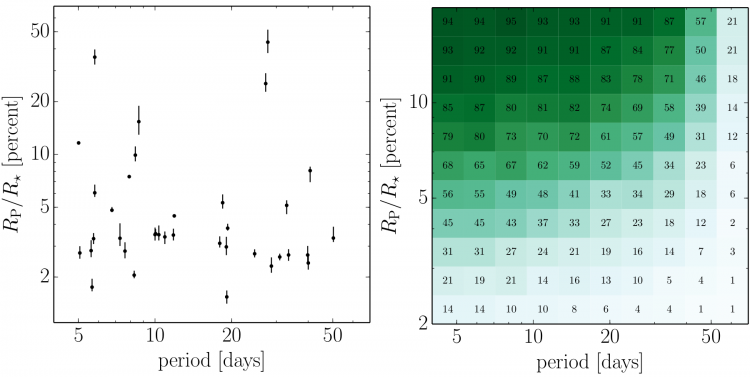 Fig 4: Left: The fractional radii of the reported 36 planet candidates as a function of their period. Right: Detection efficiency in the radius-period plane, calculated by injecting synthetic transit signals into real K2 light curves, and calculating the fraction that are successfully recovered. Figures 11 (left) and 9 (right) from the paper.

The authors also discuss the performance and detection efficiency of their method. By injecting synthetic transit signals into real K2 light curves and measuring the fraction that are correctly identified and recovered by their pipeline, gives an estimate of the expected performance under real analysis conditions. From Figure 4 (right) we see that their analysis technique performs the best for short-period large-radius planets. This makes sense: larger planets have larger transit signals, and shorter orbital periods increase the number of observed transits; they are more probable to be successfully found.

Lastly, the authors share their data products online, along with their pipeline implementation under the MIT open-source software license. This means that anyone can take a stab at reproducing their findings, or perhaps even find new transits signals! So, now I want to ask you, dear reader, will you lengthen the list of known planet candidates today?