Since it’s discovery in 2008, 2MASS J21265040−8140293 was thought to be a lonely substellar object.  It was originally identified as a low gravity type L3 brown dwarf, meaning it is both smaller and cooler than a hydrogen burning star, yet too large to be a planet.  Earlier this year though, a team looking at widely separated companions determined this dwarf to be the companion of the rapidly rotating star TYC9486-927-1.  At a distance of 6900 AU (6900 times the distance from the Sun to the Earth) it is the widest orbit yet discovered.

TYC9486-927-1 is a regular-Joe star with an above average spin.  Comparing the star’s spectrum to other known spectral types, the team classified the star as a type M2 (see Figure 1).  Looking at the line widths in the spectrum, and variations between spectra taken months apart, it is possible to determine whether the star is rotating rapidly or if it is in a close binary relationship with another star.  Based on several observations of the star, the team determined the star to be a single fast rotator and not a tight binary.  Observations of lithium in the spectrum shows the star is young, since lithium is typically used up within 40Myr.  Based on the amount of lithium and the rotation rate, the star is estimated to be between 10-45Myr old. 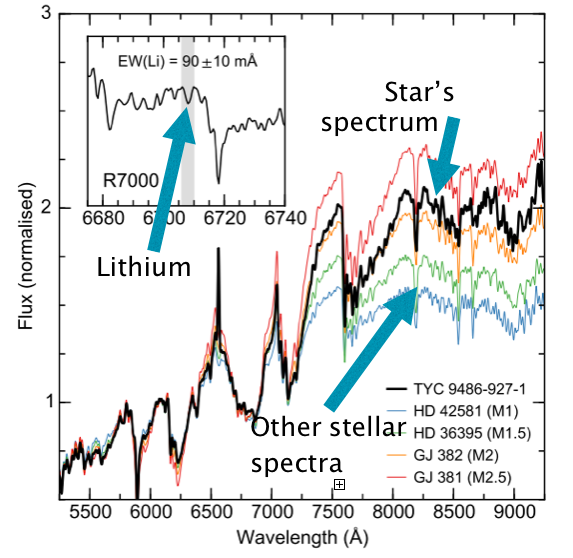 Figure 1 – TYC9486-927-1 spectrum is compared to spectra of other similar stars to determine it’s spectral type. In the inset, the broad lithium absorption line, which helps identify the star’s age, is shown. Blue arrows and text added by the author.

Given the location of TYC9486-927-1 and it’s direction of motion (see Figure 2), the researchers determined the star to be the long lost lover of the dwarf.  Because both objects are moving in the same direction, and are at the same distance from us, they are likely gravitationally bound together.  The chance that the two objects just happen to be traveling the same direction but are unrelated is ~5%.  The chance that they would be as physically close as these two objects are, is less than one percent. 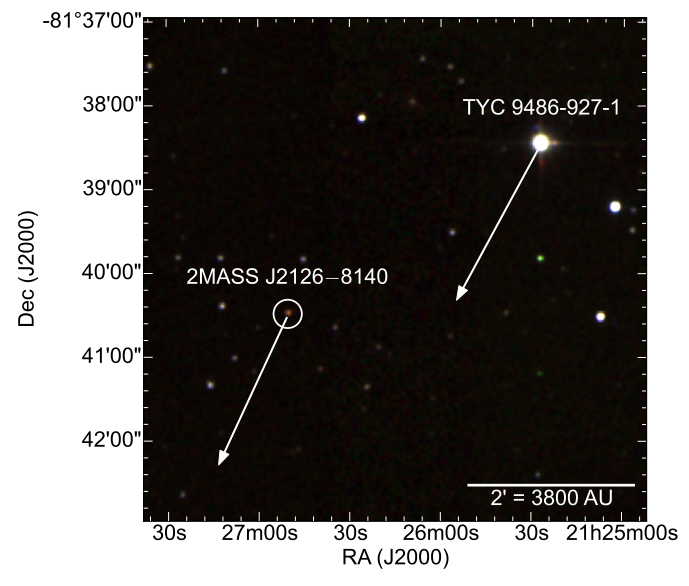 Figure 2. The star and it’s distant companion. The arrows indicate the direction of motion. The length of the arrows shows how far they’ll move in 1000 years.

Estimating mass is highly dependent on age and temperature.  Given the dwarf’s temperature is between 1700-1900K and it’s age 10-45Myr, the mass is likely in the range 11.6-15 Jupiter masses.  This puts it right on the divide between planet and brown dwarf.  Planets and brown dwarfs can be distinguished by mass.  If the object is large enough, it’s gravity will be high enough to fuse deuterium (hydrogen that has an extra neutron).  This happens around 13 Jupiter masses.  Objects with masses higher than 13 Jupiter masses are considered brown dwarfs; those with less, are planets.  Given the large spread in masses, it’s not clear if this object is a small brown dwarf or a large planet.

Widely separated brown dwarfs and exoplanets are a rare breed of substellar companions.  So far, only four in very wide orbits (>1000 AU) have been detected.  Identification and characterization of these objects is important to learning about planet formation and evolution.