Supernovae – the magnificent death of stars. At the 230th AAS Meeting next week, you will get to hear about these fantastic explosions, from none other than Douglas Leonard, associate professor at the San Diego State University. Doug’s plenary talk will be about the explosion mechanisms of stars. “In the past I have worked on supernova cosmology. But specifically, what I work most on these days is the physics of the explosion itself, primarily of core-collapse supernovae. Essentially, to use supernova not as a tool, but to study the object itself”, says Doug.

Supernova physics has gone through a revolution in the last two decades, especially in cosmology, where distant supernovae were used to discover the presence of dark energy. Doug was an early member of the High-z supernova search team, which ultimately shared the Physics Nobel for the above work. A few years after the prize-winning research, Doug’s research saw another unexpected breakthrough – data that explained explosion mechanisms with 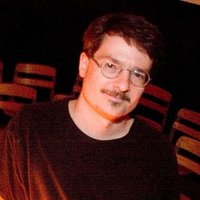 “[We didn’t know] the answer to the zeroth order question – is the explosion spherical or asymmetric in nature? – a moment of discovery came from analysis of supernova data after the first day of the explosion. It was something that wasn’t expected, but I was surprised by how clear the results and numbers were. In science, things are generally a little muddy, but the sharp explosion asymmetry basically stood out in data. Sort of an ‘aha’ moment for us!”

I was very interested to know what got Doug involved in physics and academia. His response was an amazing one, “My story is a little atypical, in that I have been late to astronomy. I was an undergraduate at the University of Pennsylvania, had to pick a major – hadn’t given it much thought. I was handed the book of majors, and I decided to major in something that I didn’t know much about. With a shortlist of 4-5 majors, astronomy stood out because it seemed very intriguing. This made me realize that I’d then be taking a long list of physics courses! But in the end, it worked out well! As an undergraduate, I couldn’t tell you how the seasons were formed – had to do a lot of catching up in the field. Therefore, when I find an undergraduate now who doesn’t know this or any other ‘basics’, I don’t laugh at them – I was in their position!”

Doug is heavily involved in teaching, especially the Introduction to Astronomy course at San Diego State, which is often the ‘first science class students take at university, and has the largest impact audience’, according to him. His mantra is simple,”I try to ensure that the students, rather than learning about astronomy, learn something about science. If they can leave with just one thing about science, that would be that science is about falsifying ideas, not about proving ideas correct.”

Bringing the interview to a close, I had to ask, “What advice would you  give to your younger self?” Doug’s reply was classic, and helpful,” I would say a couple of things. Small academic decisions – in hindsight – can have huge impacts on your career, so weigh everything carefully. Also, a piece of advice someone gave me and worked well for me was that you’d never have as much passion for any other project than your own. Big collaborations are great and you learn a lot from being a cog in the wheel, but when you hatch the whole thing, the science – which is exclusively yours – is super fun.”

Catch Doug Leonard’s talk at AAS next week for some supernova super-fun!