Is our Solar system special and vastly different from all the exoplanetary systems out there? “I wouldn’t say so”, says Prof. Rebekah Dawson, an assistant professor in the Penn State Department of Astronomy & Astrophysics, and the speaker in today’s post. 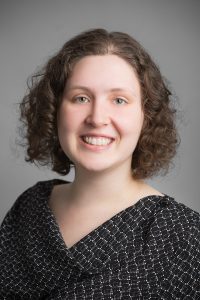 Prof. Dawson, a young academic, is the receiver of this year’s Annie Jump Cannon Award presented by the American Astronomical Society for her promising and valuable contribution towards the field of exoplanets, especially to our understanding of the observed multi-planet systems. According to her award citation, “Her studies help explain exoplanets’ mutual orbital inclinations and eccentricities as well as their migration towards and away from each other and their host star”. In her plenary talk at the upcoming AAS meeting, Prof. Dawson will talk about her work on the origins of the inner planets of observed exoplanetary systems (including hot Jupiters, warm Jupiters, and super-Earths) in the context of their formation and evolution. Over the last few years, Dawson has done extensive work studying the mutual dynamical interactions of exoplanets by way of simulations, theory, as well as statistics, and is committed to help build a unified blueprint that can not only explain the architectures of extrasolar systems, but also place our own seemingly different Solar system’s planets within the census of all other planets.

When asked about her path into academia and astronomy, Dawson described her younger self to be a person of many interests. “Growing up, I was interested in a lot of different things”, remarks Dawson. Recalling her time in college, she described, “I read this book ‘A Brief History of Time’ by Stephen Hawking, and that kind of put astronomy on my radar.” Luckily, her undergraduate college presented her with an array of favorable choices, and her curiosity led her to take an introductory course in astronomy. Her experience with that first course encouraged her to take more specialized courses, take on research endeavors, and ultimately catapulted her into pursuing astronomy as her profession.

During her time as an undergraduate student, Dawson recollects thinking of research and ideation as something only a few people are capable of. It was only later on, during one of her stints as a summer researcher, that her mentor impressed upon her the value of looking at research not necessarily as an inborn talent, but as a profession. This advice changed Dawson’s outlook, and still dwells in her memory as one of the most cherished pieces of advice. According to Dawson, ideation is facilitated by one’s expertise in a field, which in turn comes from delving deep into its study. “When you become more familiar with the area, you start to observe the missing pieces and ask new questions in the context of what’s already been done.” In addition, reminiscing her experiences from a difficult math class she once took, Dawson personally advices rising students to not take hurdles in one’s research as one’s own inadequacy. “Sometimes, we move into a big obstacle and think [that] I’ve reached the end of my ability”, she says, “but in reality, it’s a chance for us to grow in our capabilities.”

For people attending the upcoming #AAS230, do not miss the opportunity to attend the wonderful Prof. Dawson’s talk at 11:40 AM on 5th June, 2017.

Preparing for the temperature drop at night