Knipp is a Research Professor at the Aerospace Engineering Sciences Department at the University of Colorado at Boulder. Her plenary talk is titled “Space Weather: Linking Stellar Explosions to the Human Endeavor.” 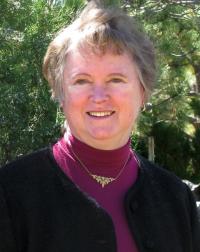 Knipp actually began her career studying weather here on Earth. She spent some years doing conventional meteorology, particularly with the United States Air Force. Knipp began getting interested in the “space-atmosphere interface region” and became completely hooked when she took an astronomy course during her master’s degree. She ended up studying space environments for her PhD, and she’s been studying space weather ever since.

Space weather, as Knipp puts it, is “related to disturbances in the Sun that propagate to Earth and affect humans or technology that humans operate.” This includes coronal mass ejections from the Sun—solar flares that eject magnetically-confined mass, producing plasma bubbles. Knipp and her research group monitor these kinds of solar events with a wide range of datasets, and Knipp herself often writes and teaches about possible impacts of these events on human technology.

For example, astronomers often care about space weather driven by Galactic cosmic rays. As editor of the journal Space Weather, Knipp recently published about the effects that an upcoming solar minimum (the period in the Sun’s 11-year cycle when solar activity is lowest) could have on cosmic ray fluxes. Because the Sun’s magnetic field will be weakest during this minimum, cosmic ray fluxes will be at the highest they’ve ever been since the aviation age started—so it’s important to understand how increased radiation doses might affect aviation workers and travelers. This is just one example of how societally relevant this area is; this kind of work is interesting to people in academia, industry, and government.

Knipp advises students, “Be prepared to think that you might end up doing something completely different… and that’s fine!” As a girl, Knipp knew she wanted to be a weather forecaster, and her academic degrees are all in atmospheric science. But now she’s in an aerospace engineering department, teaching physics, and doing astronomy-related research! Her meteorological background has given her a unique perspective on space weather—she is interested not only in how the Sun affects space weather, but also in how conditions in our own atmosphere contribute to space weather.

If you’re interested in learning more about space weather, get out of bed early and see Prof. Knipp’s talk at 8:30 AM on 8th June at #AAS230! There might even be some really cool stereoscopic images of the Sun in store for you…