Title: Through a Smoother Lens: An expected absence of LCDM substructure detections from hydrodynamic and dark matter only simulations

Status: Submitted to The Monthly Notices of the Royal Astronomical Society (open access)

The nature of dark matter remains a mystery, but scientists are not giving up hope. Instead, they are coming up with new techniques to learn everything they can about this mysterious substance. Previous astrobites have covered the search for gamma-rays created in the annihilation of dark matter particles and the study of holes torn through streams of stars by invisible clumps of dark matter. Today we will learn about one more method for hunting down these invisible particles, which takes advantage of the awesome phenomenon of gravitational lensing. 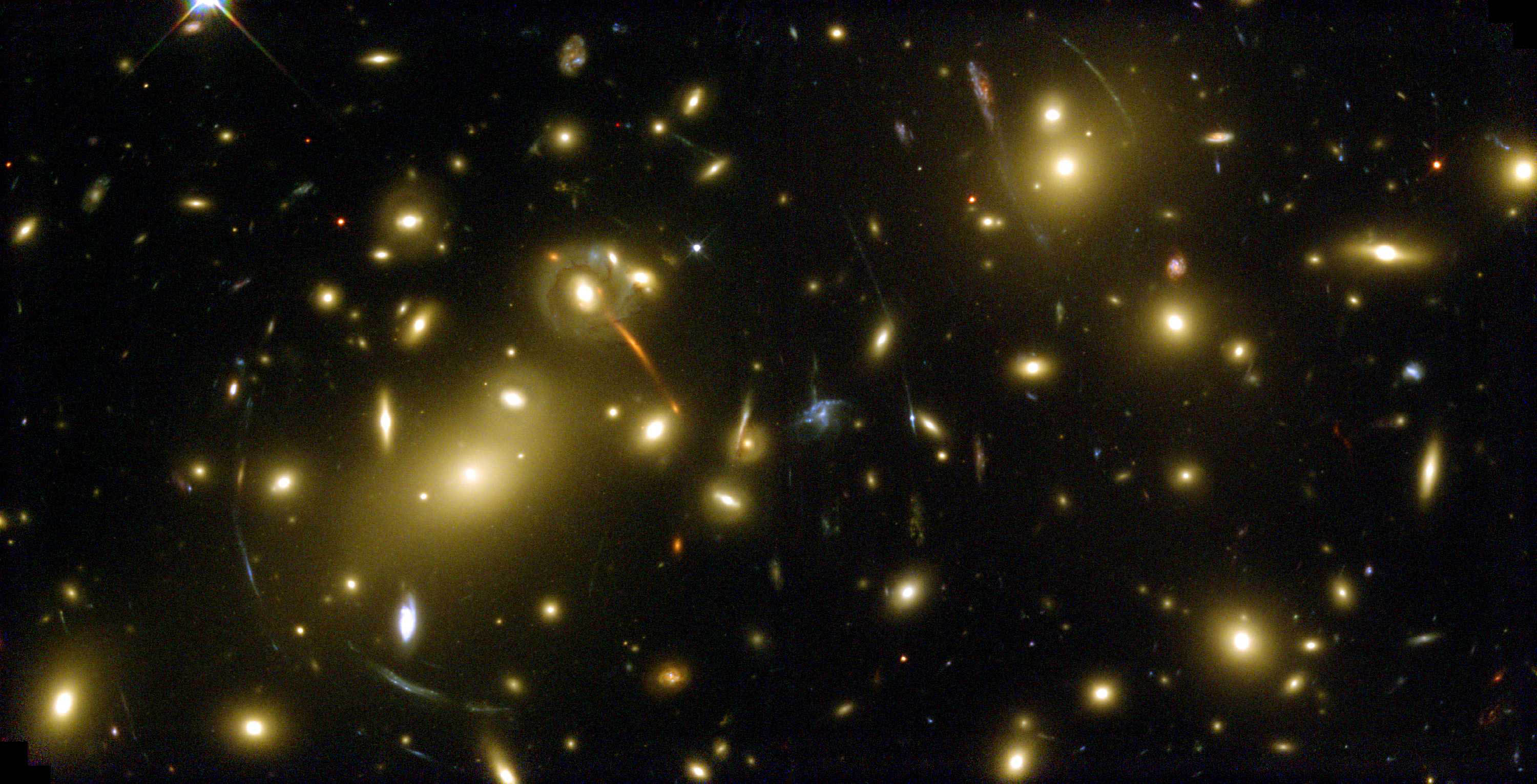 Figure 1. An example of gravitational lensing. Faraway galaxies are distorted and magnified as their light is bent by the gravitational field of a dark matter halo. Source: NASA/ESA

Dark matter halos are not smooth clouds, they are lumpy conglomerations of smaller dark matter halos (Figure 2). When a large halo acts as a gravitational lens, we can see how exactly the light is refracted and try to figure out just how lumpy that halo is, i.e. how many smaller halos it contains. This is important, because different theories of dark matter predict different numbers of low mass halos. If we could count this number, we could make a lot of progress towards revealing the true nature of dark matter. The problem is that these low mass dark matter halos are too small to contain their own galaxies, so unlike larger halos, they really are completely invisible. This is why we need gravitational lensing. 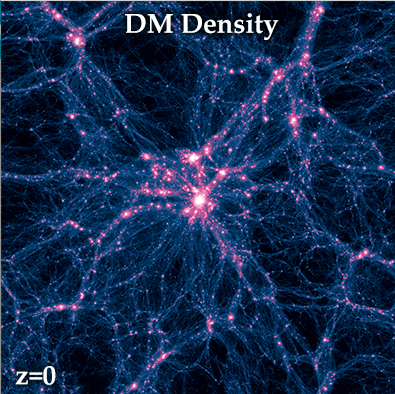 Figure 2. This is a snapshot from the simulation used in today’s paper. The bright spots are regions of high dark matter density. Dark matter forms a complicated web of halos connected to and embedded within other halos. Source: The Illustris Collaboration

In order for these observations of gravitational lensing to tell us anything meaningful about the nature of dark matter, we need to have a clear expectation of the number of halos predicted by various theories. Today’s paper uses simulations to pin down this number. The authors take simulated dark matter halos and model observations by looking at the halo from a particular direction, and counting the number of low mass halos that are close enough to affect the bending of light by the gravitational lens. They repeat this for several directions and many different halos and come up with a prediction.

The trick, though, is that simulations are not perfect, they are simplified representations of the actual Universe. Galaxies are huge complicated systems made up of many smaller complicated systems and it takes a crazy amount of computational power to simulate all of these things at once. It is much easier to simulate a large number of galaxies along with their low mass halos if you just cut out all of the messy things like star formation that normal, or “baryonic,” matter brings to the picture, and  just stick with the relatively simple gravitational interactions of dark matter. An important aspect of today’s work is the comparison of dark matter only simulations with simulations that also include the messy physics of baryonic matter.

Figure 3. Left: The number of dark matter halos as a function of distance to the center of the larger “host” halo. The black line comes from the dark matter only simulations and the magenta line comes from the simulations including baryonic physics. The number of dark matter halos is significantly decreased when complicated galaxy physics is taken into account. Right: The distribution of the “surface number density” (number per unit area) of low mass halos. The large bar at zero means that a huge fraction of observations (~85-95%) saw zero halos. Source: Figures 3 and 4 in the paper.

Ongoing and future observations should provide us with huge numbers of gravitational lenses in which to search for low mass halos. The Dark Energy Survey, which is currently in progress, should discover a few thousand, and future telescopes like LSST and Euclid are each expected to discover over a hundred thousand. This huge jump in the number of observations of gravitational lenses, along with continued improvements in simulations of galaxies with real, complex physics, will jumpstart this search for invisible low mass halos, and, if we’re lucky, will teach us something new and unexpected about the nature of dark matter.

How irregular rotation can change a galaxy’s metal content