In 1965, the landscape of astronomy looked nothing like what we know today. Penzias and Wilson had just discovered the Cosmic Microwave Background, humans hadn’t yet set foot on the moon, all sorts of discoveries—pulsars, exoplanets, the acceleration of the expanding universe—were waiting to be made… and graduate student Eric Becklin had just started studying infrared astronomy.

Prof. Eric Becklin is now a professor emeritus at the University of California Los Angeles. He has been awarded the AAS’s 2017 Henry Norris Russell Lectureship in recognition of his “lifetime of eminence in astronomical research,” and he will give a plenary lecture on his illustrious career in infrared astronomy. 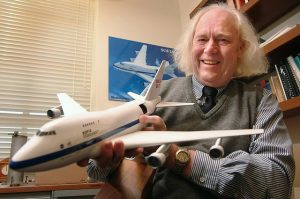 Figure 1. Professor Eric Becklin reminds students to “do something that you really enjoy, and do it with passion.”

Becklin actually started out as a physics student, one who “really didn’t have any interest in astronomy.” He went to graduate school for physics, but he quickly decided he wasn’t “going to do high energy physics or [quantum] field theory or anything like that,” and started taking astronomy courses instead.

How did Becklin get into infrared astronomy research? “Well, that was just luck,” Becklin says. He was looking for an advisor, and Gerry Neugebauer and Bob Leighton were just starting the Two-Micron Sky Survey. As Becklin recalls, “that was lucky because I had just taken these astronomy courses.”

The Two-Micron Sky Survey (TMSS) was one of the first large-area near-infrared surveys. While working on TMSS, Becklin discovered an infrared source in the Orion Nebula. This object, one of the reddest known sources with no optical counterpart, is now called the “Becklin-Neugebauer object” (Figure 2). Becklin also discovered that he “enjoyed [infrared astronomy] tremendously,” and he has stayed in the subfield ever since. 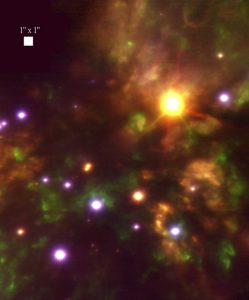 Figure 2. The Becklin-Neugebauer object in the Orion Nebula, a bright infrared source thought to be a young runaway star. It was one of the first objects discovered that might still be forming! Credit: ESO

Throughout his career, Becklin has dealt with all kinds of infrared detectors, including ground-based telescopes (e.g., the Keck telescopes on Mauna Kea in Hawai’i) and space telescopes (e.g., the Spitzer Space Telescope), but today he is perhaps most well-known for his work in airborne infrared observatories. These detectors fly on balloons or airplanes at high altitudes, avoiding cloud cover and infrared-absorbing water vapor.

In particular, Becklin was instrumental in the development of the Stratospheric Observatory for Infrared Astronomy (SOFIA; Figure 3). Becklin now serves as the senior science advisor for SOFIA, advising the director and staff about SOFIA’s science goals. 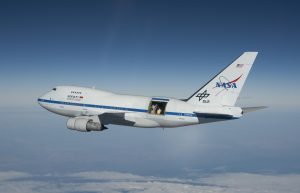 Figure 3. SOFIA consists of a 2.5m telescope mounted on a Boeing 747 plane that flies for 8-hour shifts. Credit: NASA

Becklin’s main current scientific interest is the Galactic center. SOFIA has been able to measure radiation from dust and gas around the black hole at the center of the Milky Way, and Becklin will talk more about these observations during his lecture. Furthermore, he will also discuss our understanding of the Galactic nucleus in the context of observations of the centers of other galaxies.

If you’re interested in learning more about these results or about Prof. Becklin’s illustrious career, check out his talk, “Fifty-four Years of Adventures in Infrared Astronomy,” at 4:30 PM on Thursday, 11th January at #AAS231!