Although we’ve discussed science policy on Astrobites before, the author of that post (me) will be the first to say that she’s no expert in policy. Fortunately, David Goldston is an expert, and he’s giving the Science Policy Plenary Talk at #AAS231, titled “The Politics of Science Funding: Is the Fault in Our Stars?”

Goldston is the head of the Washington Office for the Massachusetts Institute of Technology (MIT), where he serves as a liaison between policymakers in Washington, DC, and the MIT administration. He tries to “inform the policy process with ideas from MIT, and to make sure MIT is fully aware of what’s going on in Washington that could affect it.” 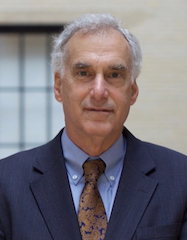 To scientists, the interface between science and policy can sometimes seem like another world. But according to Goldston, it’s not necessarily difficult to get involved with science policy. “Like any other subject, you need to do your research and understand why people are doing what they’re doing,” he says. It’s especially important to remember that most people don’t share the same motivations as scientists—the government (ideally) aims “not to further the interests of scientists, but to further the interests of the general public.”

This means that scientists can amplify their voices by convincing the public that science matters. Goldston says this can be done on a local scale through science outreach and communication (even social media), or in a more organized way through professional societies, like the American Association for the Advancement of Science (AAAS).

It’s also important to remember that scientists’ voices as citizens matter! Contacting elected representatives and voting at all levels—remember, local elections are just as vital for effecting change as national elections—can make a real difference. Goldston notes that national outcry from graduate students was at least partly responsible for the removal of the clause affecting graduate student taxes from the US tax bill.

Finally, for those who really want to be in the room where it happens, you can volunteer time or money for election campaigns, or even offer to help elected representatives with specific scientific issues (Goldston suggests that this might be easier to do on the local or state level). And there are several professional fellowships and other opportunities (see a partial list here) for those hoping to get involved in science policy as a career.

Worried about not having any prior knowledge in policy? Fear no more! Goldston’s own career path was a bit unorthodox, too. Although he’s always been interested in science, he admits that he ended up in science policy “somewhat, I’d say, by accident.”

With a degree in history, Goldston started his career as a newspaper reporter. He then moved to DC as a press secretary for Congressman Sherwood Boehlert. Rep. Boehlert was on the US House of Representatives Science Committee, so Goldston moved to the committee staff and began working on federal funding of university research. In the 1990s, he became Boehlert’s legislative director, and led successful efforts to maintain environmental protections that conservatives were trying to roll back.

Goldston has been working in science policy ever since. He’s seen drastic changes in US politics: increased political polarization; the growing role of outside interests and money; and, as Goldston puts it (perhaps mildly), “the debate over climate science has become even more vociferous.”

However, science itself continues to be an important tool for politicians. “Whatever people may think about the kind of regard political officials have for science,” Goldston says, no politician wants to say that they’re opposing science. “Scientific involvement matters a lot.”

If you’re interested in learning more about science policy and what you can do to get involved, check out David Goldston’s talk at 3:40 PM on Friday, 12th January at #AAS231!

(Also, definitely check out his excellent Nature column if you’re interested in further reading about the ins and outs of US science policy.)