Introducing Astronomy Sound of the Month 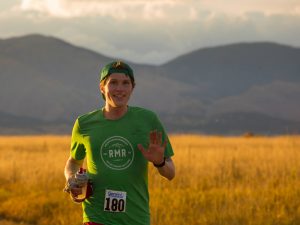 This is a guest post by Greg Salvesen, who researches black hole accretion disks as an NSF Postdoctoral Fellow at the University of California, Santa Barbara. Greg also does some running — mostly with people, but sometimes with donkeys.

I launched Astronomy Sound of the Month on January 1st of this year, with the first monthly installment (featured below) being an interactive map of the iconic Hubble Ultra Deep Field. Move your mouse over any of the 10,000 galaxies in the image and a note will play to indicate how far away that galaxy is from us. Low notes are distant high-redshift galaxies, while high notes are nearby galaxies. Playing around, you’ll soon discover two galaxies that are seemingly right next to each other might actually be billions of light-years apart! You’ll also find yourself playing a galactic version of Where’s Waldo?, searching for the very oldest galaxies or the handful of stars in our own Milky Way. This debut Astronomy Sound of the Month was made possible by the redshift measurements from the recent paper by Rafelski et al. (2015).

Astronomy is an inherently visual science. Galileo learned about the cosmos by peering through his telescope, drawing what he saw, and thinking hard. Today’s astronomers access the full electromagnetic spectrum by using visualization techniques to interpret data and produce the spectacular images that are often seen on Astronomy Picture of the Day.

As a scientist, I’m used to interpreting visual plots, which convey data by using attributes like different colors, line styles, and symbols. Sound is also a multi-dimensional medium with attributes like pitch, tempo, volume, and timbre. The use of non-speech audio to convey or perceptualize a dataset is called data sonification, a practice that can nicely complement more traditional visual representations of data.

Generally speaking, I find that sound gives me a better appreciation for temporal data because we experience sound in the time domain. Sound is also helpful for grasping logarithmic data because that’s how our ears operate — that is, we perceive loudness and relative pitch on a logarithmic scale. Interpreting data solely through sound is difficult, perhaps because that’s just not how scientists are trained, but I think sound does bring something valuable to the table. The analogy I like to give is to suppose you’re playing Super Mario Bros., but with the audio muted. Sure, you could still play the game, but your experience is not as rich as it would be if you could hear the “boing” sound when Mario jumps.

If you’re an Astrobites reader, chances are you’ve been bit by the astronomy bug. But do you think you would have the same interest in astronomy if you were one of the 63,000 legally blind students (American Printing House for the Blind, 2016) or the 7.7 million people in the U.S. with a visual disability (Cornell University’s Employment and Disability Institute, 2016)?

By being an inherently visual science, astronomy is inaccessible to these people who are just as much a part of the Universe as anyone else. I’m aware of only two blind professional astronomers and have heard stories of promising students who were effectively forced to abandon careers in science because of inaccessibility.

Astrophysics research is becoming more accessible to those who are blind or visually impaired with analysis software like xSonify and role models like Wanda Díaz-Merced. On the outreach front, SYSTEM Sounds has many exciting projects involving sonifications and tactile astronomy exhibits. While Astronomy Sound of the Month will not remedy the problem of inaccessibility in science, I am proud that it is a step in the right direction.

Here comes the pledge drive, but for content rather than funding. Astronomy Sound of the Month cannot survive without generous contributions from listeners like you.

The vision for Astronomy Sound of the Month is to use sound in a fun and creative way that makes the excitement of current astronomy research accessible to non-scientists and people with visual disabilities. Astronomy Sound of the Month is in its infancy and, if this project is to succeed, I need contributions from the astronomy research community. Regardless of your career level — undergraduate student through emeritus professor — please reach out to me through the AstroSoM Contact page if you’re interested in contributing your own awesome data sonification!

Experiencing a dark tour of the universe