Can you imagine a time when astronomers knew only about the planets in our own Solar System? The first planet outside our Solar System wasn’t discovered until the 1990s, but talking about exoplanets has now become commonplace in astronomy. In fact, we now know of almost 3000 confirmed exoplanets, with many more sure to be discovered by NASA’s ongoing Kepler mission and its new TESS mission. Chances are getting better that we may soon find evidence for life on one of these many exoplanets. This prospect is incredibly exciting for Dr. Debra Fischer. 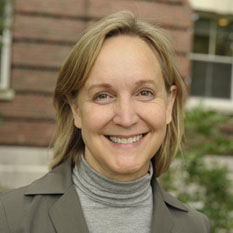 Dr. Fischer, a professor at Yale University and the #AAS232 Kavli Foundation plenary lecturer, has been studying exoplanets since before they were cool. Throughout her career, she’s witnessed several exciting breakthroughs that have revolutionized the field of exoplanets. One of the most exciting, she said, was the 1999 discovery of multiple (three, actually) planets around Upsilon Andromedae, a binary star in the constellation Andromeda. Prior to this, the community didn’t believe anyone was actually finding exoplanets. Specifically, “why would there be gas giants in four day orbits?” When we spoke, Dr. Fischer said that the general sentiment was that if they could find a system with multiple planets, “then we’ll believe you.” The discovery of multiple planets changed everything, from “funding from NASA, to the excitement in young scientists.”

Nowadays, Dr. Fischer’s primary interest is not in hot Jupiters, but in the much more challenging search for Earth-like exoplanets. In particular, she uses the radial velocity method to find exoplanets by searching for minute shifts in the host star’s spectrum indicative of a wobbling caused by an orbiting planet — a “Doppler dance,” as she calls it. Current technology allows us to detect wobbles on the order of 1 m/s, good enough to easily find hot Jupiters. Less massive planets and/or planets farther from their stars are much harder. Dr. Fischer is focused on getting technology to the point where we can readily discover Earth-like planets using the radial velocity method — which would require measurements at the level of 10 cm/s! Several projects she is part of show a lot of promise for accomplishing that goal. The CHIRON spectrometer at CTIO in Chile, the MAO spectrometer at Moletai Astronomical Observatory in Lithuania, and the EXPRES spectrometer at the Discovery Channel Telescope in Flagstaff, AZ will get us to at least 20 cm/s resolution. Dr. Fischer said she would love to finish her career by finding lots of small rocky planets, because these would be the best places to recognize biosignatures — in other words, hints of life!

Now a distinguished astronomer and a professor at Yale University, Dr. Fischer was a first-generation college student. In fact, she “didn’t know about astrophysics growing up.” However, she always had a desire to know how the universe worked. Even with that passion, she says she “never imagined [she] could be a scientist.” She believed she would “go to graduate school and that would be it.” That sentiment became even stronger when she became pregnant in the midst of graduate school at the University of California, Santa Cruz. With the help of a great support system, including another female graduate student who was also pregnant at the time, she graduated with her PhD in astrophysics and went on to a postdoc at San Francisco State University. Dr. Fischer noted the incredible importance of her mentors — without female mentors to look up to, and female faculty members in particular, she believes she would not have completed graduate school let alone gone on to become a tenured faculty member.

When asked about any advice she’d give her younger self, Dr. Fischer talked about a struggle many beginning researchers grapple with: trying to solve a problem with no known answer. “[Transitioning] from solving problems that have an answer [takes] courage and persistence,” Dr. Fischer said. She recommends that aspiring researchers make sure to choose questions that are important to them and that they’re passionate about. “That’s how you’ll keep going,” she says.

If you’re interested in hearing more about Dr. Fischer’s work, check out her plenary talk at 8:30AM on Monday, June 4 at #AAS232!