The Milky Way in Motion

For a long time, galaxy evolution research has relied on studying “snapshots” of galaxies at a single point in time. In some ways, this paradigm makes it easy to think of galaxies as static objects. But galaxies aren’t static at all, as Professor Gurtina Besla knows—and with more precise measurements than ever before, we’re starting to get a detailed picture of exactly how our Milky Way and other galaxies are moving around us.

Besla is a professor at the University of Arizona, where she studies how these galaxies move and evolve. She will be giving a plenary lecture at #AAS232 on “The Dynamics of the Local Group in the Era of Precision Astrometry,” in which she will discuss some of the most recent advances in our understanding of the structure and motion of the Milky Way and its neighbors, collectively called the Local Group. 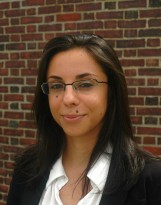 Figure 1. Dr. Gurtina Besla of the University of Arizona

It’s an exciting time to study the Local Group—the European Space Agency‘s Gaia mission recently released a second wave of data, including the velocities and positions of over a billion stars. Some of these stars are in the Milky Way’s satellite galaxies, allowing us to measure the overall motions of these galaxies (check out Philipp’s post from last year to learn about an attempt to do this using Gaia’s first data release).

Besla’s research group and others are now working to extract information about the orbits of these galaxies around the Milky Way. They can then compare these to simulations and begin answering some open questions: for instance, did any satellite galaxies fall into the Milky Way along with the Large Magellanic Cloud? Besla’s group thinks so (Figure 2). 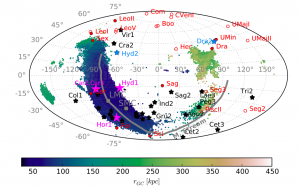 This isn’t the only new discovery about the Local Group that’s been made with Gaia data, nor will it be the last. The story is still evolving (as evidenced by the flood of Gaia papers on astro-ph). When asked what interesting results she plans to highlight in her talk, Besla responds, “There are a number of surprises… but I don’t want to give away my punchline.” You’ll just have to come to her talk to learn more for yourself!

Like the paths of the galaxies she studies, Besla’s path into astronomy wasn’t straightforward. She didn’t look into a telescope until she was in undergrad (“maybe that explains why I’m a theorist and not an observer,” she laughs). In fact, her worst subject in high school was physics—”I was better at literally everything else,” she says—but she liked the idea of doing physics in space. Because she’s “a fairly stubborn person,” she wanted to prove to herself that she wasn’t bad at physics. So Besla decided to study physics and astronomy in undergrad, where she took an introductory astro course that solidified her interest.

Besla also got involved in research early on in undergrad, which gave her a lot of experience and helped pave the way for future opportunities. (If you’re interested in undergraduate research, check out this great Astrobite about ways to get started!) However, Besla didn’t start on Local Group research right away. Instead, she tried multiple different projects: studying long-term variability in red giant stars, cleaning data for a large galaxy survey, designing a concept for a Mars scout mission, and modeling circumstellar disk environments.

But as Besla points out, “Just because you worked on something in undergrad doesn’t mean you can’t do something completely different in graduate school.” Although her undergraduate research helped solidify her love for theory, it wasn’t until she got to graduate school that she started working on galaxy evolution… and eventually, the Local Group dynamics that she studies today.

If you’re interested in hearing more about Dr. Besla’s work, come check out her plenary talk tomorrow at 12:20PM on Tuesday, June 5 at #AAS232! (Also, keep an eye out for another interview with Dr. Besla coming soon on the Astronomy in Color website!)