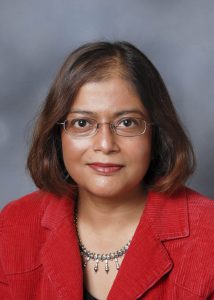 When thinking about seismic activity, we generally think about the processes within Earth and other rocky bodies; however, seismic study of stars can tell us much information about stellar structure and interiors. As Dr. Sarbani Basu concisely stated – “Geophysicists study the earth using earthquakes; I study stars using star-quakes.” The field of astroseismology has grown considerably thanks to pioneers like Dr. Basu. She first started studying seismic events in the Sun and has used her findings to study the seismic events of stars in general.

Dr. Basu works at Yale University and has been awarded the George Ellery Hale Prize for outstanding contributions in solar astronomy. Dr. Basu began her career around the time that helioseismology was gaining recognition, so there were many projects and measurements that she worked on which were the first of their kind. Using seismic data, she found a new method with which to measure the helium abundance of the sun. She explains that it is often difficult to measure solar “helium abundance through [its] spectra, but with seismic data” it is possible to measure the the helium abundance of the sun.  This new method opened doors in helioseismology and has allowed researchers to uncover precise data about the internal structure of our sun.

Dr. Basu knew from a young age that she wanted to be an astronomer. She credits her early interest in science to “to a lovely science teacher”,  and says that there was never a time that she considered other careers. When talking about her early career, Dr. Basu says that she “was lucky to be in right place and right time, [because] that [time] was the beginning of serious helioseismology.” 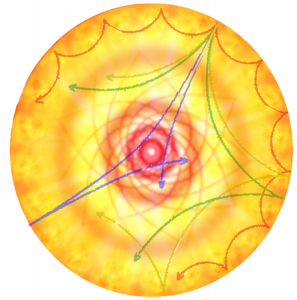 This image shows how acoustic and gravity waves propagate within stars. The study of these propagations is astroseismology and can reveal much about the internal structure of stars. Image and more information can be found at http://ceps.spacescience.org/asteroseismology.html

Dr. Basu is a trailblazer in the fields of solar and stellar seismology; when asked about advice she would have given herself as an undergraduate, she says that she “should have had more confidence in [her] abilities.” Like many women, Dr. Basu “definitely suffered from imposter syndrome.” To combat this, Dr. Basu offers the advice– particularly for women in the field– that “you have to work hard, but also have faith in your abilities.”

If you’re interested in hearing more about Dr. Basu’s work, check out her plenary talk at 8:30AM on Wednesday, June 6 at #AAS232!