Title: Basaltic material in the main belt: a tale of two (or more) parent bodies?

Status: Accepted for publication in the Monthly Notices of the Royal Astronomical Society, open access on arXiv.

The Asteroid Belt contains many objects left over from the formation of the Solar System. Studying these objects can yield insight into the conditions under which the planets formed.

What are asteroids made of?

In order to form a basaltic asteroid, you need to have a body with a thoroughly differentiated interior. Differentiation is the process by which heavy elements, like iron and nickel, sink to the planet’s core during its formation. To undergo differentiation, there must be enough heat to keep the materials molten. This heat comes from ambient heat in the surrounding protoplanetary disk, the decay of radioactive elements, and gravitational pressure. Small bodies cool more quickly than larger ones, so only large planetesimals become differentiated.

In order to get basaltic minerals, a planetary body has to go through a complete differentiation into an iron core, a silicate mantle, and a basaltic crust. Therefore, asteroids with a basaltic composition must come from a body that was large enough to become completely differentiated.

Vesta is thought to be the source of most of these V-type asteroids. Not only do these asteroids share a similar composition to Vesta, they also have similar orbits. Moreover, images from NASA’s Dawn spacecraft revealed a massive crater 500 km wide and 19 km deep. This impact, and another similar one underneath it, would have torn millions of cubic meters of material off Vesta, more than enough to account for the V-type asteroids observed today. 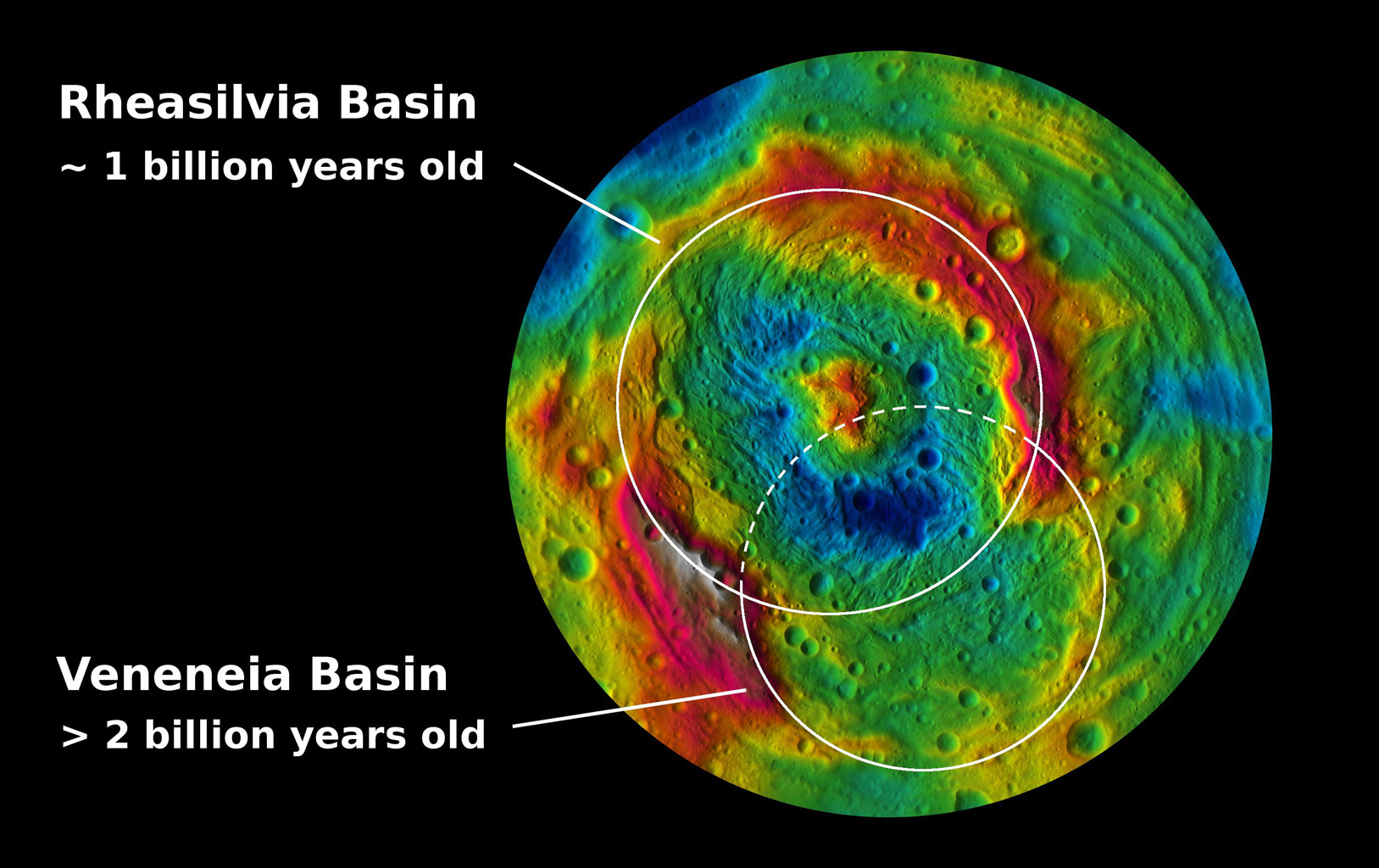 It is unlikely, however, that Vesta is the sole source of all V-type asteroids. In particular, there is a group of asteroids beyond the 3:1 orbital resonance with Jupiter. It is extremely unlikely that an asteroid originating from Vesta would be able to break through this resonance to reach a mid-belt orbit. Some of these asteroids also exhibit sizes that seem too large to have come from Vesta’s impact basins. Moreover, it is unlikely that Vesta is the only planetesimal to undergo complete differentiation. Therefore these V-type asteroids probably have a different origin than the vestoids. Since there is no clear parent for these V-type asteroids, either they were completely broken up or our understanding of the Solar System’s formation is wrong.

In this paper, Ieva et al. have examined 18 V-type objects in the middle and outer asteroid belt (MOVs). Using the Telescopio Nazionale Galileo (TNG), a 3.58m optical telescope in Italy, and the New Technology Telescope (NTT), another 3.58 m telescope in Atacama, they obtained spectral parameters and orbital elements of these objects.

Analysis of the spectra of these MOVs show a striking difference from the spectra of the vestoids. In particular, one of the parameters the authors analyzed was the spectrum’s apparent depth. They define this parameter as the ratio between the reflectance at 0.75

m wavelength is a significant absorption band in the spectra of basaltic asteroids, and the 0.75

m wavelength is an unabsorbed band. They compared this parameter to the depth exhibited by vestoids and other S-type asteroids. The depth distribution for the MOVs is higher than the distribution for the vestoids and non-vestoids (as shown in Figure 2). A statistical analysis of these distributions leads the authors to conclude with very high confidence that these differences are real and not a coincidence caused by a small sample size. 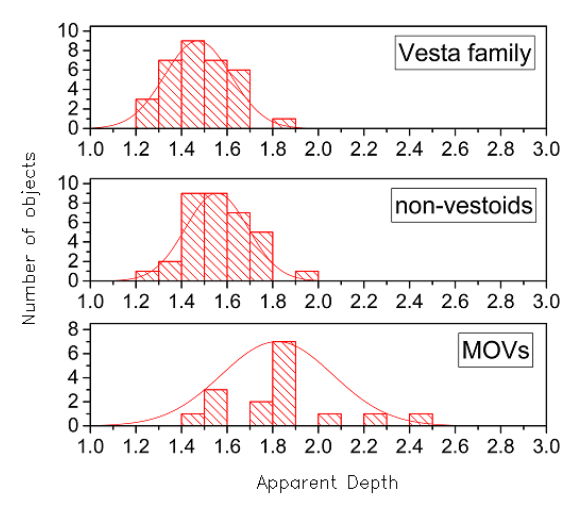 Figure 2: A histogram detailing the distribution of the apparent depth parameter for different populations of asteroids. The MOVs examined by Ieva et al. have a distribution centered at a higher depth, signifying a different composition. Image Credit: Figure 3b in paper.

Between the spectral differences and their more distant orbits, it is quite unlikely that the V-type asteroids in the middle and outer asteroid belt originate from Vesta. Of the objects examined by Ieva et al., three appear to be members of the Eos family, a group of asteroids around the asteroid 221 Eos. The presence of basaltic asteroids increases the possibility that Eos could have undergone differentiation. However, other MOVs in this study do not have any clear progenitor. If they did originate from a differentiated body further out than Vesta, it could mean that the temperature gradient in the Sun’s protoplanetary disk was different than currently assumed. If the heat from the protostar reached further into the disk, that would enable differentiated bodies to form further away. Further investigation and identification of more MOVs will be necessary to identify where they come from.