Imagine going for a walk in the summer and coming upon a swarm of bees in flight. But instead of buzzing around in a randomly-distributed cloud, many of the bees are flying in a tightly correlated disk or plane like the rings around Saturn. Not exactly what you’d expect to see, right? (See Figure 1.) 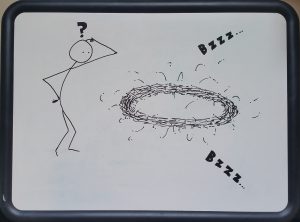 Figure 1: A very suspicious swarm of bees. Illustration by me.

Something similar is happening in the universe. (Except with dwarf galaxies instead of bees.) Large galaxies like our Milky Way are surrounded by swarms of smaller satellite galaxies. In simulations of galaxy formation made using the standard model of cosmology, the Lambda Cold Dark Matter model (ΛCDM), these satellite galaxies end up orbiting mostly randomly. That is to say, you generally wouldn’t expect to find multiple satellite galaxies having orbits similar to each other and orbiting in the same direction. However, observations of the Milky Way, the Andromeda Galaxy (M31), and the relatively nearby galaxy Centaurus A have revealed the presence of large, coherent planes of satellite galaxies orbiting around all three. And not only are many of the satellites orbiting in a plane, but in each case the majority of the galaxies in the plane are also orbiting in the same direction. (See Figure 2 for an overview of the various planar structures around the three galaxies.) 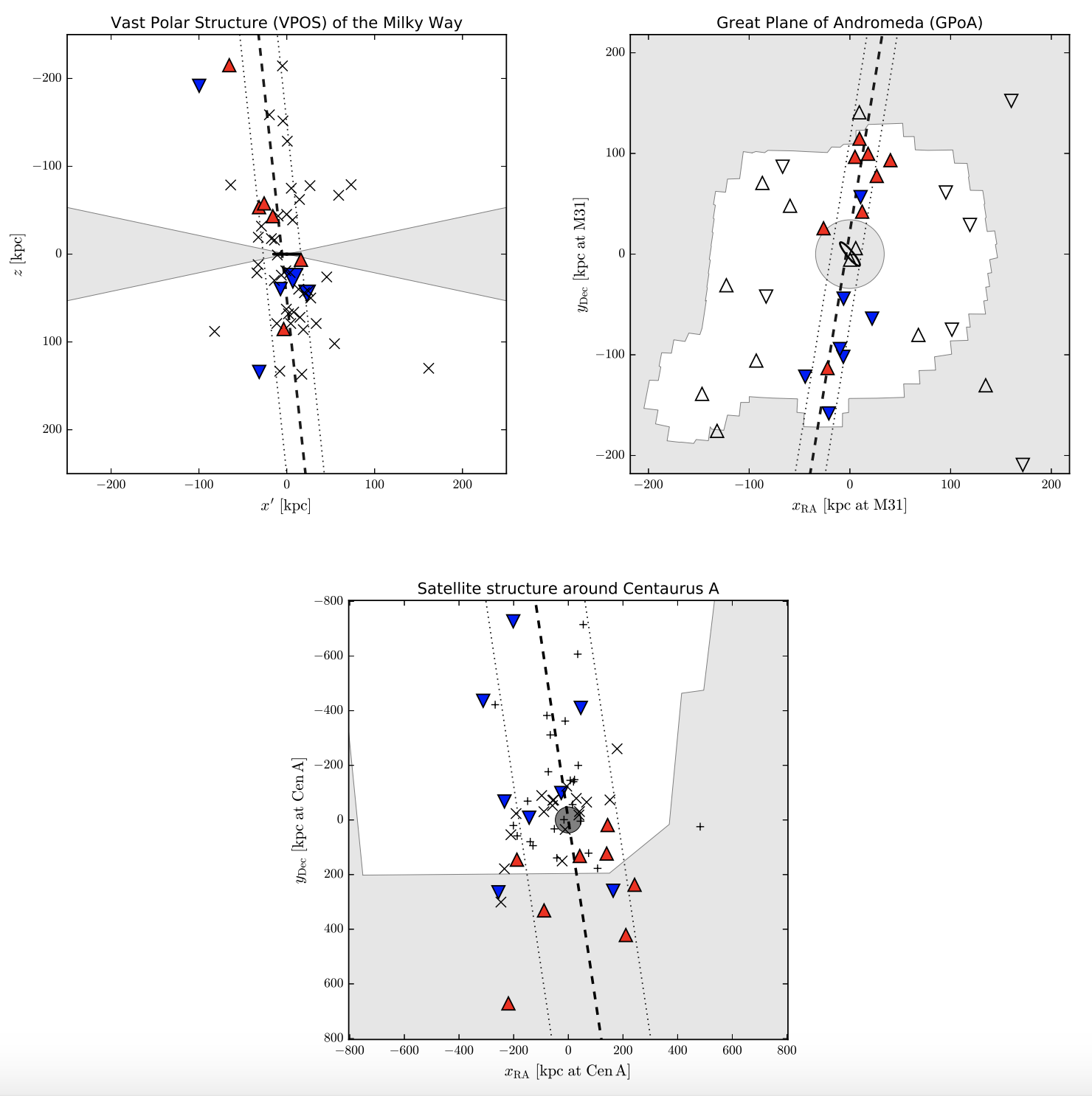 Figure 2: An illustration of the planes of satellite galaxies around the Milky Way (top left), M31 (top right), and Centaurus A (bottom). Colored triangles indicate satellites that are part of the planar structure; blue indicates approaching galaxies and red indicates receding galaxies. Galaxies that are known to not be part of the plane, or are not known to be part of it, are denoted by open triangles and X’s. Figure 1 in the paper.

The Problem: Comparison to Simulations

The interesting part of all this is that in the best simulations we have right now such tightly correlated satellite galaxy planes are extremely rare. To measure just how rare Pawlowski searched two large simulations, the Exploring the Local Volume in Simulations (ELVIS) suite and Millennium-II, for galaxies comparable to the Milky Way, M31, and Centaurus A. He then looked at their satellite galaxies to see how they compared to what we observe in nature.

The result? Planes of satellite galaxies turned out to be extremely unlikely, showing up in a mere 0.1% (Millennium-II) to 0.5% (ELVIS) of galaxies. This might not be a problem if we only knew of one such structure, but we now know of three in the local universe which is significantly more than we’d expect to find based on these simulations. This discrepancy is known as the Planes of Satellite Galaxies Problem, and has been suspected for a number of years now (see for instance this earlier Astrobite).

Pawlowski considered three possible solutions that have been put forth to address this outstanding question, but concluded that all three have their own problems:

So there we have it: dwarf satellite galaxies are too orderly. Pawlowski concludes that at this point it remains an open question how these planes of satellite galaxies are formed. This suggests work for theoreticians, simulation authors, and observers: theoreticians can start working on modeling these planar structures, simulation authors can figure out how to incorporate them into simulations, and observational astronomers can search for more such structures around other galaxies to better understand just how common these things are in the universe. Definitely an exciting problem for astronomers to solve!