Title: The mass of the Milky Way from satellite dynamics

Weighing our Galaxy is a difficult task. The Milky Way is a complicated mess of stars and gas, and – to make things even more difficult – the majority of our Galaxy is invisible in the form of dark matter (Figure 1). Today’s paper states that current calculations of the mass range from about 500 billion to 2.5 trillion times the mass of our sun. The difference between these two huge numbers is only a factor of a few, but a precise measurement of the mass of the Galaxy is essential for understanding the physics of galaxy formation and for unraveling fundamental cosmological mysteries like the nature of dark matter. 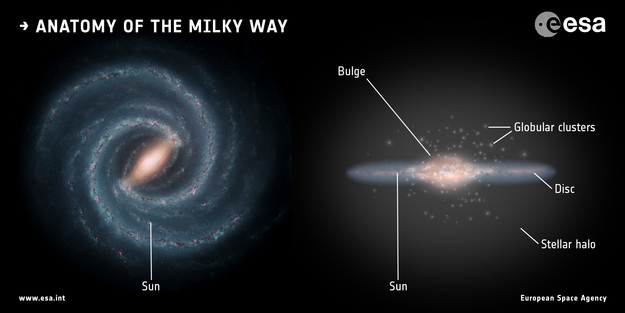 Figure 1. The Milky Way is a complicated system with many different components. In addition to the stellar components shown in this illustration, the entire galaxy is enveloped in a cloud of invisible dark matter. (Source: ESA.)

This number is very important to pin down because our Galaxy is such a unique laboratory for studying the mysteries of the Universe. It is the only galaxy that we can observe from up-close, and thereby collect detailed information on the structure of a galaxy and the complicated physical processes that occur within it. This snapshot of a single galaxy can be generalized to overarching physical theories when combined with observations of distant galaxies and compared to theoretical predictions from numerical simulations. This generalization, however, depends on our ability to place the Milky Way in the context of the general galaxy population – and this requires a precise measurement of the mass of our Galaxy.

So, how is it possible to weigh a Galaxy from within? The authors of today’s paper measure the mass of the Milky Way based on the motions of orbiting satellite galaxies (Figure 2). Just like we can use the orbital speeds of the planets in our solar system, along with Newton’s law of gravitation, to infer the mass of the Sun, we can use measurements of the orbits of small satellite galaxies around the Milky Way to weigh our Galaxy. 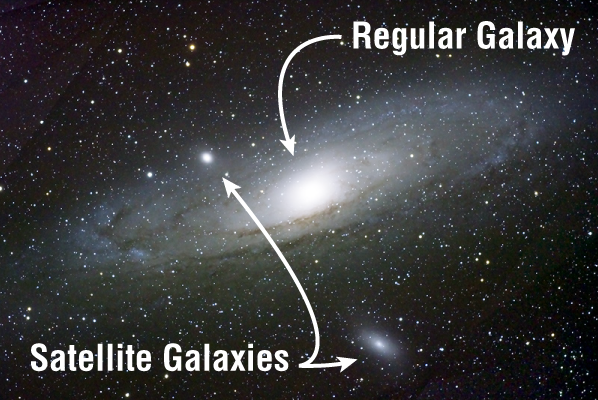 Figure 2. Galaxies like the Milky Way are orbited by smaller satellite galaxies. The orbits of these satellites can be used to determine the mass of the central galaxy. (Source: Boris Štromar.)

Although the general concept is the same, weighing a galaxy is much messier than weighing a star. The mass in the Milky Way is spread out over a huge volume, complicating the calculation. Instead of calculating the mass analytically, the authors take advantage of complex galaxy formation simulations. By comparing the distribution of satellite galaxy orbits in the Milky Way to those of simulated galaxies of various masses they were able to tightly constrain the mass of the Milky Way.

In particular, the authors use the energy and angular momentum of satellite galaxies, calculated from measurements of their positions and velocities. They took advantage of the powerful new Gaia DR2 dataset released in April (which you can read more about in these Astrobites) to obtain the velocities of the satellite galaxies. On the other end, they determined the theoretical distribution of energies and angular momenta (as a function of galaxy mass) based on the state of the art EAGLE simulations (Evolution and Assembly of GaLaxies and their Environments). They then compared the measured values to the theoretical predictions in order to statistically determine the mass of the Milky Way. 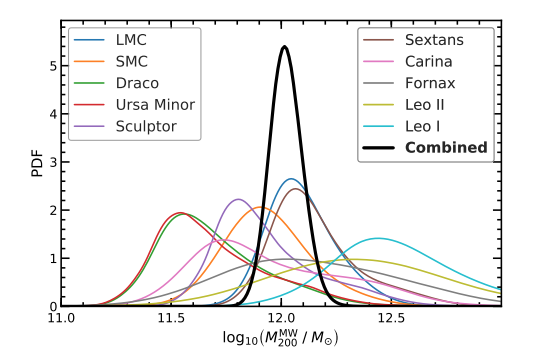 Figure 3. The authors found the mass of the Milky Way to be about 1 trillion (1012) times the mass of the sun. Each of the colored lines shows the value determined based on the orbit of a single satellite galaxy. The black line shows the combined measurement. Adding even more satellite galaxies to the calculation would improve the measurement even more. (Source: Figure 5 in the paper.)

The authors use one more clever trick to obtain an even more precise measurement. Numerical simulations require a lot of computational power, so the number of simulated galaxies is limited. This means that the EAGLE simulations contain a relatively small number of galaxies at masses similar to the Milky Way. However, even for a certain galaxy mass there is significant variation in the behavior of satellite galaxies, so accurate predictions require a large sample. To increase their sample size, the authors use the fact that the energies and momenta of satellites follow a simple relationship with the mass of the galaxy – they are both proportional to M2/3. The satellite properties can therefore be adjusted to correspond to different masses, increasing the sample size. This simple trick allows for a larger sample of realistically simulated galaxies at a range of masses to compare to the satellite properties of the Milky Way. 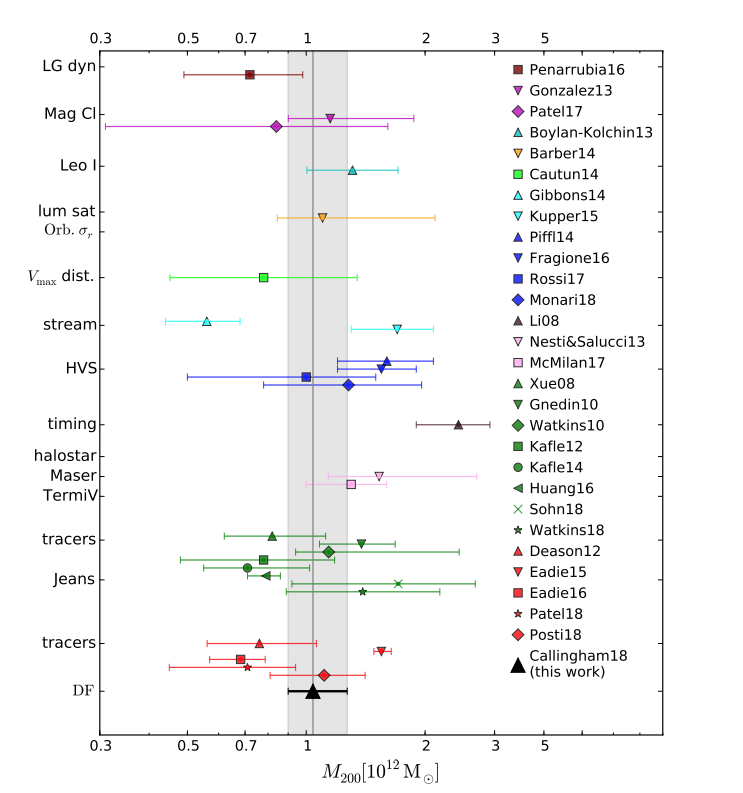 This clever method, combined with state of the art data and powerful simulations allowed the authors to obtain a measurement of the mass of the Milky Way of about 1 trillion times the mass of the sun, with an uncertainty of only 20% (Figure 3)! The number is within the range of alternate measurements, but is more precise than most previous values (Figure 4). This measurement will continue to improve as more satellite galaxies are precisely measured and included in the calculation. As the mass of our Galaxy is more tightly pinned down we will be able to place stronger constraints on exciting physics, including the role of feedback in galaxy formation, the predicted number of satellite galaxies around the Milky Way, and the nature of dark matter.