Title: An Earth-sized exoplanet with a Mercury-like composition

Earth, Mars, and Venus are close siblings in our Solar System. They have similar bulk compositions, consisting of about 30% iron core and 70% silicate mantle. Mercury, being the smallest guy, is composed of about 70% metallic core and 30% silicate mantle. The evolution scenarios that can make the metal-rich composition of  Mercury are still under debate. To make the story even more intriguing, the authors of today’s paper report the discovery of a planetary system K2-229, in which the inner planet has an Earth-like radius but Mercury-like composition!

K2-229 was first observed by the K2 campaign (hence the name) in 2016, then followed by HARPS (High Accuracy Radial velocity Planet Searcher) to confirm the transiting candidates and to measure the mass in high precision. K2-229 orbits around a bright K dwarf star and is therefore suitable for precise radial velocity measurements. The team carefully analyzed the photometric and spectroscopic data to identify a modulation caused by stellar activities. After the correction, the masses and radii are retrieved as listed in Table 1. 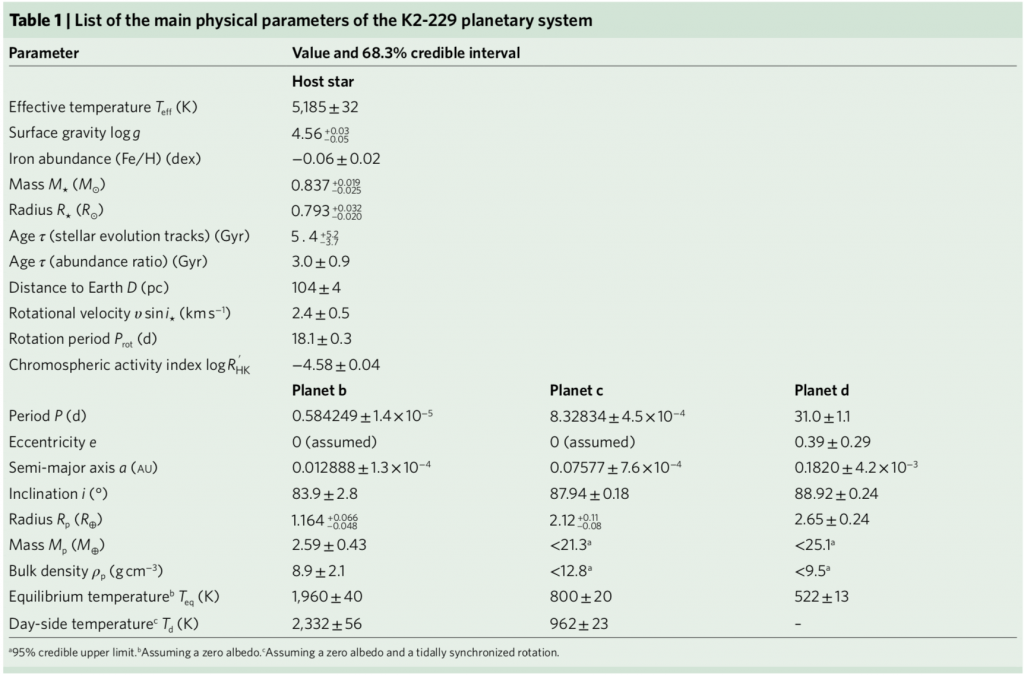 The “physique” of several known Earth-sized planets are summarized in Figure 1. The white region represents the possible Earth-like parameters, enclosed by the theoretical composition curves of pure iron core and pure water. Objects denser than pure iron core are considered non-planetary, and those lighter than pure water are gaseous planets. One can see that Earth and Venus have a very similar composition, while some of the TRAPPIST planets seem to lack cores. 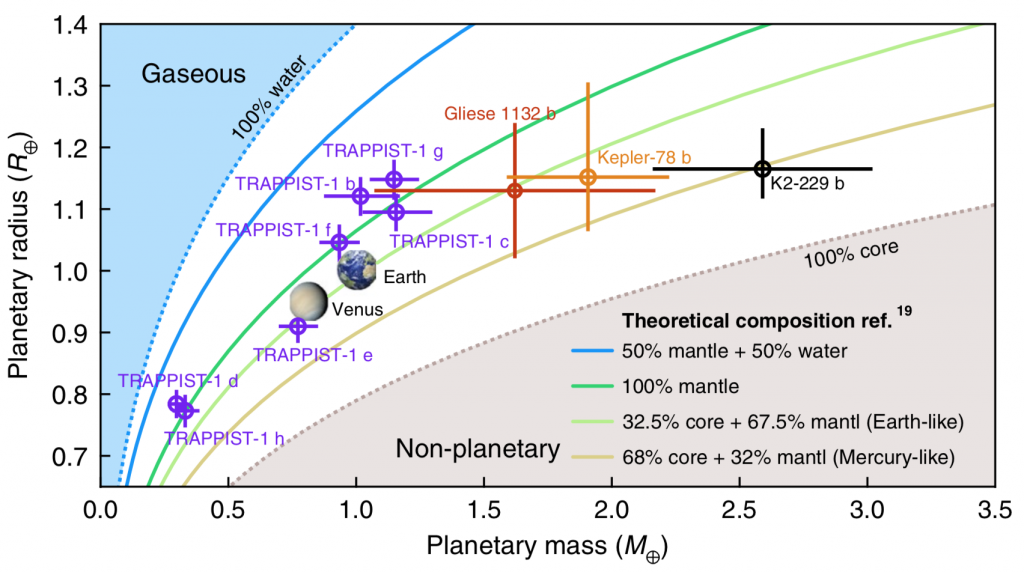 K2-229 sits on the Mercury-like curve, with the iron core making up about two-thirds of its mass. This is the first Earth-sized planet resembling Mercury, and its composition contrasts the one expected based on its host star. Like Mercury, K2-229 b probably lost its silicate by vaporization from the star or experience a giant impact that ripped off most of the mantle layers. In the latter scenario, large exomoons would be expected to search for in the future.

The planet K2-229 b surprises us with its unique abundances. While its composition is similar to that of Mercury, it is larger and closer to its star. Further theoretical work is required to fully understand the formation and migration of these terrestrial planets. We could also expect more high precision mass-and-radius measurements would refine our understanding of the origin of the planets.