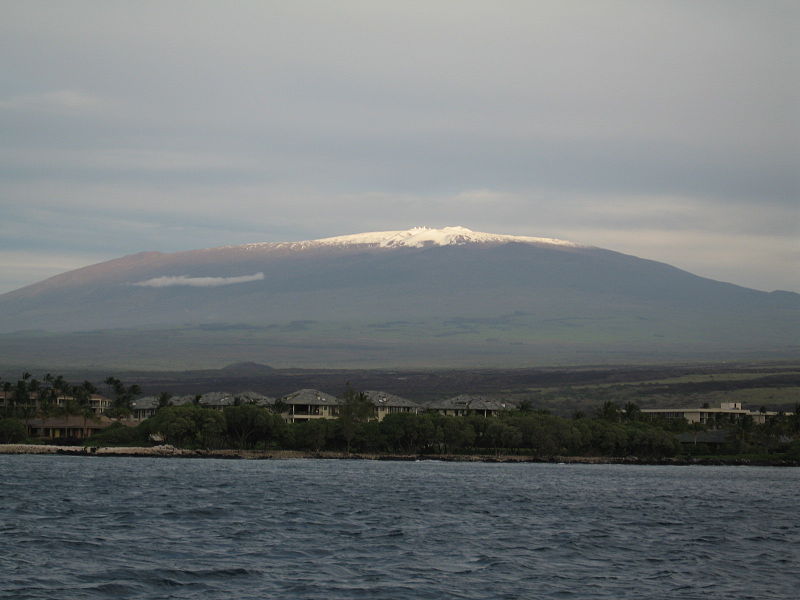 On October 30, 2018 the Supreme Court of Hawaii upheld the issuing of a permit for the Thirty Meter Telescope (TMT). This will allow the TMT to be constructed near the summit of Mauna Kea. The ruling concluded a challenge to the permit from over a year ago, which came from Native Hawaiians who consider the mountain sacred. This dispute did not begin in 2017— in 2015, the Supreme Court revoked the same permit on the grounds that it was issued before opposing views could be heard. In 2014, the TMT’s groundbreaking ceremony was halted by protestors.

The TMT project is not the first time astronomy facilities on Mauna Kea have come under scrutiny. In 2003, NASA’s plan to build four “outrigger” telescopes around the Keck twins was scuppered over an insufficient study of environmental impacts and cost. In 1998, a state audit detailing the mismanagement of Mauna Kea was released. This LA Times article from 2001 feels very familiar given the current controversy.

How did telescopes end up on Mauna Kea? 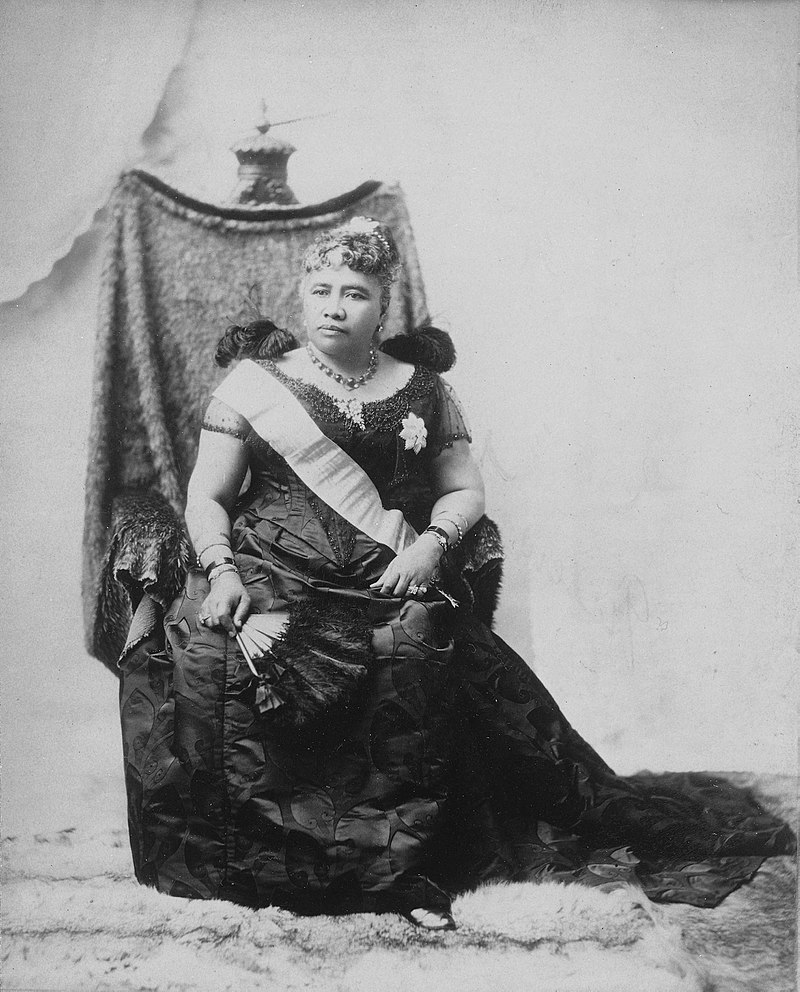 Queen Liliʻuokalani, the last sovereign monarch of the Kingdom of Hawai’i, circa 1891 [Credit: Wikimedia Commons]

To be overly brief on Hawaii’s history (for a more in-depth look in the context of the TMT, see Abby Starr Herhold’s thesis “Hawai’i’s Thirty Meter Telescope”), the islands were a sovereign kingdom until 1893, when an alliance of U.S. Marines, businessmen and descendants of missionaries overthrew Queen Liliʻuokalani. Hawaii was then annexed in 1898 and remained an American territory until 1959, when a majority of registered voters on the islands voted for it to become a state.

Following the 1893 coup, all land that was not privately owned became “Public Lands”, which later became the “Ceded Lands” after the annexation. Some 550,000 acres of these lands were taken by the federal government and the remaining 1.4 million acres became state land.

In 1968, the Board of Land and Natural Resources (BLNR) leased a patch of state land—you can read the lease here—to the University of Hawaii (UH). The term of the lease was 65 years, from January 1, 1968 to December 31, 2033 and granted UH use of all lands on Mauna Kea higher than 12,000 feet. At the end of the lease, the land would be returned to state hands “in good order and condition, reasonable wear and tear expected.”

The first telescope on the mountain, the UH 2.2-meter telescope, began operations in 1970. Since then, twelve more telescopes have followed, dotting the land that is now known as the Mauna Kea Science Reserve. Astronomy on Mauna Kea spans a wide range of the electromagnetic spectrum, with optical, infrared, and radio telescopes in attendance. Any non-UH observatories sublease the land from UH (for example, see Keck’s sublease here) in exchange for infrastructure maintenance and telescope time.

Some of the observatories on Mauna Kea [Credit: Institute for Astronomy, University of Hawaii]

Mauna Kea’s location makes it a prime site for astronomy; it is on an island high above sea level with very little humidity or atmospheric turbulence. It could be argued that it is the best location for astronomy in the Northern Hemisphere. Mauna Kea was chosen as the site for the TMT after a five year campaign that included sites in Chile and Mexico. As of today, thirteen telescopes stand on the mountain. At least 25% of them must be closed for the TMT project to continue. One of the telescopes being decommissioned is the Caltech Submillimeter Observatory, which ended operations in 2015. 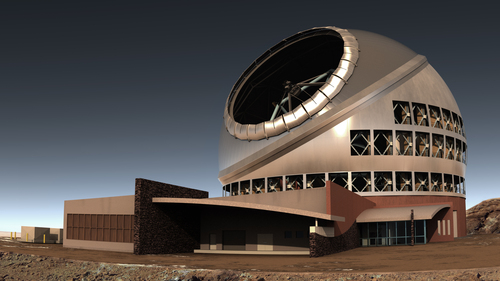 The TMT was conceived to be the largest ground-based telescope ever built. With its ability to peer deeper and further into space, the TMT will aid advancements in almost all areas of astronomy. The project partners range from universities to government agencies from the US, Canada, India, China, and Japan.

The proposed site for the TMT is “on the northwest slope of Mauna Kea, below the summit ridge”, also known as the North Plateau. It was chosen to minimize distance and visibility to sacred sites and other observatories, as well as to reduce environmental impact. The TMT has also pledged a million dollars per year towards STEM education on the island and aims to create the Workforce Pipeline Project, which would prepare island students for science and technology jobs. However, despite the favorable ruling, the TMT is considering an alternative site in La Palma on the Canary Islands.

The 1998 audit detailed the management of Mauna Kea and the Mauna Kea Science Reserve over the previous thirty years. The audit found that the current management of Mauna Kea by UH was insufficient to preserve the mountain on several fronts. Only a very small fraction of the money allocated to telescope construction was used to minimize environmental damage. Historical sites were damaged with mitigation efforts coming far too late. The cultural significance of Mauna Kea was disregarded as Native Hawaiians had to engage with excessive bureaucracy to practice their religion on Reserve land.

Fifty years after the Mauna Kea lease was signed, the TMT is set to be the first telescope that pays rent to be on the mountain, with $800,000 of the $1 million going to the stewardship of Mauna Kea. It is supposed to be the “most environmentally sensitive telescope ever built on Mauna Kea”. The TMT has support from island residents, some of whom consider the telescopes on the mountain to be a modern embodiment of Hawaii’s cultural ties to astronomy. Others consider the decision to keep moving forward on the project another snapped connection “to land, to sea, to other human beings”. The email circulated around UC Berkeley in 2015 suggests that astronomers need to reflect more deeply on the cultural significance of Mauna Kea, especially in the context of how native peoples have been treated throughout history. 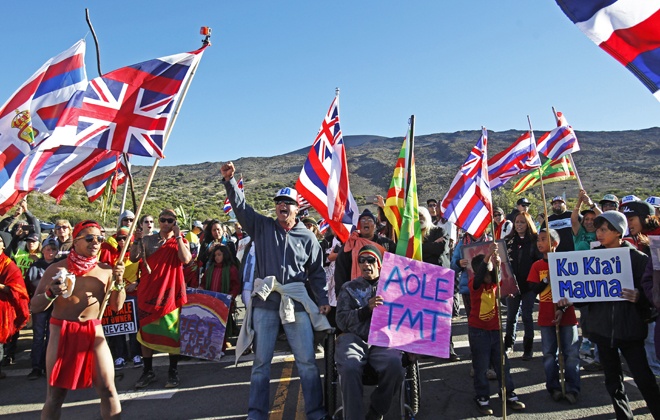 The October 30 ruling discussed how there was “no evidence…of Native Hawaiian cultural resources, including traditional and customary practices, within the TMT Observatory site area and the Access Way”. Two ahu (shrines akin to cairns) that had been built near the Access Way in 2015 “as protests against the TMT did not constitute a traditional and customary right or practice.” The legal system that issued this ruling descends from the same one that banned the Hawaiian language in 1896. It is the same one that somehow had the power to legitimize the Native Hawaiians’ relationship with the land in the PASH ruling in 1995.

The featured image for this post is a painting by Astrobites author Daniel Berke. His work is titled “Mauna Kea a me Mauna Loa ma lalo o ka lani hōkū (Mauna Kea and Mauna Loa beneath the starry sky)” and depicts Mauna Loa and the Milky Way as seen from Mauna Kea. 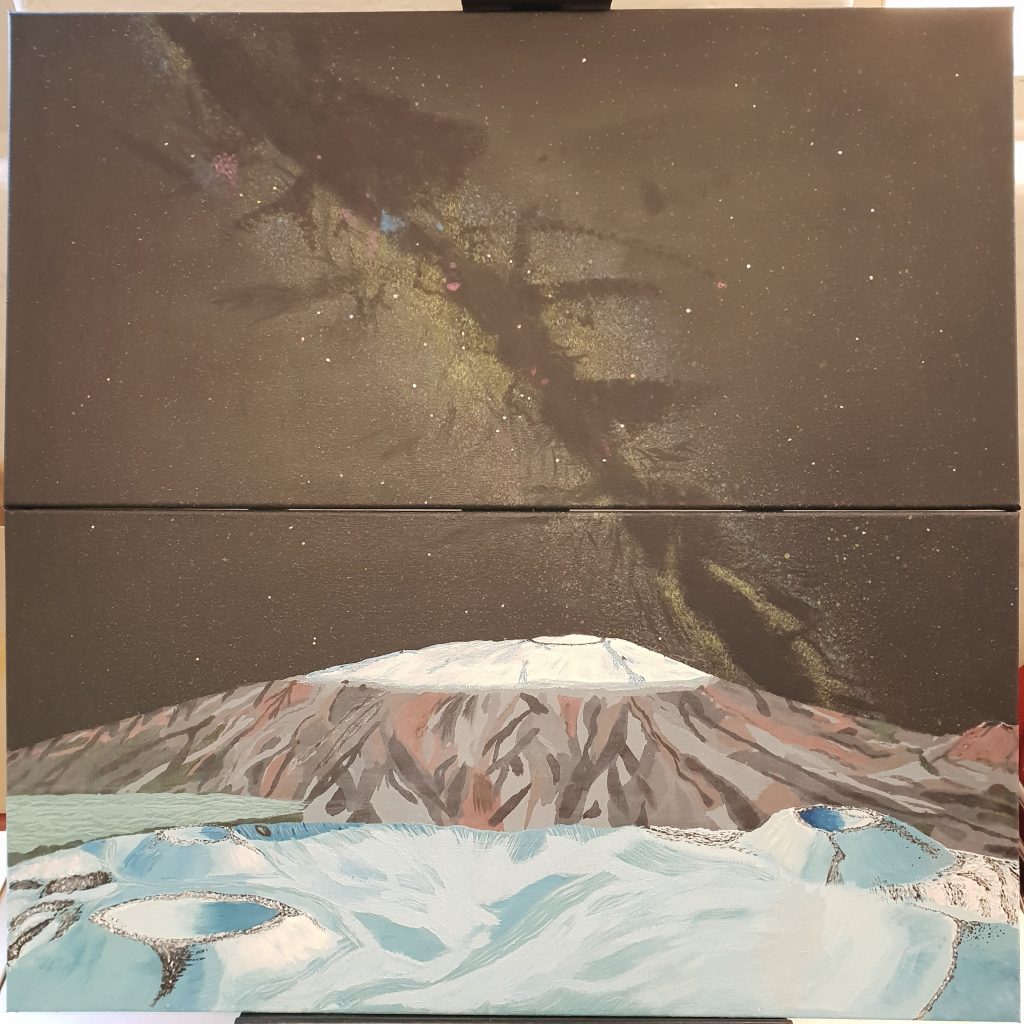 The Proposed US Tax Plan