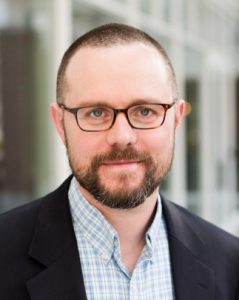 In 2019, the Chandra X-ray observatory celebrates 2 decades of successful observations. Chandra, arguably the best X-ray telescope in existence, beats other competitors hands down on angular resolution and sensitivity, and its 20-year legacy has had a phenomenal impact on our understanding of the high-energy universe. At #AAS233, the daunting job of describing this legacy falls to Dr. Ryan Hickox of Dartmouth College. I chatted with Ryan to find out more about Chandra, our understanding of the X-ray sky, and his plenary talk at the AAS meeting this January.

Although he confesses it will be hard to do justice to the many thousands of people who have been involved with Chandra in a 40 minute talk, the telescope is of great significance to Ryan and his research. He completed his PhD under the supervision of Dr. Christine Jones Forman, one of the scientists involved in building Chandra, and his early career focused on investigating the telescope’s earliest sky surveys. While he has worked extensively in other wavelengths over his career, he is an X-ray astronomer at heart. His connection to Chandra has come satisfyingly full-circle: the Chandra Deep Wide-Field Survey, of which he is the principal investigator, has just been completed — studying the same piece of sky as original Chandra dataset he worked on, albeit in much greater, 1-million-second depth.

Ryan’s talk at #AAS233 will cover Chandra’s discoveries across many fields of astrophysical research, but his primary interest is active galactic nuclei and their impact on galaxy evolution. These high energy sources — supermassive black holes violently accreting matter at the centres of galaxies, glowing brighter than anything else in the extragalactic sky — were revealed in the thousands by Chandra’s wide-field surveys, creating the first statistically significant sample. The telescope’s unparalleled sensitivity allowed the growth rates of supermassive black holes to be studied in detail, revealing black holes flickering on and off. Sometimes we catch them at their brightest, most furious moments; others, invisible, may be lying dormant. Supermassive black holes can drive relativistic jets out into extragalactic space, inflating giant bubbles in the hot X-ray gas that fills galaxy clusters — this phenomenon, only observed a handful of times before Chandra, was also discovered to happen all over the place. Black hole activity and its effects began to take centre stage as a fundamental process shaping the evolution of galaxies, with the predictions of simulations supported by Chandra’s newly acquired observational evidence. Chandra’s legacy will continue as its vast archive is used in conjunction with other wide-field multiwavelength surveys to investigate the millions of galaxies that fall in its survey footprints. 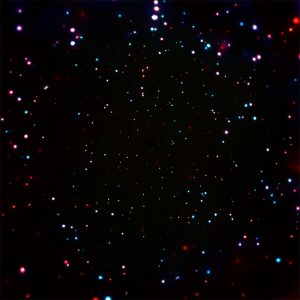 Apart from Chandra and its associated science, there are two other factors that have shaped Ryan’s research career: travel and community. Having spent time teaching at an English boarding school between his undergrad and postgrad, Ryan thought it would be fun to go back to England for a postdoc position and secured a fellowship to work at Durham University. Despite warnings that he might lose touch with the US research community, he “never found that [he] was at all disconnected — communication is so easy now that that really wasn’t an issue.” In fact, moving halfway across the world only strengthened Ryan’s position: he encouraged a global research network by founding a biennial conference series which, almost ten years on, is still going strong. His interest in teaching drew him to Dartmouth, a university which places great emphasis on an excellent undergraduate experience, where he has worked for the last eight years. Dartmouth also prides itself on its sense of community, and the research group that Ryan leads is no exception. The close-knit group of postdocs, grad students and undergraduates makes it clear that creating a good social dynamic facilitates excellent research.

If you are an undergraduate considering grad school and a career in research, Ryan’s advice is not to be shy in asking faculty about opportunities for research projects. He confirms that indeed, professors do enjoy working with undergraduates, especially if they do good work! If you find a research project, he has two suggestions. First, if the project is not working out — for example, if you don’t have a rapport with your research group — look for another project until you find one that suits you. Second, once you commit to a project, make it a priority and devote the time and effort required: when applying for grad school your research experience speaks volumes, and can be much more important than your grades or references.

If you’re attending #AAS233, he says, “Treasure this opportunity!” It will be overwhelming, but really exciting, as it’s a chance to experience the broader field of astrophysical research and meet lots of interesting people. Again he recommends being proactive and approaching researchers whose work interests you: “Stop them and introduce yourself — that’s totally normal. Feel free to email someone and say, maybe you’d like to come and see my poster. Sometimes it’s a little uncomfortable putting yourself out there, but for the most part our field is really friendly!”

If you’d like to learn more about Chandra’s 20-year legacy, check out Ryan’s plenary talk at 8.10am on Wednesday, January 9th at #AAS233!