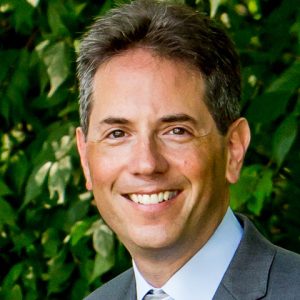 The field of exoplanets has come a long way since the discovery of the first exoplanets in the late 1980s and early 90s. Since then, over 4,000 exoplanets have been confirmed. Given that this sizable sample of exoplanetary orbits is now available, questions can be posed about the architecture and prevalence of different types of orbital geometries. However, we still are a little ways away from figuring out just how common our solar system is. “If you pick a random, Sun-like star, there’s about one chance in three that it will have a compact system of multiple planets ranging in size between Earth and Neptune (and maybe a bit larger) and orbital periods of less than a couple years,” says Professor Joshua Winn. “What that means is, if you pick a random Sun-like star, there’s a one-in-three chance that it doesn’t resemble the solar system. But, for the other two thirds, we don’t know as much. So it’s going to take a little while longer before we can make a clear statement about how our solar system fits into the bigger picture.”

Winn, a professor at Princeton University, is one of the people who are most interested in the answer to this question. He will be speaking at #AAS234 about the history and future of exoplanet studies using the transit method, from the success of the Kepler mission to the exciting discoveries being made right now by the Transiting Exoplanet Survey Satellite (TESS). While TESS won’t be able to address how common our solar system is due to the short amount of time it will spend looking at each star, it will transform our understanding of close-in, short period planets by studying smaller stars across the whole sky. Simulations show that TESS should find a few dozen potentially habitable planets, adding to the couple dozen habitable zone planets already discovered by Kepler and other studies. “That’s what TESS is all about – finding systems that we know are out there and are very exciting,” Winn says.

Although Winn has worked on a variety of topics, ranging from stellar astronomy to planetary dynamics to gravitational microlensing, he developed a special affinity for the transit method in planetary discoveries. As a participating scientist in the Kepler team and a Co-Investigator for TESS, Winn has played a major role in using the transit method to shape our modern understanding of exoplanets. The transit and occultation of a planet are shown in Figure 1. “[The transit method] has been such a productive technique for finding planets, responsible for most of the planets we know about today,” says Winn. “It’s better than just finding a planet; you get to learn a lot. You learn the size of the planet from the amount of light that gets blocked. You learn the mass of the planet by following up with Doppler monitoring or by measuring gravitational effects between different planets. And you can even learn a few things about the atmosphere of the planet. By performing spectroscopy and other things throughout transit, you can learn the orientation of the star relative to the orbit of the planet. You can detect non-transiting planets by timing the transits of the known planet, and all kinds of wonderful things.” 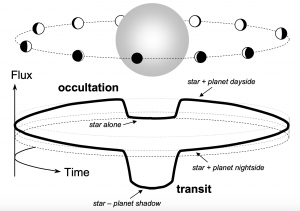 Though a remarkable number of discoveries have been made in exoplanets over the past couple of decades, there is still much to learn. Winn finds this exhilarating: “Among the many exciting things about exoplanet science is that it is so new. You go to an exoplanet meeting, and then you go to the same one next year. And it’s all different! It’s all different people there, and we’re talking about different things. It’s just rapid progress, and lots of young people are getting involved.”

However, there was a time when Winn thought his own career would go in a completely different direction, only beginning to work on exoplanets near the end of his first postdoctoral position. “I was working on optical physics and optical electronics, and I spent some time studying medical physics. It was in the middle of my third year of graduate school that I started studying astrophysics…so I started working on planets around 2005,” he says.

With this infusion of young people, some may wonder whether they will face a tougher job market in the coming years. Winn experienced similar feelings when switching to astrophysics. He found that it is easy to underestimate yourself, but he ultimately discovered that sticking with it is the key to finding success in academia. “It took me a long time, even to choose a field to contribute to and commit to getting a Ph.D. And at each checkpoint along the way, I figured, ‘Okay, well, now the game’s over,’” he says. “At each point in the way, I proved myself wrong to my surprise. So I don’t think I’m that unusual…Most people I talk to tell a similar story to me that we just feel lucky. Don’t worry excessively about whether you’re going to make it to the next level. Just do your best, and realize that there’s a chance and it’s probably higher than you think.”

Find out more at Professor Joshua Winn’s plenary talk, “Transiting Exoplanets: Past, Present, and Future” on Wednesday, June 12 at 8:30 AM at #AAS234.