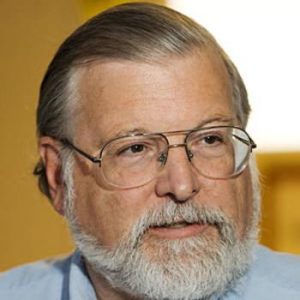 Imagine starting your career with access to a $25,000 computer at your disposal. Except, that computer is limited by its 100 KHz processor, and its memory is stored on tape and can only hold 32 kilobytes. (For reference, a typical iPhone is 4000x more powerful, with around 500,000x the storage capacity.) When Dr. Philip Scherrer began his career in solar astronomy in the late 1960s, this is what he had to work with, and in the past 50 years, he has contributed to the creation of revolutionary telescopes and massive amounts of data, forever changing our understanding of our Sun and its impacts on Earth.

1957 was a great time to be a kid interested in science (like Scherrer was), with both the International Geophysical Year and the world-changing launch of Sputnik-1. Inspired by the events of his childhood, Dr. Scherrer spent his undergrad and part of graduate school at UC Berkeley, before moving across the bay to Stanford, following an opportunity to build a new solar observatory there. This became the Wilcox Solar Observatory, which opened in 1975 and is still operating today. Dr. Scherrer semi-jokingly credits the telescope’s name for its longevity, saying, “If you call it an observatory, people will keep it around. Telescopes will be gone in 10 years.” He then continued on as a postdoc at Stanford, and in 1986 became part of their research faculty, where he remains today.

One of the major projects of his career was the MDI (Michelson Doppler Interferometer) instrument on SOHO — NASA’s Solar and Heliospheric Observatory — in collaboration with the Lockheed solar group. Near the start of the mission, Scherrer recalls the destruction of a Telstar satellite by a (totally unpredicted) coronal mass ejection — something he took quite personally since it disrupted his weekly Star Trek viewing. This further motivated him to understand the Sun’s cycles and activity. The most unexpected change, in his view, is the revolution in how people think of the Sun. We now have the understanding that stars are really dynamic, changing on large and small spatial scales at really fast timescales (minutes to even seconds). Previously, the solar interior was thought of as a black box, but now we can infer structure through helioseismology. “You can look inside a star…and that’s cool! It’s fun to have been a part of it.”

Although he’s certainly learned a great deal about how stars work, Scherrer has also learned a lot about working in astronomy, especially on long term projects and large mission teams. “It’s hard to judge when you’ve got it right,” he says, with “it” being data from a telescope or mission. You might think the solution is to meticulously triple-check everything to get it perfect before releasing the data, but he disagrees. There’s a benefit to getting data out there, “even with blemishes, since there are few telescopes but lots of blackboards and people with good ideas.” He also conveyed the importance of work-life balance and avoiding burn-out, summed up with a pithy statement: “Don’t forget to live.” 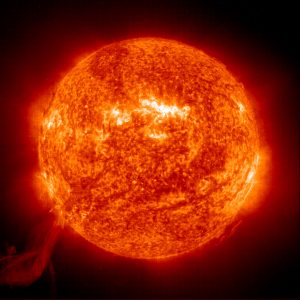 The Sun, as seen by SOHO. (Image Credit: NASA)

When thinking about future predictions of solar flares and coronal mass ejections, he hopes we’ll finally “do something better than just guess. All the pieces are there.” Given that we just recently started observing the Sun in detail, we still only have a small sample of full solar cycle data; as Scherrer says, “The fact that it takes 22 years [for a full solar cycle] doesn’t make it easy.” Looking ahead, Scherrer is excited to see what we can do to create a holistic portrait of the Sun, using 20+ years of good helioseismology and magnetic data, solar cycle monitoring, and computer modeling to tie everything together.

Even if you think you’re not the audience for this talk, you are; Dr. Scherrer has something in store for everyone, and especially hopes that “it’ll be of value to people just getting started in the field.” Be sure to check out Dr. Scherrer’s George Ellery Hale prize plenary talk about “Observations about observations of the Sun” on Monday, June 10th at 4.30pm at #AAS234.