After nearly a century of study, we’ve learned a lot about galaxies. We know (mostly) what they’re made of: gas, dust, stars, and dark matter. We’ve been able to identify several different galaxy types: the basic “spiral” and “elliptical” classifications, but also more obscure varieties like “blue compact dwarf galaxies” and “post-starburst galaxies.” We have a pretty good idea about how they form: over-densities of dark matter in the early universe formed massive halos that pulled in gas, some of which formed stars, and larger galaxies were built up from mergers of smaller galaxies.

But the list of open questions about galaxies has grown faster than we’ve been able to get answers. And that’s because… well, because galaxies are really, really complicated. 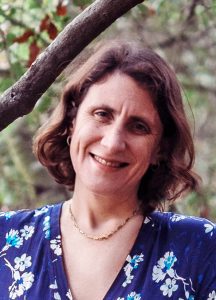 Few people understand this as well as Dr. Alice Shapley. Shapley, a professor at UCLA and the 2019 Kavli Foundation Plenary Lecturer, will discuss these open questions at #AAS234 with her keynote lecture on “Key Outstanding Questions in Galaxy Formation and How to Answer Them.”

What are some of these outstanding questions? “One of them has to do with chemical enrichment in galaxies as a function of cosmic time,” says Shapley. “This is one of the most important components of a successful model of galaxy evolution.” This is a multi-faceted problem—how do stars in a galaxy enrich their surroundings with heavy elements? How do outflows and inflows of gas affect the chemical composition of galaxies in a process called the “baryon cycle”? As Shapley points out, “We still don’t really have an accurate model of [these processes].”

How can we improve our models? Shapley’s approach is to use spectroscopic information to tackle these questions. Spectra are treasure troves of information about galaxy properties, such as how quickly galaxies form stars, their chemical composition, and their dust content. “One of the things I’m super excited about is pushing some of our spectroscopic measurements […] to the early universe,” Shapley says. Right now, we have very few optical spectra of galaxies beyond redshift z~4—but that will soon change with the James Webb Space Telescope, a project that Shapley and other galactic astronomers are excited about.

Another big question Shapley aims to answer is how much galaxies contributed to the reionization of the universe. When the early universe cooled, it formed neutral hydrogen—but a large fraction of the hydrogen in the universe today is ionized. What role did galaxies play in this reionization?

Schematic of the process of cosmic ionization, from Loeb+06.

Unfortunately, the main era of reionization ended around redshift z~6. It’s difficult to measure galaxies’ ionizing properties at this redshift, since the large amount of neutral hydrogen between these galaxies and the Milky Way obscures our line of sight. However, Shapley and collaborators have confirmed that some galaxies at redshift z~3 appear to be “leaking” Lyman continuum radiation (radiation that’s blue enough to ionize hydrogen). These lower-redshift galaxies may be analogues to the galaxies that were present during the main duration of reionization, making them excellent probes to test how galaxies can contribute to reionization.

Shapley didn’t start studying questions of galactic evolution until she went to graduate school. “The field was completely wide open. When I started, it was all fair game—we didn’t know anything about galaxies beyond z~1.” Fortunately, she was able “to find an advisor with whom I had a really good relationship. […] I think that made a huge difference for me going forward.”

Shapley’s initial interest in astronomy was sparked when she was young. “I always trace my interest back to my fifth grade class,” she says. “We were watching a film strip about these mysterious objects called quasars […] that were so far away that when the light reached you from the quasar, you were looking back in time.” She then took a summer astronomy course, where she learned the basics of astronomy research. “Ninety percent is drudgery, then you have this wonderful a-ha moment when you realize ‘Oh my gosh, this is truly amazing!’” she remembers. And when she started undergrad, she eventually “found a home doing astronomy research.”

What advice does Shapley have for undergraduates interested in astronomy research now? “Read,” Shapley replies instantly. “You have to read papers, so that you can understand the context of your research. And not just astro-ph, but also the background and old papers in the field. That’s how I get most of my ideas!” (Some shameless self-promotion: Astrobites not only posts daily summaries of astro-ph papers, but also summaries of classic papers in astrophysics!)