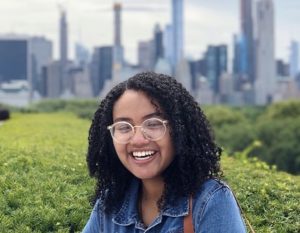 Today’s guest post was written by Yesenia Ruano, a sophomore at Columbia College, for an assignment in the Spring 2019 Another Earth class taught by Professor David Kipping. As part of the course, students were tasked with writing an Astrobite-style summary of a recent research paper related to planets or exoplanets. You can check out ALL of the bites from the class at planetbites.wordpress.com. Stay tuned for more bites in this series!

Yesenia is studying Political Science and Human Rights with the intent of focusing on immigration law after her undergraduate studies. While she loves the humanities, she has become more and more interested in the nature of our universe. 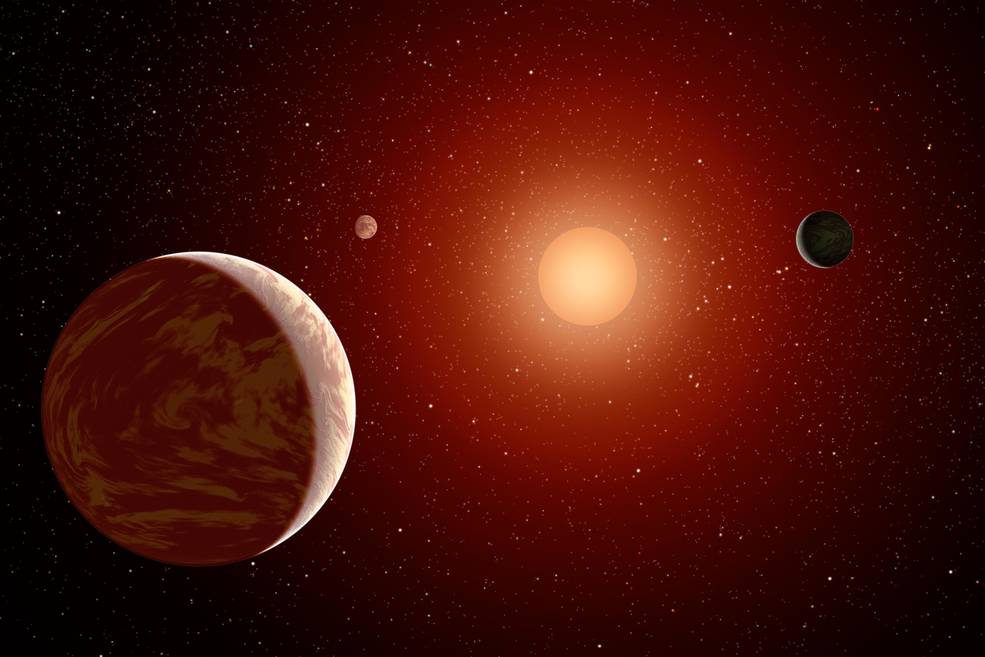 Astrophysicists have been investigating the habitability of exoplanets—planets that orbit around stars other than the Sun—as well as the factors which contribute to a planet’s habitability, like UV radiation.

What’s UV radiation? It’s the part of the electromagnetic spectrum that we fight off while using sunblock at the beach. UV radiation emitted from stars is harmful to the surfaces of planets, including the Earth’s. Radiation of this kind can cause the erosion of a planet’s atmosphere and hinder the formation of organic life, making the planet less habitable. As organic molecules absorb UV radiation, the efficiency of nucleic acids (a substance that makes up all of our DNA) can be damaged. By now, you might think that there is no way in which exoplanets near a radiating star can sustain life, but surprisingly they still have a chance.

In this paper, the authors argue that exoplanets that are exposed to high levels of UV radiation can still harbor life. They use M star systems—systems that consist of exoplanets orbiting a dim long-lasting star called a red dwarf—to test this. 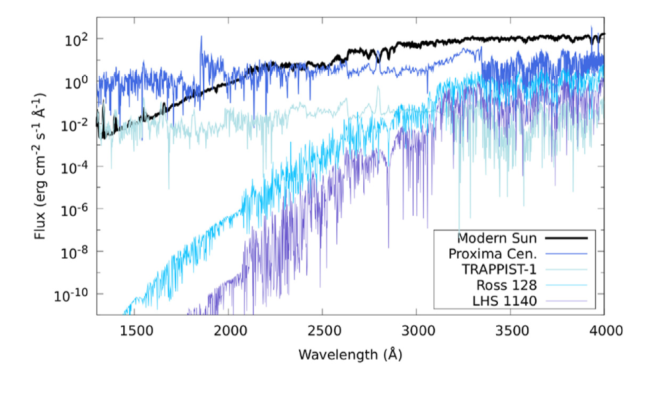 Figure 1. The UV radiation flux (the amount of radiation received by an object from the star) of our Sun relative to the radiation flux of Proxima Centauri, Trappist-1, Ross 128, and LHS 1140. The x-axis denotes wavelength and the y-axis denotes the flux [Figure 1 in paper].

When studying these red dwarf systems, scientists recognize that the exoplanets in question may have different types of atmospheres than our Earth does—either giving them more protection from the radiation or less. For example, if the exoplanets in any of these four star systems are lacking an ozone layer, they are more likely to be exposed to UV radiation than the Earth.

The UV surface radiation in the Proxima Centauri and TRAPPIST-1 systems is higher than that of the current solar system However, the UV radiation in both systems is still lower than that the Earth was exposed to 3.9 billion years ago, different atmospheres notwithstanding.

If organic life was present on our early Earth even when UV surface radiation was high, it means that lower levels of radiation shouldn’t stop exoplanets from harboring life. Who’s to say that there aren’t UV radiation-fighting organisms on these exoplanets? There were on Earth! Some microorganisms have biological mechanisms that can protect them from radiation, allowing them to flourish. Organisms that live under soil or water are even more protected from UV radiation.

Knowing that UV radiation doesn’t necessarily impact a planet’s habitability, we can keep red dwarf systems in mind when continuing our search for life beyond our solar system. Who knows…maybe the life on those exoplanets are getting a tan at the beach right now all thanks to UV radiation. 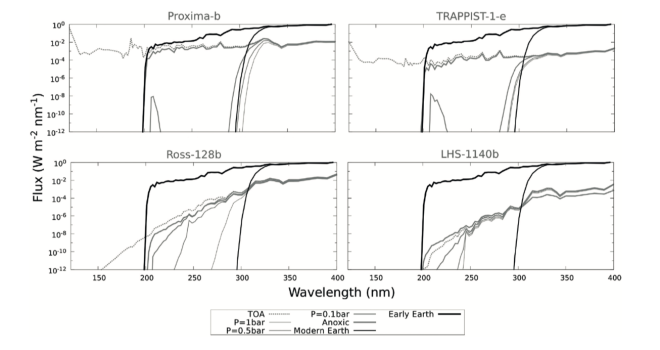 Figure 2. Plots displaying the differences in surface radiation (flux) when the atmospheric pressure (measured in bars) of the exoplanets in each star system are changed. Even in these different conditions, the fluxes are lower than the Early Earth’s. The x-axis denotes wavelength and the y-axis denotes flux [Figure 3 in paper].

For habitability, two stars are not better than one

Searching for Earth-like worlds with a fine-toothed (Astro)comb