Can an Orphaned Exomoon Help Solve the Mystery of Tabby’s Star?

Tabby’s Star – more correctly known as KIC 8462852 or Boyajian’s Star – first shot to fame back in 2015, causing quite a stir among astronomers and the public alike thanks to its strange fluctuations in brightness. The problem was that we had never seen a star behave quite like this before. Various explanations were suggested, but the one which most caught the public’s attention was the possibility that giant artificial structures, such as Dyson swarms, built by an advanced to harness energy from the star, could be the cause.

Nowadays (and perhaps disappointingly), most scientists are fairly sure there is a natural explanation for the weird activity. But if little green men aren’t responsible, then what exactly is causing this unusual ? Several hypotheses have since been considered ranging from disintegrating comets and planetesimals to magnetic activity within the star itself, but so far none have managed to fully explain all apects of the observations.

Now, a team of researchers from Columbia University they might have a more consistent explanation: An exomoon, ripped away from its parent planet, slowly disintegrating in orbit around the star (Figure 1). 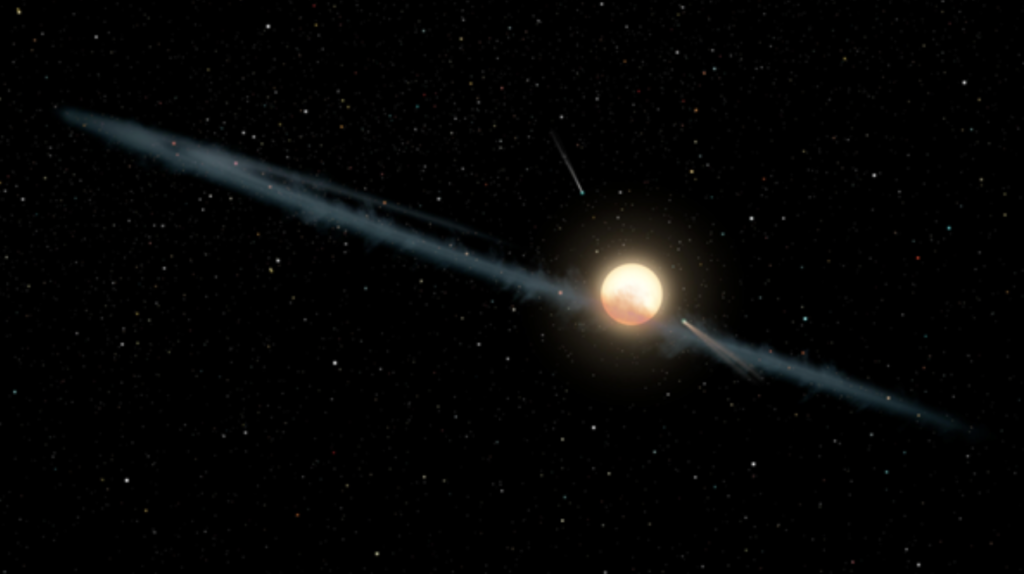 Figure 1: An artist’s impression of an irregular disc structure formed from the debris of a disintegrating exomoon surrounding Tabby’s Star.  Image credit: NASA/JPL-Caltech .

Where we left off…

The strange behaviour of Tabby’s Star (originally named after the astronomer Tabetha Boyajian) was first discovered by citizen scientists examining Kepler data as part of the Planet Hunters project. At first glance it appeared to be an otherwise normal star, but the citizen scientists’ curiosity was piqued when they noticed that the object suddenly dimmed significantly two years into the Kepler mission, before returning to its previous brightness. A couple of years later the object dimmed again, but this time in an entirely different way. The Kepler space telescope was designed to hunt for transiting exoplanets by detecting such dips in their light curves, but an exoplanet typically causes a relatively small and periodically repeating dip, behaviour which didn’t seem to fit the bill for Tabby’s Star. Since then, Tabby’s Star has continued to dip in brightness with no discernable pattern, with the dips ranging in depth from as little as a few percent to more than 20 percent.

In addition to these random dips in brightness, subsequent studies have shown that the overall brightness of Tabby’s Star also seems to be gradually reducing over time. There is also evidence that the strength of the temporary dips is wavelength-dependent, ruling out a large, opaque object (like an alien megastructure) which would block the light uniformly at all wavelengths, and strongly suggests that dust might be responsible. But if dust is the culprit, where is it all coming from?

That’s no moon…or is it?

The researchers ran numerical simulations of star-planet collisions to determine the fate of an exomoon after its host planet’s orbit has been perturbed, possibly due to interactions with another nearby star, sending both planet and moon on a collision course towards the system’s star. Their simulations showed that the majority of the time the moon would either be destroyed alongside its host planet or else flung out of the system entirely, but in a significant number of cases – around 10 percent of the time – the exomoon actually survives the encounter and ends up in its own highly eccentric orbit around the star. In this new position, much closer to the star and well inside the frost line, radiation from the star would begin to strip away the exomoon’s outer volatile-rich layers creating clouds of gas and dust composed of a range of particle sizes – similar to what happens during the passage of a comet through the inner solar system (Figure 2). 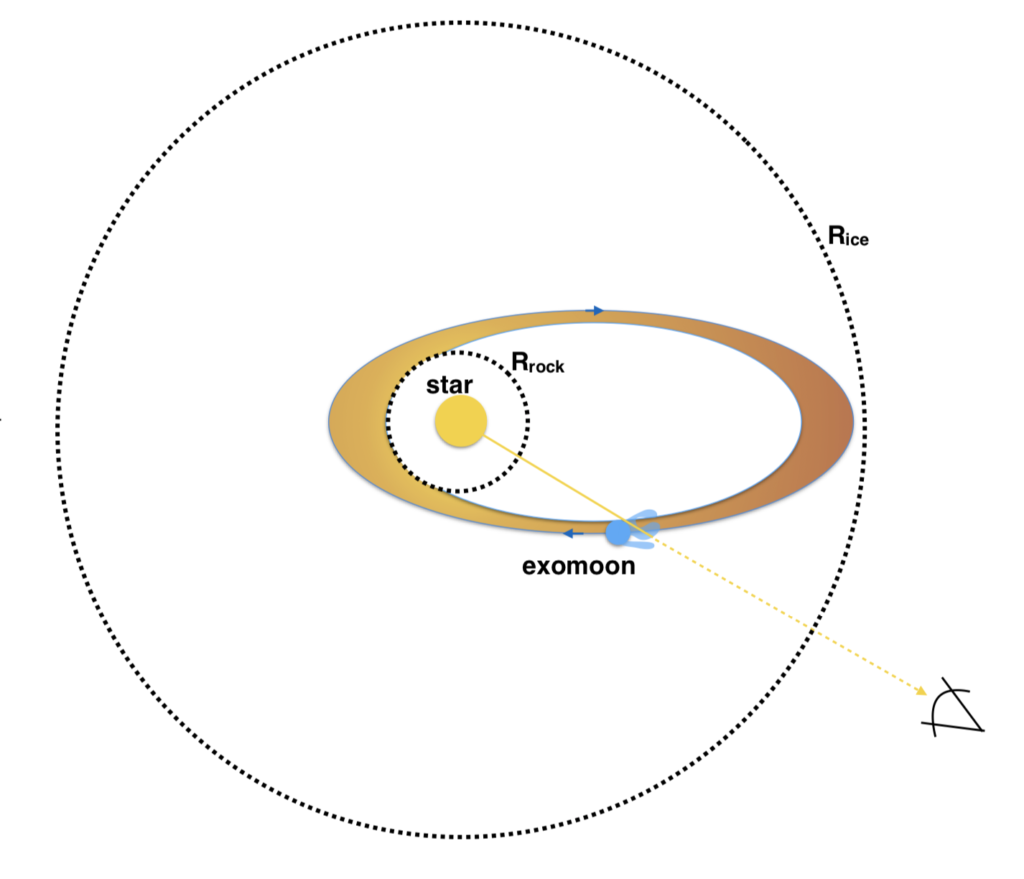 Figure 2: A schematic illustration showing how an evaporating exomoon in an eccentric orbit could cause both temporary and long-term dimming of a star as seen by an observer situated in the orbital plane of the exomoon. Residing within the frost line (Rice) of the host star, the exomoon would be subject to strong outgassing which forms an opaque cloud surrounding the moon causing deep dips in the light curve when it transits the star. Weaker dips could be produced by extended debris tails generated during previous orbits. Larger particles would persist over a longer time-scale and settle into an irregular disc structure, causing long-term dimming as the material accumulates. Figure 7 in the paper.

Small particles would form a debris cloud around the exomoon and contribute to the temporary dips, but would quickly be blown away by radiation pressure from the star. larger particles would survive, inheriting the orbital properties of the exomoon, to form an irregular disc structure around the star. Material accumulating over time in the disc could account for the longer-term dimming. This is the first time any theory has been able to account for both the random nature of the temporary dips and also the longer-term trend.

Even though we don’t yet have much evidence for the existence of exomoons, we assume they are probably abundant given that moons are common throughout our own solar system. If the team’s hypothesis is correct, observing other stars showing similar fluctuations could offer a way to confirm the existence of exomoons, though the authors point out that there is still the possibility that some other phenomena might be responsible.

This leaves us with some interesting questions – Are there other stars that exhibit the same strange  as Tabby’s Star? Are they the same type of star or found in the same environment? Of the stars observed by Kepler, this is the only ‘normal’ star so far shown to exhibit this . Finding others like it could help to verify the team’s explanation.