Status: accepted for publication in ApJ

Travelling to distant stars is one of humanity’s long-term aspirations. However, interstellar travel is a challenging endeavour due to the vast distances between objects in the universe. For example, our closest stellar neighbour, Proxima Centauri, is over four light-years away. The journey there would take over 73,000 years with the Voyager 1 spacecraft – too long for a human crew. In general, travelling to other stars is only possible at relativistic speeds.

A critical factor limiting the velocity of traditional rockets is their need to carry fuel. Faster speeds require more fuel, but the weight of the fuel also slows the rocket down. Accordingly, more fuel is needed to accelerate! This dilemma, also called the tyranny of the rocket equation, implies that interstellar travel is difficult with conventional fuel-powered rockets.

The authors of today’s paper explore a different approach to space travel – sailing spaceships. Similar to sailing boats, these spaceships do not carry any fuel. Instead, they employ sails, which are accelerated by external forces, such as photon pressure and electrostatics. One project making use of such sails is Breakthrough Starshot, which intends to use a laser array to propel a spacecraft. In addition to laser arrays, astrophysical sources can also provide “wind” for the sails. Today’s paper investigates the dynamics of these sources and how they might thrust a spacecraft to relativistic speeds!

Sailing ships in space: How do they work?

A spacecraft can use one of two types of sails: light or electric sails. Light sails are large, thin sheets of reflective material. Photons bounce off this reflective material, thereby transferring momentum to the sail and speeding up the spaceship. You can view an artist’s impression of what a light sail might look like in Figure 1. 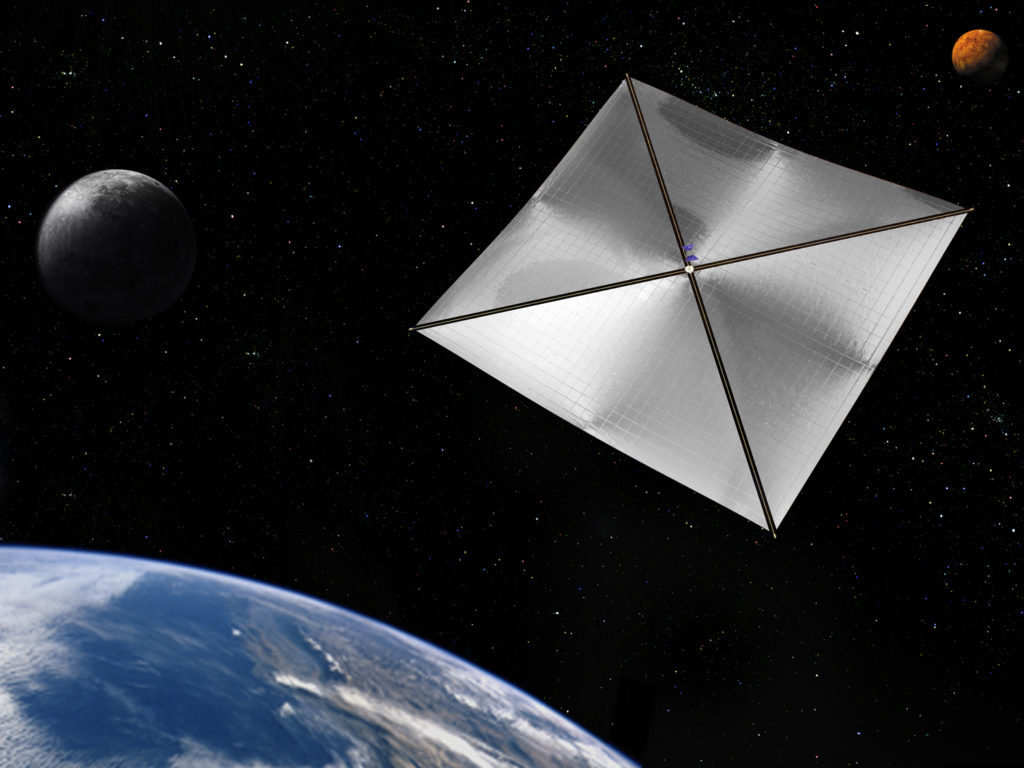 Fig. 1: Artist’s rendering of a light sail, constructed to use the sun as source. Image Credit: NASA

Electric sails work (and appear) quite different from light sails. Instead of a large sheet, they consist of invisible electric fields. Figure 2 shows an artist’s impression of ESTCube-1, a 2013 experimental spacecraft to test electric sails. The space probe includes multiple electrically charged tethers, between which an electric field builds up. When charged particles arrive at this electric field, the field deflects them and captures a bit of their momentum. 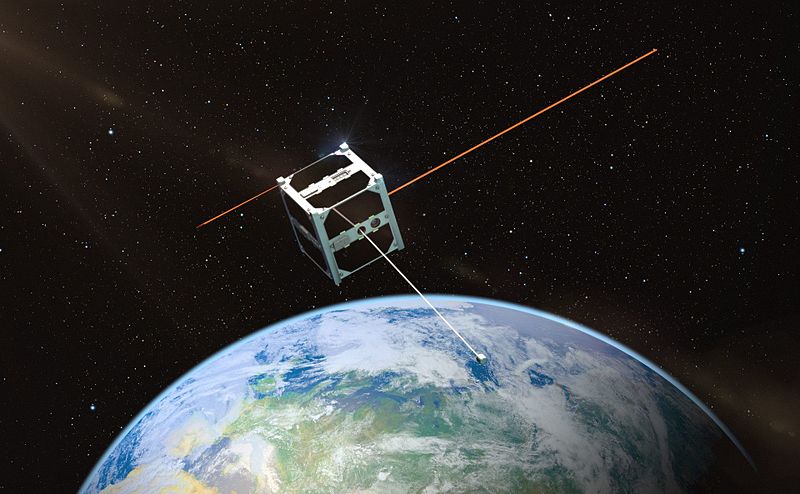 Fig. 2: Artist’s rendering of ESTCube-1, which was the first satellite launched with an electric sail in 2013. Image Credit: Taavi Torim

These effects might seem tiny, as every single photon or charged particle carries little momentum. Yet, if enough photons or particles bombard a sail, they can accelerate it to relativistic velocities! Accordingly, the sails require a luminous photon or particle source to accelerate to high speeds.

Which astrophysical sources can we use?

The authors studied the sun, massive stars, supernovae (SNe), and active galactic nuclei (AGNs) as potential photon sources for light sails. The luminosity of these sources determines the maximal velocity a light sail can reach, the so-called ‘terminal velocity’ (see Fig. 3). While the sun is too faint to allow for relativistic velocities, massive stars can accelerate a spacecraft to several per cent of the speed of light. With SNe and AGNs, even higher velocities are possible. These relativistic terminal velocities could enable interstellar space travel! 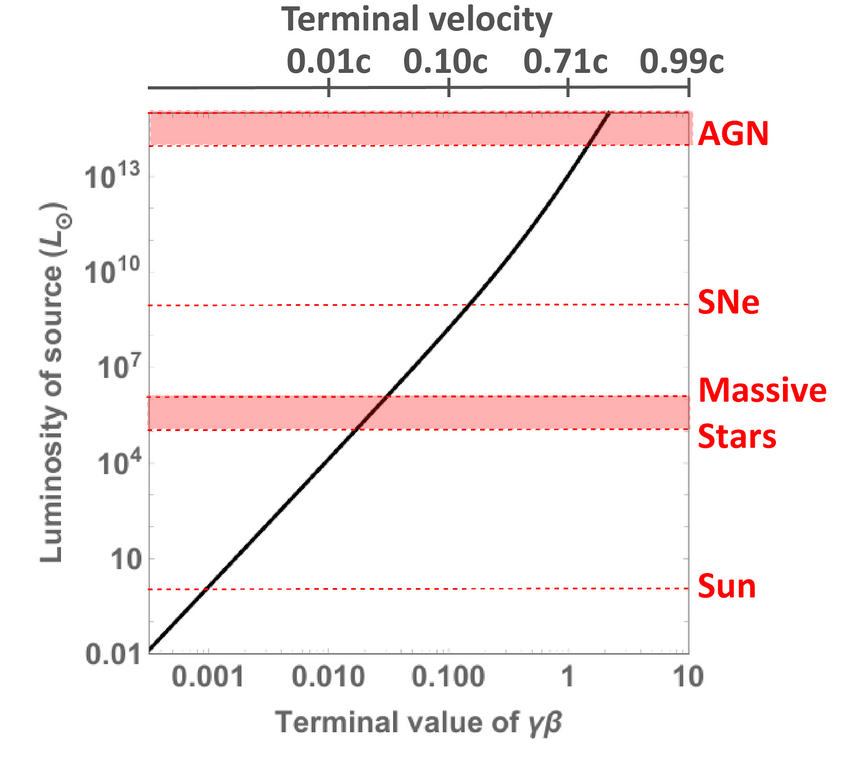 Fig. 3: Luminosity (in units of solar luminosity, L☉) of sources needed for space crafts with light sails to reach a certain terminal velocity (in units of the speed of light c). Marked in red are the peak luminosities of possible sources: Active Galactic Nuclei (AGNs), Supernovae (SNe), massive stars and the sun. With SNe and AGNs relativistic velocities (10 – 70% of the speed of light) can be reached. Figure 1 in the paper, adapted

However, accelerating a spacecraft to high terminal velocities takes some time. Therefore, the authors studied the acceleration time to get to 5%, 10%, and 20% of the speed of light, depending on the source luminosity (Fig. 4). For sources dimmer than 107 L☉ , it takes several thousand years to reach relativistic terminal velocities. Comparatively, brighter sources only require a few months to reach 10% of the speed of light. This acceleration time is problematic for SNe because their peak brightness usually lasts shorter. AGNs, though, operate on time scales of 10-100 million years, so an acceleration over a few months is no problem. 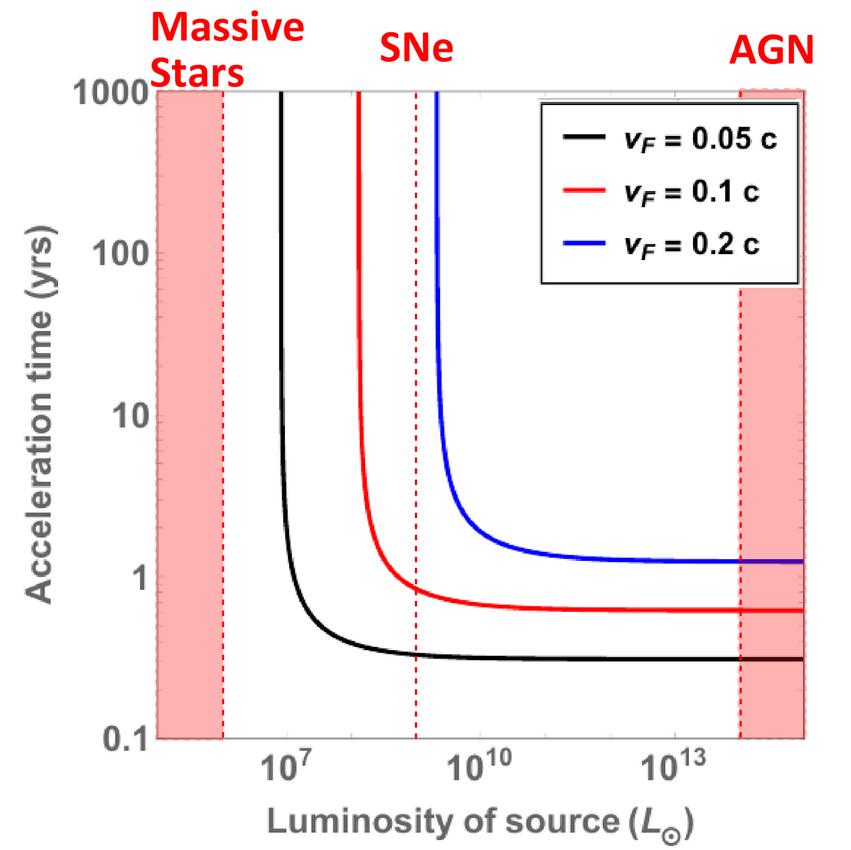 Fig. 4: The time needed to reach a certain final velocity vF for a light sail powered spacecraft, depending on the source luminosity. Marked in red are typical luminosities of massive stars, supernovae (SNe) and active galactic nuclei (AGNs). Terminal velocities of 10% of the speed of light and more can be reached with SNe and AGNs after a few months of acceleration. Figure 3 in the paper, adapted

What about electric sails?

Electric sails might be even more promising than light sails. They need charged particles, so possible astrophysical sources are stellar winds, AGN outflows, Blazar jets, or Pulsar wind nebulae. Since these phenomena are quite complex, it is harder to give general predictions for electric sails than for light sails. Nonetheless, the authors found that a spaceship can reach highly relativistic velocities (up to 90% of the speed of light) with Blazar jets and Pulsar Wind Nebulae. So, electric sails could provide more efficient propulsion for interstellar sailing ships.

So when will we have sailing space ships?

Sadly, it will be a while until interstellar space travel with sailing ships is a reality. Although the authors showed that light and electric sails are compelling propulsion techniques for interstellar journeys, two caveats remain. First, the paper neglects engineering limitations, such as the space probe’s stability during the trip. Interstellar spaceships have to endure more extreme conditions than spacecraft inside the solar system, so we need to overcome various technical hurdles before building them. For example, dust in the interstellar medium can severely damage a spacecraft travelling at relativistic speeds, and a potential crew also needs to be shielded from ionizing radiation.  Second, constructing a completely new kind of spacecraft will be expensive! Currently, space agencies are mainly concerned with exploring our own solar system and satellites within Earth’s orbit. Missions to stars outside of our solar system will require additional funding.

However, the paper points out another exciting possibility – advanced extraterrestrial civilizations may have already implemented interstellar travel with sailing ships! We could find signs of them by detecting the reflections from their spaceship’s sails or by measuring their radio signals near sources. Light and electric sails might accelerate not only space travel but also our search for intelligent extraterrestrial life!

A Galaxy Infected with Life?