Viability of Inhabiting the Galilean Moons

This guest post was written by Nathan Wetherell for an assignment in the Fall 2019 Foundations of Modern Astrophysics class taught by Professor Cara Battersby. As part of the course, students were tasked with writing an Astrobite-style summary of a topic in astronomy. Stay tuned for more bites in this series!

Nathan is a second-year mechanical engineering student concentrating in the field of aerospace. After graduation, he hopes to get the opportunity to work for one of the many new private spaceflight companies and is interested in the contributions astrophysics can make to human exploration and spaceflight.

Being the only moons large enough to view with the aid of simple binoculars (besides our own of course), it is no wonder that the four Galilean moons of Jupiter have captured our attention and curiosity since their discovery in 1610. ​These four moons, Europa, Io, Ganymede, and Callisto have recently moved out of the realm of simple curiosity for the sake of science and into the new focus of human spaceflight: establishing permanent bases. Developing a habitat on another celestial body is no simple task. With the challenges posed by long-duration space travel, the construction of habitats able to withstand extreme environments, and the physiological effects of living in a low gravity environment being of particular concern, the destination must be well worth the investment and struggles of the pioneering astronauts. Living within the influence of Jupiter has its own set of unique challenges stemming mostly from the intense radiation belts that result from the extreme magnetic field output by the gas giant. However, humans are adaptive and willing to take on challenges if nothing else. Instead of allowing these risks to turn us off to the idea of establishing permanent settlements on these moons, the unique features of Io, Ganymede, and Callisto should be analyzed through the lens of viability for inhabitation and their individual challenges viewed as exciting engineering problems to overcome.

Figure 1. Artist’s renditions of Jupiter from Io, Ganymede, and Callisto.

Io is the first of the Galilean moons, with a gravitational acceleration of 1.8 m/s2 at its surface and a diameter of 3,642 kilometers, it is slightly larger than our moon. That is where the similarities stop, however, as Io is extremely active geologically. In fact, the tidal forces exerted on it by Jupiter make it the most geologically active body in our entire solar system. This attribute results in a smooth, young surface due to the constant flows of lava filling in any past impact craters (as opposed to inactive bodies such as our moon). These tidal forces also create interesting phenomena such as solid tides, where the moon itself bulges and recedes by around 100 meters every day. ​For comparison, the liquid tides in our ocean only change by a maximum of 24 meters. Yet these high levels of geologic activity and extreme tidal forces are not what make the surface of Io an unlikely candidate for potential human habitation, but rather its proximity to its host planet.

Jupiter’s aforementioned magnetic field and accompanying radiation belts are particularly harmful to Io, where a surface radiation level of around 3,600 rem/day can be measured. One ton of Io’s material is stripped from the surface every second by these belts in a process known as sputtering.  ​This highly ionized material is then picked up by Jupiter’s field, extending the field itself to twice the predicted size. Eventually, these particles come back around and slam into Io and the other Galilean moons with enough energy to easily damage organic and inorganic materials alike. Yet as a product of our destructive tendencies, we have made large advancements in the form of radiation shielding and underground structural design which would be directly applicable to any efforts to establish settlements on Io. While lead has been the radiation shielding material of choice for years, this heavy element would not be practical to carry to bases on Io en masse. Instead, future humans could harness the moon’s silicate-rich soil to create shelters that can withstand the intense radiation. While the exact types of silicates which constitute Io’s surface are not known, research with certain types of silicates has shown promise for their radiation attenuating properties. This physical layer would also work to protect the structure from the nightly condensing atmosphere as Jupiter eclipses the Sun as well as insulating it from Io’s frigid temperatures. As an alternative to burying human structures, the moon’s geologic activity could be taken advantage of by creating shelters in the extensive network of lava tubes hidden beneath the surface. These tubes are theorized to have formed in the same way lava tubes are formed on Earth, with magma flows crusting over and then draining. Not only would these tubes be exceptionally interesting to geologists and volcanologists, but they could provide shelter to future inhabitants from the harsh radiation of Jupiter (provided they are inactive of course). 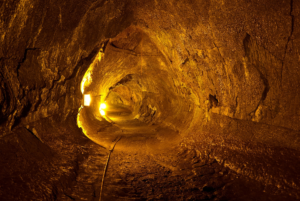 Figure 2. Thurston lava tube in Hawaii serves as a guess as to the structure of lava tubes on other celestial bodies.

At 5,264 kilometers in diameter (larger than Mercury but with half its mass), Ganymede has slightly less gravity at its surface than Io and is the largest moon in the solar system.  ​Yet this is not the only title it possesses; it also has the only observable internally generated magnetic field of any moon in our solar system. Theorized to be created in a process similar to the magnetic field of Earth, the rotating molten core of Ganymede allows for this moon to be the only bastion against the continuous tide of radiation captured and circulated by its host planet. Yet this field is a relatively weak 0.72 microtesla compared to the magnetic fields of Earth and Jupiter which stand at 65 and 417 microteslas respectively. ​This means that while the moon’s field provides some protection of its surface the intensity of these belts results in a yearly natural radiation exposure seven hundred times higher than that of Earth or one hundred times that of Mars. As a result, humans could not inhabit Ganymede in the same way we live here on Earth but would also be more free to roam the surface when compared to the unshielded and more irradiated Io. Instead of being stuck in an exotic lava tube under the surface (which wouldn’t be possible on Ganymede due to its theorized subsurface ocean and lack of geologic activity), one can imagine future humans watching the tiny sun rising over the horizon even if only for a short time. Seeing Jupiter as the dominant figure in the sky, 36 times larger than our moon appears from Earth, and watching the spectacular polar auroras as the radiation belts break against the moon’s magnetic field would no doubt be a fascinating sight and one that is well worth the engineering effort. 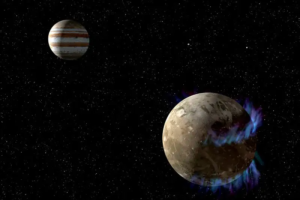 Figure 3: Artist’s rendition of auroras created by interactions of magnetic fields over Ganymede.

While unremarkable at first glance, Callisto is widely considered the best possible location amongst the moons of Jupiter for surface habitation. This is not due to a particular feature that this planet possesses such as a strong magnetic field but is simply a result of its location. Orbiting at a radius of around 1.9 million kilometers, Callisto is the farthest of the Galilean moons from Jupiter, residing around 1.8 times further from the planet than Ganymede. This simple increase in distance drastically reduces the radiation experienced at this moon’s surface to around 0.01 rem/day, only twelve times more than one would naturally receive here on Earth. As a result, humans could live on the surface of Callisto with just a sufficiently strong radiation attenuating glass between them and the remaining radiation from its host planet. In addition to this relative safety from radiation, this moon is composed of around 40% water. Not only would this be a valuable resource for potential inhabitants, but it could serve as a fuel source for further exploration into the outer solar system.

It is undeniable that the future of human space travel lies in developing permanent habitats on other worlds, even if that future seems distant. While the locations for this effort have already been determined to be the Moon and Mars, the Galilean moons, particularly Callisto, should be next on that shortlist. Not only would the settlement of these bodies be unprecedented achievements for mankind, the knowledge we would gain in the pursuit and realization of this goal would deepen our understanding of the system we inhabit.