In this series of posts, we sit down with a few of the keynote speakers of the 237th AAS meeting to learn more about them and their research. You can see a full schedule of their talks here, and read our other interviews here!

For decades, the existence of supermassive black holes has been indirectly observed through stellar motion at the centers of galaxies, and the emission from gas accreting onto black holes themselves. It wasn’t until almost two years ago in 2019, that the first direct image of a black hole was obtained thanks to the Event Horizon Telescope and a large collaborative effort among astronomers. Check out this astrobite for more details about this achievement. 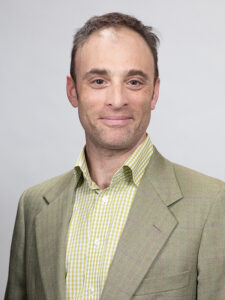 The Event Horizon Telescope uses the technique of very long baseline interferometry (VLBI), combining eight telescopes throughout the globe to get the ultra-high angular resolution required to observe a black hole down to its event horizon. At these small distance scales, Doeleman says, “You’re looking so close that you’re illuminating the space-time around the black hole with essentially a 3 dimensional flashlight. All the hot gas that is either rotating around, infalling, just about to be expelled […] is glowing, […] radiating preferentially in synchrotron emission […]. All the photons from this synchrotron plasma are lensed around the black hole, so you should wind up seeing a ring of emission around the black hole whose dimensions are perfectly predicted by Einstein’s gravity”

How it all started

Doeleman, who called himself an “instrumentalist at heart”, had a non-traditional approach to the start of his career. After graduating from Reed College with an undergraduate degree in physics, Doeleman headed to McMurdo Station in Antarctica to work on geo- and space-science experiments. There, he learned about how amazing science can arise under difficult circumstances. He explained, “You couldn’t go to the local store and buy what you needed, you had to fix things, you had to make things run using only what you had there because the station is isolated for half the year.” Since then, Doeleman has continuously used innovative approaches to push the boundaries of what we can achieve experimentally.

Doeleman became interested in radio interferometry as a graduate student at MIT, citing the influence of mentors like Alan Rogers and Jim Moran, both prominent figures in the field. In the late ‘90s, after finishing a postdoc also at MIT, Doeleman joined the Haystack Observatory as a staff scientist. It was there that Doeleman put together a group and set out to measure the size of a black hole.

“It took about 10 years,” Doeleman said, “to develop all of the instrumentation, to do all the experiments, we had failures—dramatic failures. […] You need to learn pretty quickly how to pick yourself up off the ground and dust yourself off.”

Doeleman pointed out the importance of learning to raise your own funds, using his early career as an example, “Normally, a staff scientist would, you know, work on facility instruments or work on some project that is being run by the observatory, but I was fortunate that I was able to write a number of my own grants and get them funded to do specifically the work that I wanted to do. […] So all along the way for many, many years I essentially had to write grants to pay my salary, and to underwrite this whole project. It’s not an easy thing to do, but it’s been extremely gratifying.”

The importance of early career researchers and taking risks

The success of the Event Horizon Telescope was largely due to a collaboration that now includes over 300 scientists. In particular, Doeleman emphasized the contributions of early career researchers such as postdocs, graduate students, and even undergraduates.

One example of such contributions was the algorithms used to construct the image of the black hole. Doeleman explained, “When we first started this, we thought that perhaps existing imaging algorithms might be suitable for the Event Horizon Telescope data, but it turned out that we needed all new algorithms. We had a wonderful team of early career researchers […] who ultimately pushed the state of the art of interferometric imaging way beyond what it had been before, and that’s what allowed us to make these first images.”

Taking part in cutting edge research is rarely without risk, especially as an early career scientist. As Doeleman shared, “If you’re going to do something speculative early in your career, that’s a big risk. That’s what happened with the Event Horizon Telescope. I kind of made the decision ‘This is really fun, this is cool and I think we can do this’ but there were probably other people who said, ‘We don’t want to go that route because it’s too risky’.”

One solution Doeleman suggests is to “create opportunities for people”, opportunities like being in charge of testing the imaging algorithms, or getting to be the first to take and analyze the data. “When you give people opportunities like that, then they’re willing to do something really grand that does require some acceptance of risk”, Doeleman added.

Another important aspect of the collaboration Doeleman shared was to “find a way for everybody’s work to be represented in the papers […] There were four different imaging teams, but each imaging team’s work found its way into the paper […]. At every step of the way, we included everyone’s efforts as part of the process, and that allowed everyone to really see their work reflected in the final results.”

Event Horizon Telescope: The next generation

The first results from the Event Horizon Telescope showed an image of the supermassive black hole at the center of M87, one of the two targets the project has been focused on since its inception, the other one is Sagittarius A* at the center of our own Milky Way. The images had an astounding similarity to the predictions from models, and the results have been included in hundreds of papers. So what’s next?

What if you could get not just an image of a black hole, but a movie?

Depending on the central mass, matter orbits the supermassive black hole in the order of hours to weeks, so you could get essentially real time movies of the motion around a black hole. In order to do that, you need advances in instrumentation and data processing. That’s where the next-generation Event Horizon Telescope (ngEHT) comes in. The ngEHT will have double the number of telescopes of the first generation Event Horizon Telescope, with the new telescopes in optimal locations, making an “Earth-sized lens”.

When asked when to expect movies of our own supermassive black hole, Doeleman said, “I predict that we’ll have movies of Sagittarius A* before the end of the decade. In 2010 […] we predicted we would see an image of a black hole by the end of the 2010s, so by 2020 and we did it, we made it with just months to spare. We’re making the same claim now […] We’ll have black hole movies by 2030.” 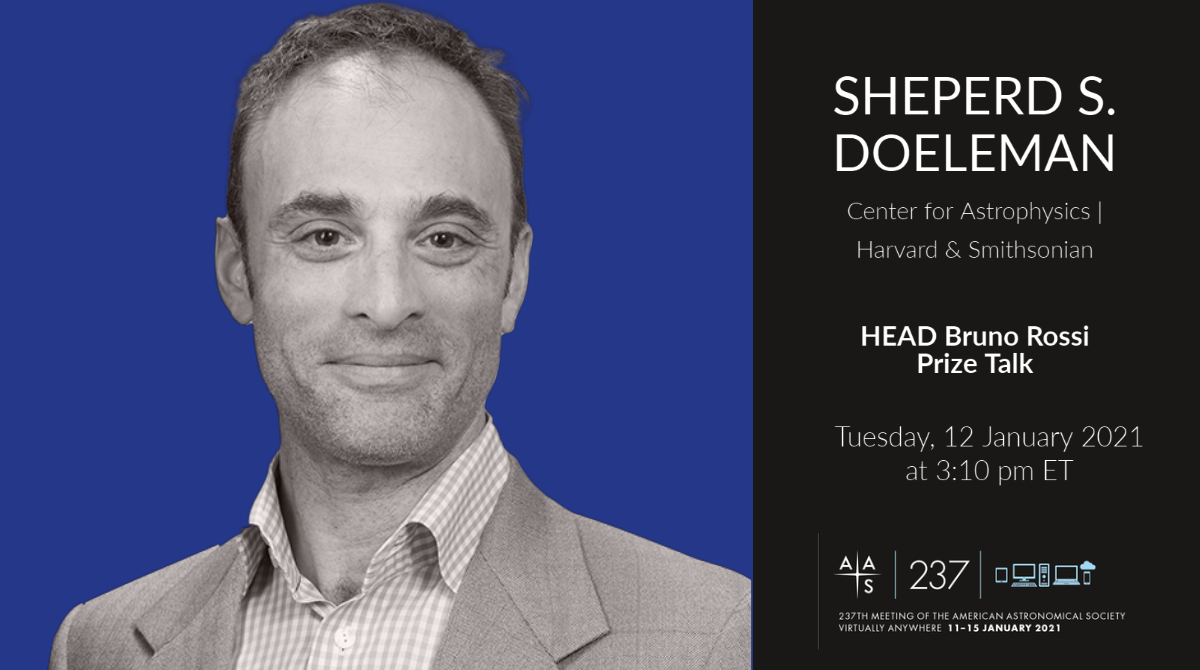