Is this how we will discover missing black holes?

Title: Deep into the core of dense star clusters: an astrometric and photometric test case for ELT

You can roughly divide black holes into 3 different types, like many other astrophysical phenomena, based on their masses:

It’s the group in the middle, the IMBHs, which have not yet been observed… conclusively… and their origins are hotly debated. 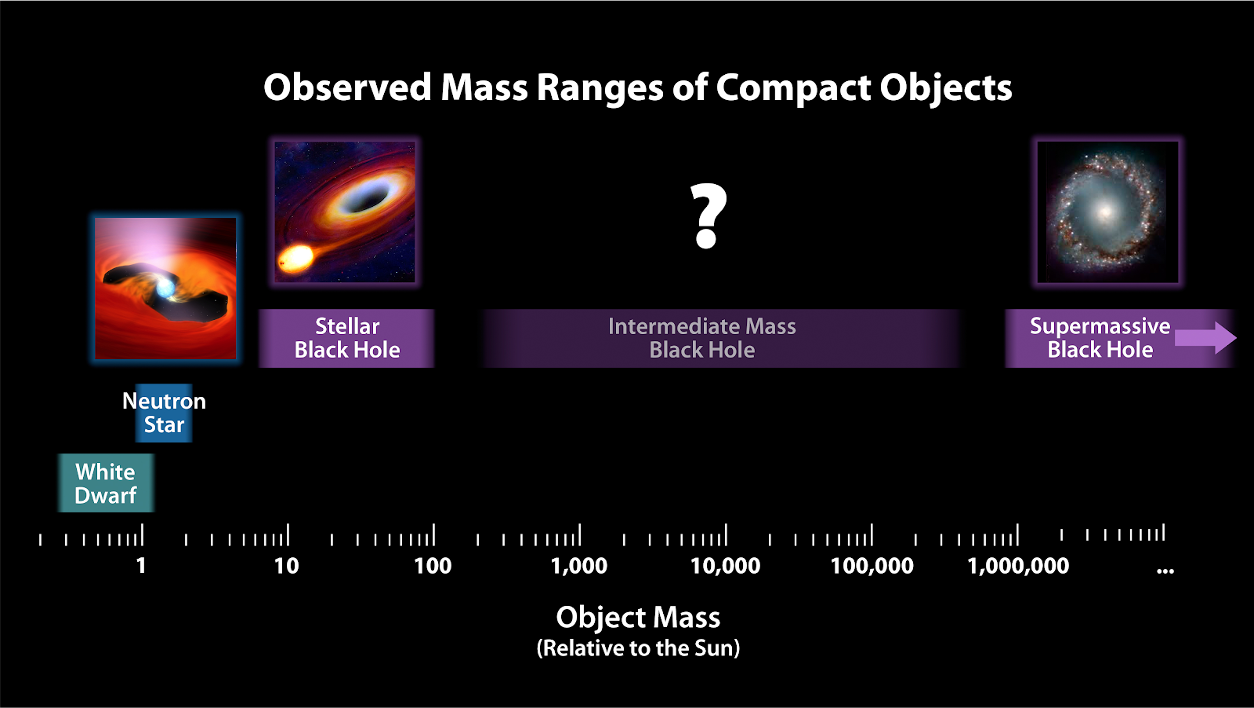 Sure, a lot of research groups have claimed to observe one, but these claims are either disputed or have later been corrected after further analysis. Interestingly, a very recent paper from LIGO lays claim to a binary black hole merger observation with a total mass of 150 M☉ via gravitational waves, however, the concrete evidence is arguably missing (this may be due to an underlying electromagnetic (EM) spectrum bias).

The paper at the heart of this Astrobite explains how the best bet of a confirmed observation (within the EM spectrum) may be with an extremely large telescope with an aperture diameter roughly greater than 30m across. In this case, we are talking about the European-Extremely Large Telescope (E-ELT) which will have a primary mirror 39m across, the name is no lie. 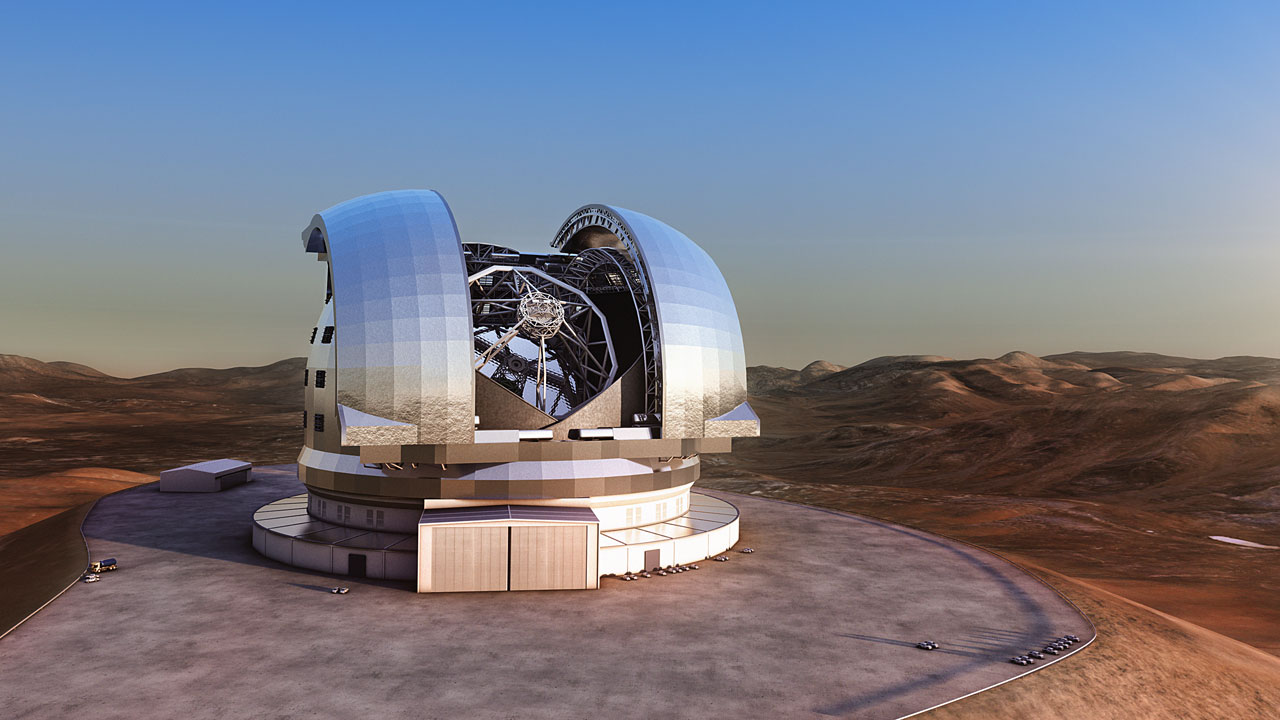 These large telescopes are very expensive endeavors and if you divide their development costs across their projected observing lifetime, one can get an idea of just how valuable the science data is. Just one second of observing time for the VLT costs ~1€, compared to ~10€ for the E-ELT, and observation times are often around the 30 minute mark (30x60x10 is left as an exercise for the reader). Therefore, the scientific community is required to devote effort to really understanding the feasibility of their observing proposals.

The authors of today’s paper try to understand if the quality of the astrometry and photometry that can be performed by one of the E-ELT’s instruments, MICADO (Multi-AO Imaging Camera for Deep Observations), is high enough to determine the presence of an IMBH in a dense star-forming region outside of our galaxy – thus building a case for valuable observing time. The region of choice is R136, a central concentration of stars in a star cluster, in the stunning Large Magellanic Cloud because it is an ideal candidate target for a potential IMBH to be unveiled by the E-ELT. 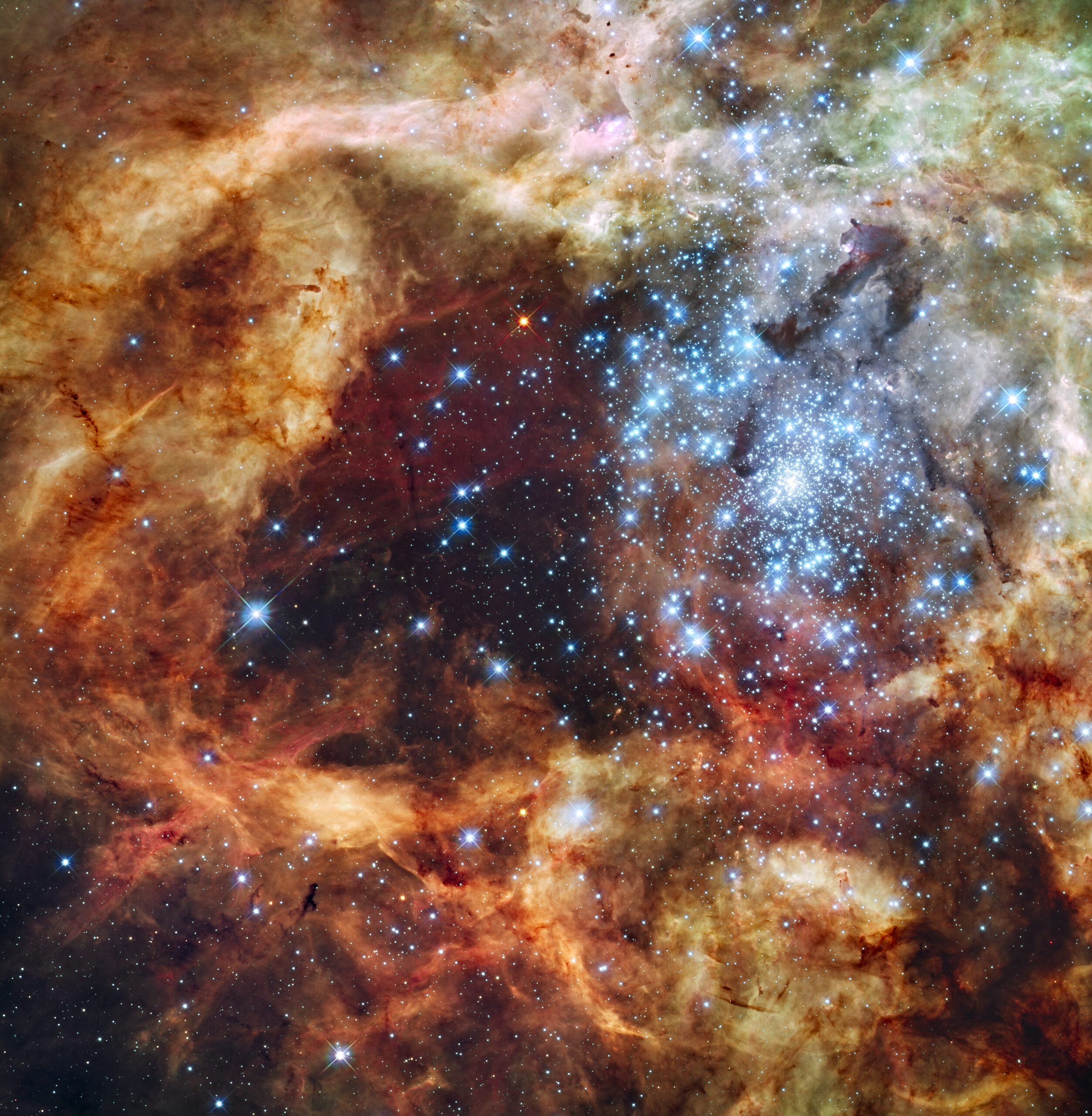 Galactic dynamics theory tells us that stars orbiting close to an IMBH should orbit with increasing velocity nearer to the centre. In today’s paper the team simulated this ‘dynamical signature’ with N-body simulations: one with an IMBH (

M☉) and one without. The models consisted of 100,000 stars at a range of distances from the cluster centre. Each model has two snapshots in time, 5 years apart, to simulate two different observations between which the stars will have moved a measurable amount. Figure 4 shows how the velocity (or more accurately the Proper Motion, which is the apparent angular motion of a star across the sky with respect to more distant stars) of the stars orbiting the centre would change with or without an IMBH. This variation arises due to the contribution of the IMBH to the gravitational potential – a high mass object in the middle. 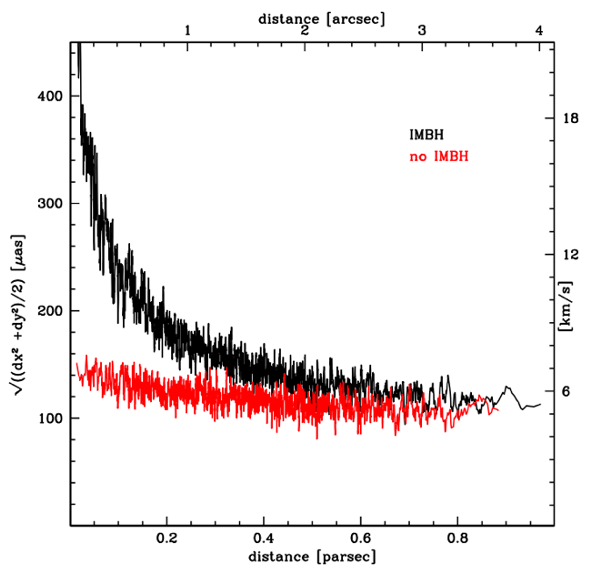 Figure 4: the running average of the cluster absolute proper motion as predicted in the presence (black) or not (red) of an IMBH in the cluster centre (Figure 1 in the paper)

Essentially, they take the simulated system and run it through an instrument simulator, which turns a ‘physical’ system into the expected observational data, and then try to determine the contents of the ‘observed’ data as a sort of test run. They considered a range of different observational factors such as exploring the effect of two different Adaptive Optics (AO) modes; single (SCAO) and multi-conjugate (MCAO), and the impact of using these across different wavelength bands (I, J, H, K). They also determined the accuracy and the precision of both the photometric and astrometric measurements for the different bands and different AO modes shown in Tables 1, 2, and 3 in the paper.

The simulations were a success!

The group concludes, shown in Figure 5, that they are able to detect such an IMBH with all bands and both AO modes, by measuring the velocity dispersion within the sphere of influence (~1pc for 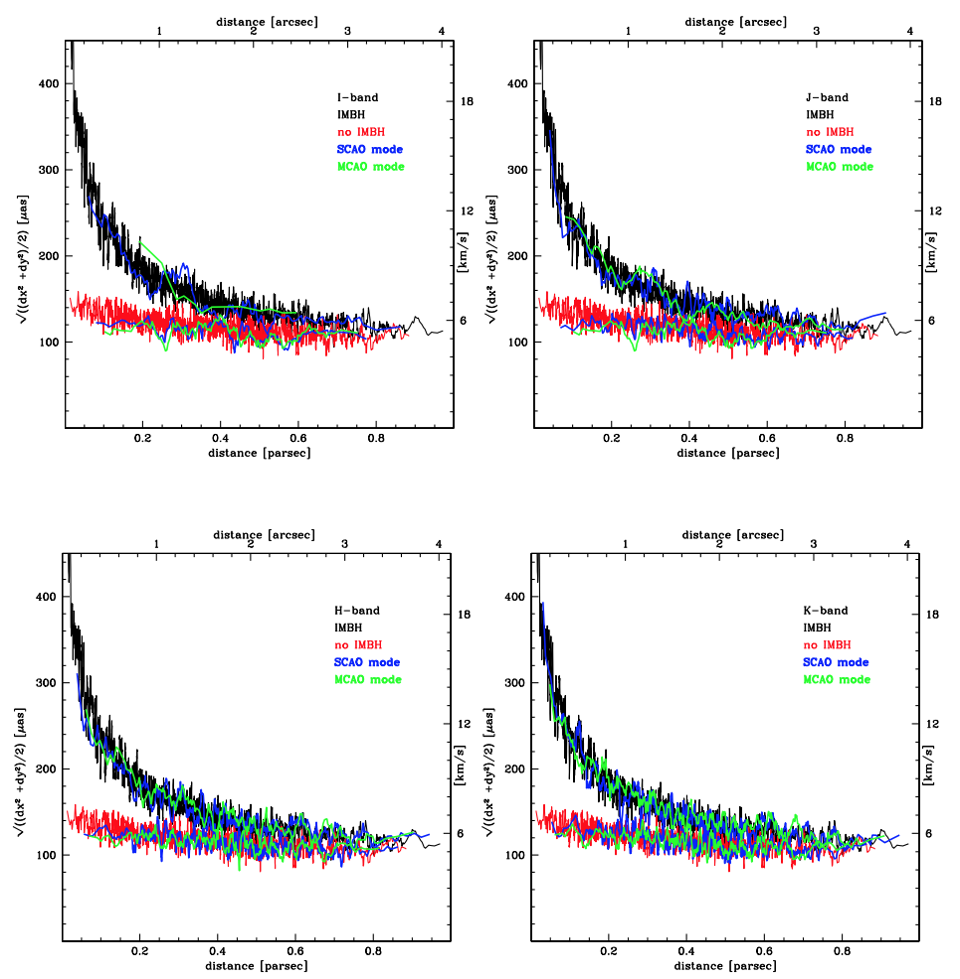 Figure 5: the theoretical proper motions of the two cluster models and the derived profiles by using both SCAO (blue) and MCAO (green) techniques, for all 4 photometric bands (Figure 10 in the paper).

This incredible result is thanks to the astrometric accuracy and precision, and the excellent resolving power of the AO-assisted E-ELT, which makes it possible to measure reliable positions for a large number of stars even in the inner 0.2 arcsec of a dense star cluster in the LMC.

This study used an IMBH of

M☉, which is considered a robust upper limit for an IMBH formed by runaway collisions or by repeated mergers, therefore it would be interesting to understand what the lower limit for detection would be. This is currently being undertaken by Sabha et al., who are also considering other star clusters and different distances. We should be keeping a close eye out for these upcoming results!

I'm a DPhil student at the University of Oxford, UK, in the Department of Astrophysics as part of the HARMONI team. I specialise in optical instrumentation for astronomy, and also get to do some science with observational data. In my career so far I’ve built telescopes for imaging the earth from space, and now I’m helping to build an instrument for imaging space from the earth using the world’s largest optical telescope, the Extremely Large Telescope (ELT).