Organizing an Online Conference: A Grad Student’s Experience and Advice

This conference was proposed by Dr. Sofia Sheikh (who successfully defended her thesis right before the conference!) and sponsored by the Penn State Extraterrestrial Intelligence (PSETI) Center. Our organizing committee consisted of 4 graduate students, one recent PhD recipient, and one post baccalaureate researcher: Sofia Sheikh, Macy Huston, Nick Tusay, Tessa Fisher, Dr. Claire Webb, and Evan Sneed. We first laid out our goals for the conference:

The group was initially named The Order of the Dolphin, after the group of early SETI researchers which Frank Drake brought together at Green Bank Observatory in 1961, using dolphin communication research as a metaphor for communication with extraterrestrial life. But, upon learning about the unethical treatment of dolphins by the researcher who inspired this name, we decided to move in a new direction. Adopting another species on Earth known to be quite intelligent in more recent years, we became the Order of the Octopus. Thus, we put together the 2021 Assembly of the Order of the Octopus. 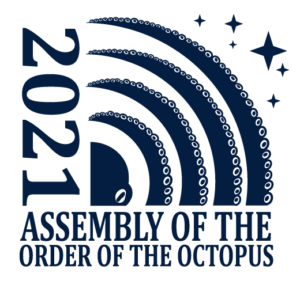 Figure 1: Conference logo, designed by Penn State Eberly College of Science Multimedia Specialist, Dani Zemba. We had stickers printed with this design and mailed them out to attendees after the event.

It was obvious that we would need to hold the conference virtually, due to the ongoing pandemic, but this also allowed for the better inclusion of international researchers as well as those with little access to travel funding. But, we needed to select an online venue. Zoom is the obvious go-to for virtual talks, but we also wanted something a bit more personal. We settled on using Gather to set up a virtual conference space, including a poster hall (shown in Figure 2 below) and social areas. This space also included an auditorium, which would allow easy entry into the Zoom room where talks were to be held.

We know, though, that Zoom conferences can get tedious fast. We wanted to find the right balance between allowing as much research discussion as possible with making things short enough to stay interesting. We settled on a two-day conference, with conference activities covering roughly 6 hours each day, July 29-30, 2021. With the organizing committee based throughout the continental US, we selected reasonable workday time for us, which would be evening hours for much of Europe, and unfortunately night for much of Asia and Australia.

With the basic logistics sorted out, it was time to start putting together our program. The main events would be:

We began sending out invitations to speakers, with the offer of honoraria. Dr. Jill Tarter, Chair Emeritus for SETI Research at the SETI Institute, accepted our invitation to present a keynote lecture and spoke about determining when the evidence of extraterrestrial life is good enough to tell the world. Our second keynote speaker was Dr. Denise Herzing, Founder and Research Director of the Wild Dolphin project, who spoke about using animal communication as an analog for extraterrestrial signals. We also heard from invited speakers Dr. Cherry Ng from the Dunlap Institute for Astronomy & Astrophysics, also affiliated with the SETI Institute and UC Berkeley, and Ajeya Cotra of Open Philanthropy about their research.

For our panels, we covered three topics:

We wanted to have a relatively small, personal environment, so we set a cap of roughly 100 attendees (including speakers and panelists). But how does one effectively reach out to every early-career SETI researcher? We sent our announcement to SETI-related listservs, including the International Academy of Astronautics’ Permanent Committee on SETI. We also directly emailed any such researchers we knew personally or were informed of through sizeable SETI programs like the Breakthrough Listen program’s former and current interns. We also used social media and the voices of well-known senior scientists in the field to spread the word.

Now, with this being a SETI conference, we had to be wary of people interested in discussing UFOs/UAPs (not a part of SETI, read more about why here), so we vetted each registrant with an internet search. We only had to exclude 1 person, who seemed only interested in promoting their business and whose website did not demonstrate evidence-based science. Ultimately, we ended up with 89 registered attendees. We sifted through the applications to select the 16 most relevant abstracts for participant talks, and offered the remaining applicants with SETI research to present poster slots. We divided the talks into four categorized sessions:

Each speaker was given 10 minutes to present their work plus 5 minutes for questions and transition to the next speaker. We ended up with a virtual poster hall hosting 18 posters in our Gather space. 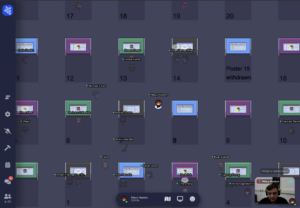 Overall, we think the event went great! We were able to have a lot of great discussion about our small but rapidly developing field. We were really impressed with the amount of early-career researchers working on SETI and what a broad range their research covers. I used the @PSETI_Center twitter account and #OotO2021 to live-tweet (with help from Sofia during the sessions I moderated or presented in) the event and start some social media interaction throughout the conference. We also put together a Discord server to keep in touch and collaborate after the conference. Our Zenodo community and ADS (bibstem: aoo) host posters and Zoom recordings, for those authorized by the presenter.

In summary, a group of motivated students can successfully organize and run a virtual mini-conference! These sorts of events are very important for early-career people to network, learn from one another, and practice presenting their work. The key points in planning your own are:

Best of luck with planning your next virtual conference!

Safely Gather-ing for Conferences during COVID